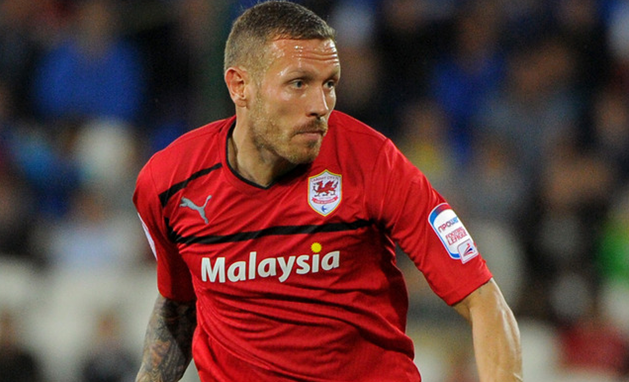 “It’s one for the neutrals” opine the footballing commentariat before every ‘top 4’ clash or local derby. But football, as a sport, is so tribal that it’s virtually impossible to be neutral in any tie.

The source of much of this partisanship is difficult to pinpoint, it’s simply a feeling, whether supporting the underdog, or supporting the team best placed to further your side’s standing. It is rarely rational, rarely considered, rarely based on anything greater than a hunch and occasionally pre-existing hostility.

And next season will see some old hostilities resumed, new to the Premier League but deep with historical ill will. As Cardiff City run away with the Championship, it’s possible look ahead to their mouth-watering clashes in the next campaign against Swansea City, consolidated comfortably as a top level mid-table side.

To us ‘neutrals’, there are some legitimate reasons why we may line up behind the swan or now adopted red dragon of Cardiff. Footballing purists enjoy the way Swansea play the game, the suave coolheadness of Michael Laudrup, and the prowling and predatory play of Michu. Cardiff would be the new boys, underdogs, the familiar plucky promoted side doing their best.

But there’s more to this derby clash than local rivalry.  Both clubs are very modern, but hugely contrasting examples of how football clubs are reacting in a hyper-globalised world, in an era of massive corporate spending power and the extending, cross-continental reach of English (or Welsh) clubs to emerging markets in the East.

Take a look at the actions of Vincent Tan, the Malaysian billionaire who bought Cardiff back in 2010. Like a business chief taking on an ailing company, he immediately sought to refresh its brand.  In 2012, Tan managed to change the club colours from blue to red, dumped their ‘Bluebirds’ moniker, and emblazoned a huge red dragon on their club crest. To hammer home these changes, and build ‘brand identity’, Tan gave fans free red scarves before a recent home game against Brighton. In response to critics, Tan has sought to justify the move by drawing a link between Cardiff and the red shirted Manchester United and Liverpool who enjoy large followings in Malaysia. As Cardiff have cemented their lead at the top of the table, Tan told the BBC last week that he was willing to countenance removing ‘City’ from the club name next season and create the ‘Cardiff Dragons’, a name more reminiscent of winners of the Super Bowl than the npower Championship.

At Swansea they’ve taken a different path. After their League Cup glory, it’s a tale we’ve become accustomed to hearing. In 2003, Swansea narrowly escaped slipping out of the Football League, and were swamped with debt. Local businessman Huw Jenkins was part of a consortium at the time which had just taken ownership, and their subsequent 10 year story on the pitch doesn’t need repeating here. What is significant is how they have proved resilient against the very modern footballing pressures which Cardiff have grappled with. The club posted a £14m profit last season – a profit – and Jenkins recently outlined his cautious, phased plan for developing the Liberty Stadium. What is less known is how the club is owned – 20% by its fans, with a fans representative on the board – the only one of its kind in the top flight.

Two clubs, both alike in vicinity, and yet both so different. With all the money sloshing around football at the highest level, it’s tempting to make a grab for the biggest pool. But with the greatest of respects to Cardiff, either as City or as Dragons, they are not Manchester United, and ‘breaking Asia’ won’t be easy. Swansea, with their localised, supporter led, in-built footballing philosophy model represent something else. The Parliamentary Culture, Media and Sport Select Committee in their recent report on football governance recommended that rules are changed to make this type of ownership easier to implement. But for the moment Swansea are an exception.

So, when Wales’ two biggest clubs possibly meet in the English Premier League next season, it’ll represent more than just a battle for three points and local pride. They will represent two competing visions of football’s future, each battling for supremacy. One for the neutrals? Hardly.