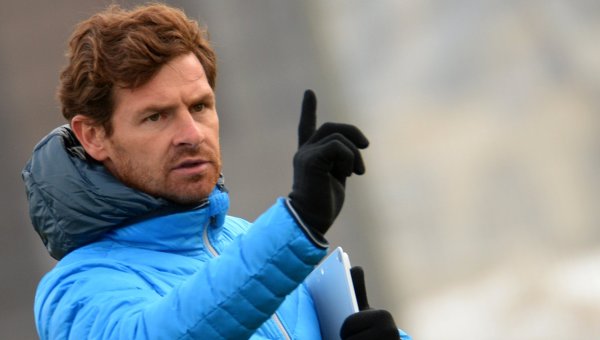 One thing’s for sure: André Villas-Boas does not shriek a challenge.

At just 21, the Portuguese entered the realm of international management and took charge of Carribean minnows, the British Virgin Islands, in 1998.

Eleven years later, Villas-Boas returned to the frontline with Académica, a team who were winless and adrift in Portugal’s Liga Sagres.

Rejecting the chance to seamlessly build on his incredible season with Porto in 2010-11, Villas-Boas headed for Chelsea under immense scrutiny and instant pressure.

Following a torrid time at Stamford Bridge, Villas-Boas vowed to prove himself at a club who had sacked six managers in seven seasons, Tottenham Hotspur.

Clearly, Villas-Boas has itchy feet and despite being just 36 years of age, the Portuguese is to take his sixth job in management.

Despite a globetrotting career in football – that has taken him to five different nations, including his involvement with José Mourinho at Internazionale – a clear theme has emerged.

Continually written off as stilted, paranoid and immature, Villas-Boas has always aimed to bounce back as quick as possible – regardless of risk.

Clearly, Zenit represents a final opportunity at managing at the very highest level, i.e. a title challenger who regularly competes in the Champions League and has ambitious owners.

That will have played on Villas-Boas’ mind when the offer came through: what brought him to the forefront of world football was operating in a ‘minor’ league and being allowed to build the club thoroughly in his image.

The only difference here is that Zenit are far from your conventional club.

Focusing on the club’s on the field matters – and leaving aside Zenit’s well-documented struggles with racism in recent years – Villas-Boas is entering a dressing room tore apart by civil war.

After all, the secret of Luciano Spalletti’s success at Zenit, between 2010 and 2012, was primed, homegrown talents like Igor Denisov and Roman Shirokov.

The brains, spine and embodiment of Zenit’s landmark success since 2008, the pair were unceremoniously discarded last season after justified contract demands.

It alienated Spalletti, given how key players like Aleksandr Anyukov, Vladimir Bystrov and Aleksandr Kerzhakov were close friends of the Russian pair.

It was hardly an unforeseen crisis on Spalletti’s hands; after all, some two years after the high-profile arrival of Alex Witsel and Hulk, the tension within the squad had reached an unbearable level.

Witsel and Hulk were on fairly standard wages of £67,000 and £115,000 per week respectively, but this was double, if not triple, what most of the Zenit squad were on.

It was all a hark back to Real Madrid’s flawed Zidanes y Pavones policy, but with two further caveats: firstly, Zenit’s ‘homegrown’ players were more than adequate; and, secondly, Spalletti did not sanction the signings of Witsel and Hulk.

Tellingly, the Italian’s stock fell within the squad – with Spalletti, quite naturally, favouring the non-Russian clique of Cristian Ansaldi, Luis Neto, Danny, Witsel, Hulk and Domenico Criscito of late – and the former Roma manager was unable to build on his success with Zenit’s expensive new arrivals.

In a way, for Villas-Boas, this two-year wreckage is welcomed and unlike at Chelsea and Tottenham, following Gareth Bale’s departure, the rebuild has been instigated and paved for the Portuguese.

Pleasing the owners, Villas-Boas is sure to embrace the club’s expensive imports and in being reunited with Hulk again, the Portuguese will feel he can replicate his Porto blueprint from 2010-11.

That, yet again, will require Villas-Boas to come in and change a club’s playing style but, clearly, the Portuguese is undaunted.

First, though, there’s the small matter of overhauling Lokomotiv Moscow’s three-point lead at the top, with just eight games left to play.