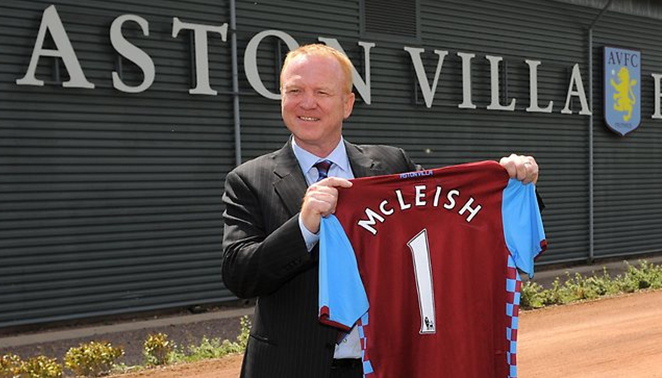 For many, the exit of Martin O’Neill as Aston Villa manager at the beginning of the previous season was the prime reason for their decline. When O’Neill took over for the 2006/07 campaign, Villa had finished a lowly 16th the year before under David O’Leary, managing only 42 points.

In his first season in charge, O’Neill took his new club up to 11th, before three straight seasons of 6th placed finishes, bringing European football and a renewed sense of optimism to Villa Park. At the time, many saw Villa as a side that could potentially break into the top four and potentially earn a Champions League spot, finishing successively closer each season, despite being behind Everton. The emergence of a strong core of English stars like James Milner, Ashley Young, Gareth Barry, Gabriel Agbonlahor, Luke Young, Stewart Downing, and Stephen Warnock, along with important contributions from Martin Laursen, Brad Friedel, Stiliyan Petrov, and others. But the worrying trend has been their tendency to sell their best players, rather than try and fight off interest- Barry, Milner, Young, Friedel, and most recently Downing have all exited for bigger paychecks and declared higher ambitions. Darren Bent may well be puzzled, stating that he came to the Midlands to win trophies, only to have owner Randy Lerner sell Young and Downing, while letting Friedel go for free to Tottenham. Those three topped the list for appearances in Gerard Houllier’s side last year, and their departure represents a loss of 14 goals, 17 assists, and 128 saves.

The sale of Milner to Manchester City proved to be the final straw for O’Neill, and the Northern Irishman resigned, leaving Frecnhman Gerard Houllier to set off on a lone season in charge, which saw a disastrous cocktail of poor results and ill health have Houllier resign his position at the end of the season. Alex McLeish’s appointment sparked protests from sections of Villa’s support, with the Scot’s Birmingham City connections (and relegation last season) worrying for some. But now the onus is on McLeish and co to spend the money earned from the sales of his two prized wingers, and the early signs are positive. Shay Given will join for under £4 million from Manchester City, shoring up Villa’s goalkeeper crisis in the wake of Friedel’s departure, and at 35 the Republic of Ireland record cap-holder still has years of top-class service to give.

The pending addition of Wigan winger Charles N’Zogbia will also be crucial in rebuilding the side, but beyond that signing there is still work to be done. Scott Parker has been linked with Arsenal, Chelsea, and Spurs, but McLeish has been rumored to have a big interest in the West Ham captain. Stephen Warnock and Richard Dunne have been brought in from the cold after spats with Houllier, with McLeish proclaiming he wishes both to stay at the club. Along with James Collins and Ciaran Clark, Villa do have the making of a strong back four, but depth is needed. Stephen Ireland has also stated he wants a “fair crack” at Villa, after also falling out with Houllier and going on an unsuccessful loan spell at Newcastle which saw injuries limit his use. His effect remains to be seen, and although Jean Makoun was one of the lone bright spots last season, midfield remains the main area in which McLeish will look to add players. Petrov remains, as does Fabian Delph, who has so far failed to live up to expectations. Marc Albrighton will most likely feature much more regularly considering the loss of Downing and Young, and Scottish youngster Barry Bannan may also see more time.

Up front, Bent and Agbonlahor are the clear danger men, but behind them only youngster Nathan Delfouneso and Emile Heskey are there to provide cover, who are at contrasting points in their careers. Delfouneso is just 20, and is earmarked for big things having come through the youth ranks at Villa Park, also representing England up to U21 level. Last year, he made just 16 appearances in all competitions, scoring two goals (one in the league, one in the FA Cup). Heskey, meanwhile, is at the end of a long career, and has failed to be as effective as desired since his move to Villa in 2008 from Wigan; the 33 year old scored just 3 goals in 19 Premier League appearances last term, with just a single assist.

Much remains for McLeish to put in order this summer, but with smart moves, and perhaps a bit of luck that deserted them this past season, Villa should again be comfortably top half, even in a very competitive Premier League, and challenging for a top seven spot come next year.

One thought on “Villa Begin to Rebuild Under McLeish”