Louis van Gaal is showing his ruthless streak in letting Robin van Persie leave Manchester United, but he is taking a gamble in selling the striker now.

It’s only just over 12 months ago that Van Gaal and Van Persie were celebrating animatedly at the World Cup and there was even talk that the United boss would make his fellow Dutchman the new captain at Old Trafford. 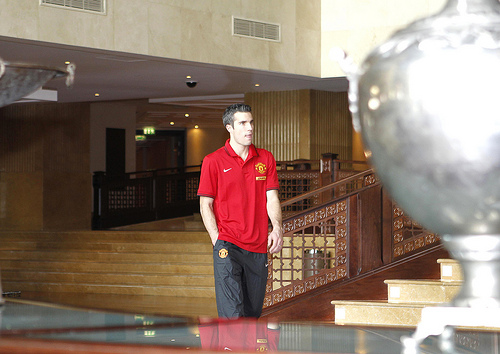 by Doha Stadium plus

But there are now claims that Van Persie feels ‘betrayed’ by Van Gaal as he follows former team-mate Nani in joining Fenerbahce.

Going on last season’s form, selling Van Persie and taking a huge chunk off the wage bill is the right move from Van Gaal, irrespective of the player’s feelings.

Van Persie scored 10 goals in 27 Premier League appearances, which isn’t the worst return, but it was the nature of his performances which was the problem. There were too many occasions when Van Persie looked to have lost a yard or two of pace.

The know-how of where to run was still there, but the legs always seemed a step behind Van Persie’s thinking.

With United also looking at their best and most dangerous with Wayne Rooney as the main striker in a 4-3-3 formation, there was no room in the starting line-up for Van Persie. Rightly, he’s at the age where he’s not going to settle for being anybody’s back-up.

But, in also jettisoning Radamel Falcao after a return of four goals in 26 league games during a season-long loan, Van Gaal has currently left himself with just Rooney as a senior striker.

James Wilson has pace and potential, but he is some way short of being United’s back-up plan.

Undoubtedly, Van Gaal will have players in mind to improve his strike-force, but in letting Van Persie go first, United are now in a weaker position given that rival clubs will be fully aware of that need and urgency for a striker.

It’s not as if the players United have been linked with are going to be easy to sign either.

Bayern Munich’s Thomas Muller has re-emerged as a target, according to reports, but it’s hard to imagine signing him and Bastian Schweinsteiger.

Tottenham are going to play hard-ball, if they play ball at all, regarding United’s interest in Harry Kane, while Paris St Germain’s Edinson Cavani and Napoli’s Gonzalo Higuain aren’t cheap options. 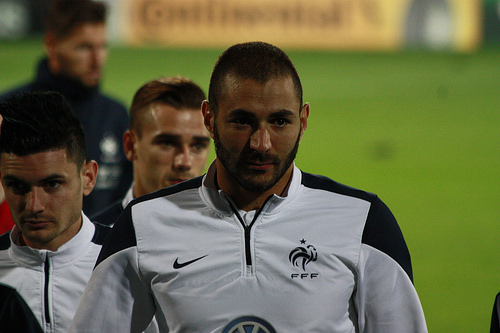 Following the images of Sergio Ramos hugging Real Madrid president Florentino Perez, it could be that United turn their attention to another player at the Bernabeu in the ongoing negotiations about David de Gea’s future. Karim Benzema would certainly add to United’s squad, but Real are not exactly overloaded with strikers either.

United do at least know how much they would have to pay if they step up an interest in Christian Benteke as the Aston Villa striker has a £32.5million release clause.

Whoever United do bring in to replace Van Persie and Falcao is going to be among the favourites in the football betting odds to be the Premier League’s top scorer, but it’s likely to be a drawn-out pursuit over the next few weeks.

If there is a consolation, it’s in the knowledge that there is a greater goal threat spread through the team now due to the likes of Ander Herrera, Juan Mata, Angel di Maria and new signing Memphis Depay.