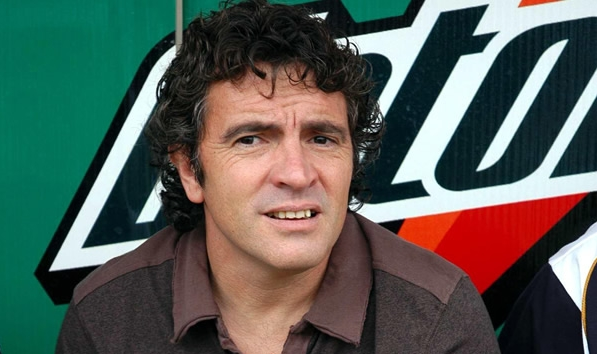 The man who made his name as the youngest ever manager in the history of La Liga at the age of 29 and who Guardiola described as the mentor who ‘taught me how to understand the game’ is now being linked with a new job…as Technical Director for INDIA!

How can a coach who taught the greatest philosopher in world football how to understand the way in which the game should be played, be linked with a role that most people in the footballing community don’t even know is currently available and quite frankly don’t even care?

The fact is Juan Manuel Lillo has never truly been credited by world football with the respect and admiration the Barcelona boss bestows upon him.

The Spaniard is a rarity in that he has never actually played professional football as a career but worked his way up as a coach at amateur level from his teenage years. 16 years on from back to back promotions with UD Salamanca, as he guided them from the third to the first division in as many seasons, and Lillo is an experienced coach at the age of 45 who has gained publicity for his unique training methods and footballing ideas. Lillo is seen by many as the founder of the 4–2–3–1 formation, which he frequently used in his early coaching years at Cultural Leonesa, Salamanca and Real Oviedo.

This formation allowed his footballing philosophy to become a reality on the pitch, as he set up his teams to retain possession of the ball and maintain a high position up the field when trying to win the ball back off the opposition. The principal feature of this formation was that it enabled the team to keep the ball –a feature in modern day football that is fundamentally associated with the tiki-taka style of play of Guardiola’s Barcelona.

This set-up allows a five-man midfield to use intricate passing as a way to frustrate the opposition and use Lillo’s philosophy of passing football to its full effect.

There are, however, still differences between the two styles adopted by Lillo’s teams and Guardiola’s Barcelona but the premise of possession football and off the ball positioning still remains and is what drew the two into a friendship of footballing brains.

Many would consider the modern day Barcelona of Messi and friends as the product of Johan Cruyff and the philosophy of ‘total football’ that he has ingrained into the culture of the club. Of course this is true in so many ways but the mastermind behind this current team, Josep Guardiola knows that even though he learnt so much as a player under the tutelage of the Dutchman, the true influence on his footballing education was his mentor, Juanma Lillo.

Ironically, it was actually an 8-0 home defeat to Guardiola’s Barcelona that got Lillo the sack from his last job, as head coach of Almeria. It may have been a humiliating scoreline for an outsider looking in, but in reality it was a vindication of the work Lillo had been doing for the past 20 years as his apprentice had created arguably the greatest footballing side in history and it was down to the footballing principles they had sought after and discussed so passionately throughout the years together.

It is a shame the two have never officially worked together, a partnership in the dugout that would excite any fan of the beautiful game.

Lillo, however, is not a man who can play second fiddle to anyone, as the genius behind the 4–2–3–1 formation is a maverick of the game, who still has so much to give to the world of football.

The Indian Football Federation are keen to bring the experienced tactician into the national team set up, not as manager but as Technical Director, which would give him the sort of control not normally seen in a managerial position in Spain. The position would give him a chance to keep a check over new head coach, Armando Colaco and play a crucial part in the development of Indian football as a whole for generations to come.

The opportunity may sound like an interesting project and the sort of thing that would inspire the innovator to bring new ideas and a new philosophy to the Asian game but for such a talented manager it is not good enough, he deserves so much more.

The ‘maestro’ as Guardiola refers to him, may never get the recognition and respect he warrants in the game but at the tender age of 45, time is still on his side to prove he is good enough to manage one of the top clubs in Europe.

Given the current state of the game and his lack of experience as a player however, this objective is regrettably unlikely.

Even if technical director of India is the best there is to be for the future of Juanma Lillo, then at least those who followed his career will always know he was the man that taught Guardiola how to combine the art and mentality of their footballing philosophy into the greatest footballing side in history.

Season ticket holder at Old Trafford and keen follower of both EPL and La Liga.