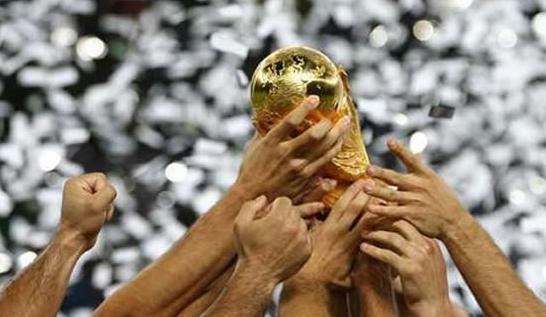 When Sepp Blatter mounts his PR plinth and robustly declares that “fair working conditions with a lasting effect must be introduced quickly in Qatar” as he did this week, the eyes of an exasperated audience roll back and browsers are refreshed to reveal more troubling prophecies from global watchdogs about the impending apocalypse awaiting the emirate’s migrant labourers as 2022 approaches. Every week layers are added to the thickening mesh of malpractice, inefficiency and abuse that further entrench the Qatari workforce in the quicksand of modern-day serfdom, whilst Blatter chirps blithely about hitherto invisible reforms and his organisation’s commitment to humanitarian fair-play.

But unlike the usual hot-air that puffs out of Zurich whenever FIFA HQ serves up a fresh order of its dithering incompetence and wilful indifference to ethicality there is cause this time, with the international labour movement bearing down, for the world to be hopeful. Change to a lesser or greater extent is inevitable, though likely in spite of rather than because of Blatter’s empty reassurances, and the international attention channelled by the World Cup will bring unbearable pressure down upon the racketeers that have rotted the Qatari labour market. The greatest threat to reform now would be for the transparency that the global media spotlight has helped usher in to be blocked – a likely consequence if International Trade Union Congregation president Michael Sommer’s threat to pressure FIFA into withdrawing the tournament from the emirate is realised.

The ITUC have so far been one of the driving forces behind the exposé on the systemic abuse that drives Qatari labour. In a state where migrants make up 90% of the workforce rogue contractors rig terms of employment to prevent dissatisfied workers from leaving the country, withholding passports and wages until desperate men submit to Dickensian conditions that strip them of basic human provisions. Free movement of labour is an illusion in Qatar, and Sommer’s organisation have been working closely with FIFA and the publishers of the most revealing insights into the state of play on the ground in Qatar, Amnesty International, to bring the problems out of the shadows and into the executive board rooms in Zurich and Doha.

The mortality rates for Qatar’s migrants, dug up by Amnesty and projected to reach an unforgivable 4,000 by the time the World Cup begins at some non-specified point in 2022, have found their way onto almost every domestic news platform around the world and have received unilateral condemnation. But as the media races ahead of itself indicting the unregulated mess in the Gulf state an infectious pessimism has come to dictate the discussion on Qatar, one that infers the future will inevitably be a repetition of the past and forgets the axiom that transparency is the first bastion in the fight against corrupt, self-serving bureaucracy.

The Kafala system, which binds overseas workers to a sponsor – in this case an employer – and prevents free movement without fixed permission, is a gross misinterpretation of an ancient Islamic ritual intended to guarantee hospitality and guardianship to outsiders. It has, in its wretched, manipulated form, been stripping migrant workers of their rights and making Qatar a deeply exploitative environment for foreign labour for as long as the state has been experiencing its perpetual, oil-driven construction revolution, and the grinding poverty in neighbouring Nepal and the Asian sub-continent has created a long-term flow of workhands to the only local economic polity buoyant enough to keep them employed. The result has been generations of abuse that are only now falling within the western media’s critical glare, and the World Cup has done little more than simply augment a crisis that existed long before Zurich became involved. 2022 hasn’t created a fresh problem, rather cast light on one that had been in desperate need of international attention.

That attention is now coming from all angles and brings with it promise that there are workable solutions to be found. Amnesty and the ITUC have already broadened the horizons of journalists and governments for whom workers’ rights in the Gulf were not on the agenda and Blatter and the Qatar organising committee are being forced into a dialogue with the international trade union movement that can only lead in the direction of change (sceptics should look to Simon Kuper and Stefan Szymanski’s brilliantly argued notion that football as a business courts financial gain only as a means towards gaining prestige, therefore the authorities in the Gulf will likely bear any cost necessary to ensure their most treasured prize isn’t snatched away. Perhaps Sommer was right to engage in scare-tactics over re-assigning the tournament after all?).

There’s also a precedent for the kind of change possible when force is applied to the right pressure points at FIFA; legislation and monitoring of child-labour practices in the manufacture of footballs have been stepped up progressively over the last decade after high-profile lobbying from the International Labour Organisation. 2022 represents another opportunity for the football authorities, by accident or design, to correct a crick in the old world order. But in darkness nothing can thrive, and only under the full glare of the World Cup stage lights can revolution run its course for Qatar’s invisible toilers.