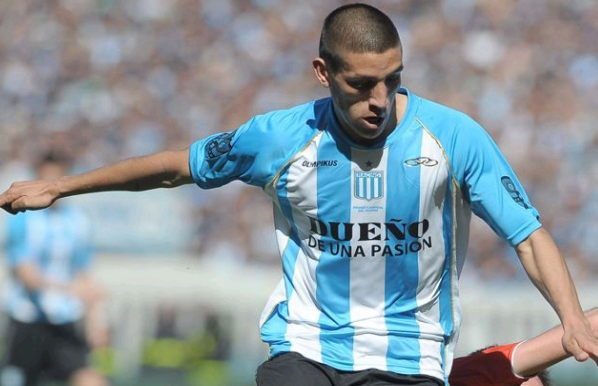 The Under 20 South American Championships begin in Argentina on January 9th and the games a veritable gold mine for football talent. Some of the finest footballers on the planet shot to prominence as a result of performances at these games.

Previous top goal scorers include Edinson Cavani and most recently, Neymar. Javier Mascherano, for example, shone at the 2003 tournament before ever getting picked by his club. Oh, and some bloke called Lionel Messi was the star of the 2005 tournament.

Therefore, with all of that in mind, here are five players to keep an eye out for at the 2013 Championships:

Centurion is one of the hottest prospects in Argentina, and he will be one of the host’s key men. Comfortable on either wing, Centurion has drawn comparisons with compatriot Angel Di Maria in a season that yielded three goals in twenty one appearances. The Racing Club forward has already demanded much European attention, with Napoli one of many clubs believed to be interested in the nineteen year old.  He has already received a call up for the senior squad, although the squad consisted entirely of domestic-based players. If Centurion delivers upon his dazzling potential, he will get plenty of opportunities with the full national squad. Perhaps he’ll even rack up enough appearances to appease lazy headline writers.

Iturbe formerly played for Paraguay before declaring for Argentina in time to star at the previous tournament two years ago. He scored goals of both style and substance: winners against Uruguay and Brazil were augmented by a dazzling 40 metre solo effort against Chile. The diminutive forward is comfortable in any position across a front three, and possesses both a low centre of gravity and twinkling toes. Naturally, therefore, most of his Youtube results yield “Iturbe: The New Messi”. His performances two years ago earned him a move to Porto, which, at just 17, may have come too soon. With the likes of Hulk, Jackson Martinez, James Rodriguez and more providing stiff competition, Iturbe found opportunities limited. This may soon be remedied however, as he recently completed a six month loan deal to River Plate.

We should all know Matheus. The name may not ring a bell, but by putting the following words together you’ll know exactly who he is. 1994. World Cup. Bebeto. Celebration. Cradle. Rocking. Subsequent. Overkill. To make you really feel your age, Matheus is the son of former Brazil star Bebeto, who celebrated both his son’s birth and a World Cup goal with his by now all too familiar cradle rocking celebration. His father always believed that Matheus would make a competent footballer, as he saw his son exhibit an unusually high level of co-ordination and balance from an early age.  Matheus made his debut for Flamengo in Brazil as an 18 year old, earning him a call up to the Under 20 squad. An attacking midfielder, it is immediately within the realms of possibility that he will have a goal to celebrate at these championships. Hopefully he won’t have the recent birth of a child to celebrate at the same time.

Brazil is undoubtedly renowned for its array of extraordinarily talented attackers, but in Doria they may have unearthed a fine defender. He is one of a rare breed of player: a left-footed centre back. He plays with Clarence Seedorf’s Botafogo in Brazil, where he made his debut aged just seventeen. The greatest compliment to his talent is that he has already received some lustful glances from Juventus, a club that no one or two things about what constitutes a great centre back. Doria has a bright future in the game; expect his reputation to glow further in Argentina.

Bueno is a Uruguayan forward, and will turn twenty during the tournament. Most effective from the left hand side, Bueno rose to prominence as a substitute for his club Nacional in the great Uruguayan derby against Penarol. With this side trailing 1-0, Bueno scored the equaliser before winning the penalty that ultimately own the game for Nacional. Bueno has since scored seven times in 18 appearances for Nacional this season, and now will hope to transfer his fine club form to his nation’s Under 20 side. Described by some as the new Diego Forlan, Bueno, like Forlan hails from the capital. If Bueno hits top form in Argentina, we are unlikely to see a Montevideo-nasty.

Gavin is a nineteen year old student from Longford, Ireland, currently studying History and English Literature in Trinity College Dublin. He has a column at thisisanfield.com, and has previously contributed to the Irish Independent, RTE 2FM, Joe.ie, The University Times and, most famously, Fermoyle National School's Christmas Newsletter 2008. He would never want to belong to any club which would have the likes of him as a member.