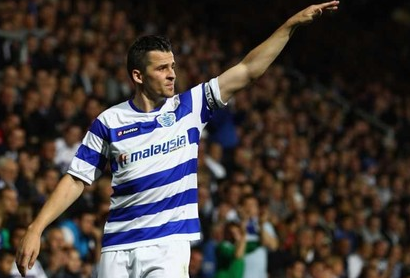 Twitter has recently become the hot topic for the sporting media to discuss, or more accurately certain footballer’s use of Twitter. With this in mind I thought I would offer my thoughts on the subject.

The main gripe people seem to have is that Footballers are representing their club and therefore must censor what they say. Surely they should simply write the well-worn phrase “These views are my own and not those of my company” or in footballer’s case “my club”. This is, of course, what got Nathan Eccleston in a spot of bother last week. Liverpool felt the need to publicly denounce a tweet of his so as not to be associated with his views. They were probably right to do so, but it does raise the question of when a club should get involved.

I read an article a while back, mocking Rio Ferdinand for commenting on the Rooney swearing saga, saying (or rather tweeting) that there were bigger problems in the world, like civil wars in Libya and the Ivory Coast or the tsunami in Japan. Whilst Rio may not be an academic or possess a PhD in politics, I am not sure intellectual snobbery is necessary. Surely we should be happy that he has an idea of some of the issues the World, outside football, is facing. Most people, including those of you reading this article, will comment daily on subjects well outside their areas of expertise, forcing ill-informed opinions on anyone who will listen. The difference is that Rio has over a million people listening, but raising awareness of issues in even a small way should be praised not mocked. The journalist continues, pulling Rio up for using the word ‘lynched’ and suggesting unless he is talking of the public execution of a person without trial he should not be so liberal with the word. This is a bit rich coming from a journalist; a group of professionals who intentionally and freely mislead their readers with their lexicon on a regular basis.

Joey Barton has faced similar derision of late. One journalist poked fun at Barton using ‘his book of quotations’ suggesting he was tricking people with some kind of faux-intelligence. So what do we want from our footballers? It seems we are comfortable with the banal drivel that we usually hear from pundits and many ex-footballers doing the media circuits; or “model professionals” like Michael Owen or Cesc Fabregas on Twitter. That is not to say there is anything wrong with this middle of the road commentary. However, I feel we need Footballers out there that have an opinion and want to express themselves, as long as it does not cross into unsavory areas, and to date I am not sure any have.

Recently Liverpool felt that a young reserve player, Nathan Eccleston had crossed this line with his 9/11 related tweet. He tweeted:

I ain’t going to say attack don’t let the media make u believe that was terrorist that did it. #OTIS.

It was insensitively timed (on the 10th anniversary of 9/11), and the fact that Liverpool is now under American ownership made it an immediate issue for the Club. I think Liverpool dealt with it in the right way and most seem to have forgotten about it. The fact it was a low profile player no doubt helped the cause. My issue is not with Liverpool’s reaction, but with whether Eccleston is entitled to tweet, what is his opinion, to his followers. He did not say anything racist or show any prejudice. He did not comment on the tragedy itself nor did he suggest that it was not a terrible event for which people are rightfully mourning. He was merely commenting on the circumstances of what happened and what he believes to be a conspiracy. Whilst many may think this an outlandish suggestion, if you should Google “9/11 conspiracy theories” you get 62 million results. He is not alone in his beliefs.

So where does a club draw the line? Who decides what stance a club takes on a particular issue raised? Is it the Press Office? The Board? The Manager? Are we now to suggest we must believe everything we read in the media? The main thrust of Eccleston’s tweet is that we should not. Do the media now dictate what is true and false? What if a Manchester City player had tweeted the same thing. With their owners coming from the Arab World and being of Muslim faith would their attitude have been different? Why should a player share the same beliefs as the club and how do they know what the club’s stance is on all issues before they speak or tweet?

I imagine the sensible thing is to stop all players from tweeting and thus eliminate the problem, but don’t we live in a free country with refreshingly limited censorship? I like to hear what footballers think and what they have to say for themselves and I too think there is more to 9/11 than meets the eye. Since I have been following Joey Barton on Twitter my opinion of the man has completely changed. I still think he has a violence issue and cannot condone what he has done in the past but he comes across as an intelligent man who has more than decent communication skills. I have never been a big fan of Rio Ferdinand but he made the point on Radio 5 live that Twitter brings the fans closer to the players and I have to agree. In a football world of millionaires with such a gulf between a club’s stars and the common fan this can only be a good thing.

In summary, what is the worst Footballer related thing that has happened on Twitter? Barton saying he was leaving Newcastle? Frimpong speaking out at Piers Morgan? Rooney having a pop at a fan? Ryan Babel shaking his head? These are hardly crimes and I agree with Rio when he suggests there are bigger things to worry about in the World. On the flip side, footballers will regularly retweet good causes or charities for fans and I just don’t think the downside can compare.

I hope we can embrace the new breed of ‘thinking’ footballers. After all, their career is a short one and all they are doing is promoting their brand. I am sure Rio Ferdinand will be a millionaire outside of football once he retires; you can already buy all manner of paraphernalia from him. Let’s not put them back in a box marked ‘thick’ just because we are not sure how to handle the situation.