When a person thinks of football stars moving down under he immediately thinks of Alessandro Del Piero, by far the biggest and most famous player to ever go there. Out of all the marquee players so far, he was undoubtedly the highest profile player to ever grace Australian shores.

The main reason players like Del Piero move to leagues like the A-League is the fact that in terms of technique and tactics, the A-League is not far behind Europe. In terms of pace, however, the game there is much slower. That’s why many people say that players go to Australia to take a little break.

If you, just like football stars, want to take a break from your busy daily schedules and at the same time to win some enticing casino bonuses, make sure to read the reviews of some really interesting mobile games at Pure NetEnt.

We start off this list with the man most famous for consistently performing for Blackburn Rovers in the English Premier League. He was one of the key players for both Rovers and the Australian national team down the right wing and performed admirably during his career. 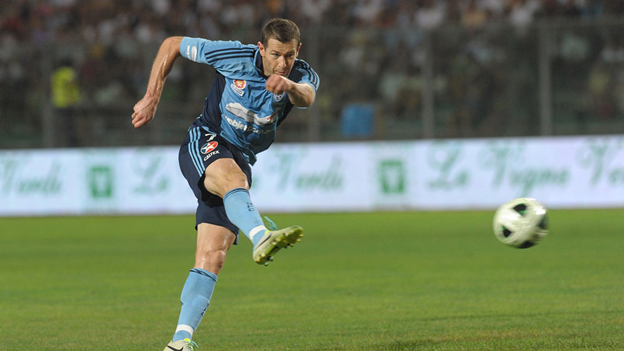 He joined Sydney FC as they tried to compete with Melbourne Victory’s acquisition of Harry Kewell a season before that. And it’s fair to say that, even though he wasn’t as influential in the off-pitch promotion of the A-League, he still matched Kewell’s performances on the pitch.

At the start of his stint with Sydney FC it was obvious that he needed time to adjust to his old surroundings (he played for Sydney Olympic for four years at the start of his career), but as the season progressed he found his form. In the three years he spent with Sydney FC, he managed to impress both pundits and fans, ending his second stint down under with 57 appearances and 7 goals.

Robbie Fowler was a real legend back in England and played his part in some of Liverpool’s greatest matches ever. At the time he joined the A-League he was one of the biggest stars to have graced the continent. He didn’t exactly end his career in Australia, but he might as well could have, since after moving to Thailand he played just in 13 games, and was already a retired player when he went there.

North Queensland Fury spent large sums of money to bring the Englishman to Australia. However, the fact that in the far north (where the Fury play) there aren’t many football supporters, made his arrival to be seen by many as a missed opportunity for much larger publicity of the A-League.

He then had to change clubs and moved to Perth Glory after the Fury had ceased to exist. In Perth the number of fans following his games was significantly higher and they got their rewards, with Fowler scoring goals for fun.

However, a poor run of form and the clubs deteriorating fortunes would be remembered as his last contribution on the Australian continent. This really is a pity, considering how hard he tried to raise the profile of the league.

Harry Kewell has always been one of Australia’s brightest football stars and his glamorous arrival in Melbourne was no different to the previous moves he had made in his career. This was his way of repaying the fans for the support they have given him over the years

While playing for the victory he scored 10 goals in 41 matches. He also had a very brief stint in Qatar, playing for Al-Gharafa in 2013 as a replacement for the injured Mark Bresciano. He ended his career in Melbourne in 2014 as he noticed that recovering from his injuries was becoming much harder. His last competitive appearance was against Western Sydney Wanderers on 12th April.

His performances on the pitch weren’t as bad as he had described them, but taking into consideration that he is a perfectionist this is understandable. His biggest contribution to the A-League however, was his off the pitch media involvement. He managed to draw fans from all parts of Australia to follow his performances for the Victory, and raised the league’s profile considerably.

When Jason Culina came to the A-League he was only 28. Other Australian national team members and stars had come to the A-League before him, but most of them had arrived at the end of their careers. When Culina arrived he was at the peak of his playing powers.

He came to Gold Coast United from the Dutch champions PSV Eindhoven and had a remarkable first season. He was the captain of the team and took them to the finals. He was their complete midfielder, and that’s why it was a real pity when he got severely injured. After United folded, he had to move clubs and joined the Newcastle Jets.

However, because of his injuries, the Jets released him after he failed to recover. In his final season, Culina played for Sydney FC, but only appeared in eight games, before his injury issues forced him to retire.

Just like Fowler, Del Piero didn’t actually retire down under, but spent a short time in India before calling it quits. However, having a list of influential players who played in the A-League, without including the Italian maestro in it would be considered a blasphemy. 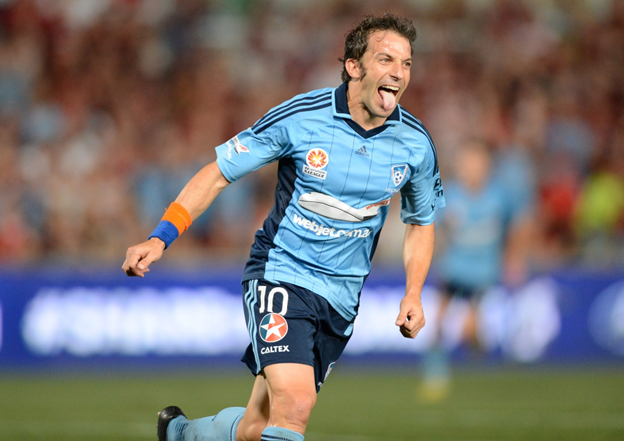 At the very minute he arrived in 2012, fans from Australia went football crazy, and football enthusiasts from around the globe started paying more attention to the football being played in the A-League. His off the field influence was crucial to the promotion of the A-League.

On the pitch he did what he did best, scoring goals. In his two seasons with Sydney FC, he scored a goal every two games, a truly remarkable goal to games ratio for a player his age (he was 38 when he arrived in Australia). He was for the A-League what David Beckham was for the MLS, a true football ambassador.