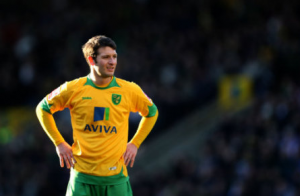 The World Cup play-offs tip-off in a few weeks time and the Republic of Ireland will once again play no part in them after a calamitous end to their World Cup qualification which saw them wheeze and puff their way over the finish line with a 3-1 win over global football minnows Kazakhstan.

Now, the only matches to look forward to in the near future is a friendly against Latvia at the Aviva in November before a trip to Poland soon after.

And while qualification for France 2016 is the FAI’s next big priority, there is still ample opportunity for many Irish players to use this campaign as a springboard into Ireland’s squad.

Already this season we’ve witnessed some great displays from Ireland’s top players – as well as some not-so-memorable efforts – so it’s time for Back Page Football to take a look ahead to three Irish players who will be keen to put in a good shift this weekend.

The young right-back faces a stern challenge this Sunday as his side welcome Tottenham Hotspur to Goodison Park. The Toffees have the seventh-best defensive record in the league this season having conceded 10 goals – and it could have been a whole lot better if not for a below-par team display against Manuel Pellegrini’s Manchester City back in October.

The 25-year-old defender has shown tremendous ability to raid down the flanks, terrorising opponents in the process and has proved himself adept at floating in some inviting crosses for Romelu Lukaku to attack. However, he will be up against it this weekend.

With Danny Rose and Kyle Naughton two of the obvious choices to play at left-back for Spurs, Coleman will need to have his wits about him when combining with either Kevin Mirallas or Leon Osman on the right. Any weaknesses in his game will be scrutinised intensely by the Spurs’ defense and if he’s not careful, he could find himself spending more time chasing backwards, than forward.

If the Killybegs man can keep his cool, stay focused and choose his attacking opportunities wisely, he could come out the other side unfazed. Consistently solid displays against top-quality opposition are something that could really help boost his confidence – something the next international manager will be keen to see transpire.

Irish football has long prided itself on its ability to produce excellent goalkeepers. Packie Bonner and Shay Given are, without a doubt, two of the Green Army’s most revered and celebrated shot-stoppers. And when the latter retired after Euro 2012, it seemed as though they would have some trouble finding an adequate replacement.

However, up stepped David Forde. Now, in the autumn of his career at 33-years-of-age, the Milwall ‘keeper has made the Ireland No. 1 his own following a string of great performances for his home country. Unfortunately for Forde, it’s difficult to see his side ever reaching the upper-echelons of British football as they currently sit on the lower rungs of the Championship ladder, struggling for form.

However, any avid follower of all levels of the beautiful game in Britain will tell you that the leaky defence in front of him isn’t upsetting his own, personal form much at all. Two clean sheets towards the end of September and a couple of well-executed saves against Reading last week to save a point for his side shows just how influential the former Galway United man is.

A very difficult task awaits Forde this Saturday as his team welcome Burnley, who haven’t dropped points in their last seven matches. Expect his goal to be lain seige to, but equally, expect him to fight against the barrage with his usual never-say-die attitude.

Provided he features at some stage on Saturday afternoon against Manchester City, Wes Hoolahan will be keen to show what he can do with limited opportunities. Undoubtedly, the Citizens will be fired up ahead of this game and as the clear, out-and-out favourites will be expected to control the game for the majority. However, this is something that Hoolahan will look to use to his advantage.

It’s rare for a Republic of Ireland side to dominate games from start to finish, and so if the 31-year-old attacking midfielder gets an opportunity against City’s defence, it’s vital that he capitalises on it. Small clubs value players who can convert their chances with aplomb against well-martialed defences, and Hoolahan needs to start proving he can do just that, particularly as the next Ireland manager is likely to favour exactly the same trait.

Despite not starting a full Premier League match since mid October, the former Shelbourne star did play the full 90 as his side fell to a 4-0 loss against Manchester United in the League Cup midweek. So, while he’s unlikely to start, he may well come on as a substitute, and if he does, he needs to grab his opportunity with both hands.

A player of Hoolahan’s potential stagnating on the bench for the Canaries is something no Irish fans likes to see – particularly with a couple of useful international friendlies on the horizon.