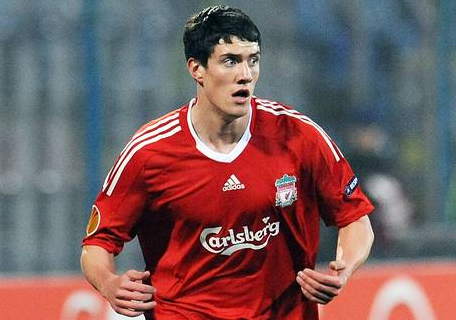 “The academy of Liverpool is the only one that can compare to La Masia of Barcelona FC,” states Barcelona manager and La Masia graduate, Pep Guardiola.

“If Liverpool can manage those lads in the academy, then maybe 20 star players can arrive from that academy.”

A statement from such a man, who has seen at firsthand how a world class academy should be ran, is a compliment Liverpool can be very proud of. It will undoubtedly be music to the ears of every Liverpool fan, to hear that your club has an exciting future is what any football fan would want.  For the likes of Kenny Dalglish, Rodolfo Borrell, Jose Segura and Rafa Benitez though, it will be something they are already well aware of.

Love him or hate him, Rafael Benitez deserves a lot of credit for the recent progress and success of the Liverpool youth team. It was during Benitez’s tenure where the overhaul of Liverpool’s youth system began. The Spanish manager brought in Jose ‘Pep’ Segura and Rodolfo Borrell from the Barcelona ranks, and also Frank McParland, Liverpool’s former chief scout, to oversee the new-look Liverpool academy. The three of them faced the sizeable task of transforming Liverpool’s archaic youth base into a system that could provide the first team with talented players for years to come.

In the words of the newly appointed Liverpool manager, Kenny Dalglish, himself, “He [Benitez] reorganised the whole Academy and you can see the benefit in the kids now.”

In comparison with the meagre sum of two youth internationals, when Frank McParland was first appointed as Academy Director, Liverpool now boast a total of 31.

“From under-21s down, we have 17 England internationals and when they get picked for their country it just reinforces the job that you are doing,” states McParland.

McParland also suggests the influence of his Spanish colleagues, Segura and Borrell, has had a big impact on how the youth team play.

“The coaching philosophy has completely changed. Pep and Rodolfo have worked really hard to bring the Spanish and Barcelona philosophy in. Both were involved in producing a lot of the current Barcelona team.

“As technical director Pep teaches the coaches the way he wants the kids to work. It has worked very well. The style of play now is 4-2-3-1 and we keep the ball. We play the same way right throughout the club.”

The work put into the academy started to prove dividends last season as Liverpool fans saw the introduction of several academy graduates to the first team. Two of which were Jack Robinson and John Flanagan, a couple of Liverpool’s brightest young talents.

Although their inclusion was due to a long list of defensive absentees, their urgent promotions to the first team signalled the confidence Dalglish had in the club’s vastly improved youth setup. Robinson, 17, and Flanagan, 18, paid their manager’s confidence back in abundance, as both looked like seasoned professionals when they came up against some of the Premier League’s best wingers, such as Theo Walcott of Arsenal, and James Milner of Manchester City.

Perhaps the most notable couple of names to proceed from the academy, and prove successes last season, are that of Martin Kelly and Jay Spearing. Before his hamstring injury – that ruled him out for the remainder of the season – Martin Kelly impressed in a run of appearances for Liverpool, including in big matches against arch-rivals Manchester United and Everton.

It was another huge vote of confidence from Dalglish, to promote to the first team such an inexperienced and young player, for such a run of games. At one point, Kelly’s sensational run of form even forced Glen Johnson to switch from right back to left back, just to get on the team-sheet.

Despite making several appearances in the first team earlier on in the season, Jay Spearing found his calling during the absence of Liverpool captain, Steven Gerrard, who was ruled out for the remainder of the season due to a groin injury. During this period, Spearing formed an excellent midfield partnership with the resurgent Lucas Leiva, where he particularly impressed with performances against Manchester City and Arsenal. It was the characteristics of Spearing that was most admirable, though. Determination, work-ethic and his never-say-die attitude is something the Liverpool faithful have always appreciated.

Liverpool fans have good reason to be excited about the future, especially if you draw parallels with Barcelona’s La Masia. Martin Kelly, Jay Spearing, John Flanagan and Jack Robinson aren’t the only academy graduates expected to make the grade at first team level. But these things don’t happen over-night, Liverpool supporters must be patient. After all, great things come to those who wait.

6 thoughts on “The Youth of Today, the Stars of Tomorrow – Liverpool’s Academy”