Ever since USA ‘94 and the advent of Major League Soccer in 1996, the brand of football played with your feet in merry old England has gained traction in the US, thanks in part to a number of big-name imports from the nation that spawned the game.

In the 22-year-history of MLS, many English-born players have starred in the league but here’s our countdown of the top ten English players in the competition’s history. 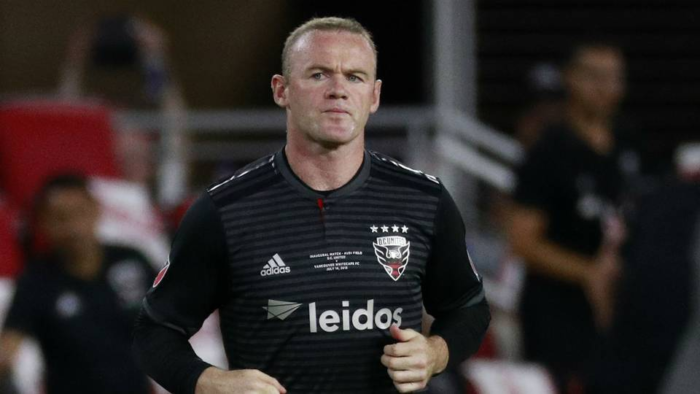 Liverpool’s talismanic captain bid farewell to Merseyside in 2015 after a glittering sixteen-year career, but the legendary midfielder would fall short of the same success in the two years that followed at LA Galaxy.

Gerrard made 34 appearances in two seasons for the Galaxy, scoring five goals and helping his side reach the MLS playoffs in back-to-back years, but failed make a decisive impression as the Galaxy were eliminated on both occasions and his time in LA ultimately ended without silverware.

There remains time for Rooney to climb much higher on this list, but in his first season at D.C United the 33-year-old has already netted 12 goals and added 7 assists as the Black-and-Red finished 4th in the Eastern Conference to earn a play-off spot.

Ahead of this weekend’s knockout round, D.C are outside bets across football tips today at 40/1 to lift the MLS Cup, but they finished bottom of their conference last season winning just twice in fourteen matches before Rooney arrived, highlighting the immediate impact he has made.

Huckerby joined the San Jose Earthquakes in 2008 and made a real impact, being named MLS Newcomer of the Year in his first season.

The veteran winger would suffer a career-ending hip injury the following season, but in his short time in the MLS Huckerby became a cult hero for the Quakes, scoring 9 goals in 25 league appearances.

Despite being something of a controversial inclusion here as Lampard was unable to secure the hearts of New York City FC fans during his time in the Big Apple, Captain Frank’s actual impact on the fledgling MLS franchise cannot be denied.

Injuries and controversy over the delayed start to his MLS career whilst on duty for Manchester City may have soured the opinion of some, but Lampard’s performances in the league deserve merit.

Cooke plied his trade for the Colorado Rapids between 2005 and 2009, scoring four goals from midfield and contributing 34 assists in 106 MLS regular season appearances.

Perhaps not the best known inclusion on this list, but a consistent and reliable operator who stuck around for a number of years.

In total, the experienced forward scored 14 goals in 59 MLS appearances.

Ridgewell joined the Timbers in 2014 and remains integral to Portland’s defence, currently as team captain.

Ridgewell’s Premier League experience was vital at the back as Portland won the MLS Cup in 2015. He has made 109 total appearances for the Timbers, scoring seven goals.

After a catalogue of injuries Dom Dwyer’s hopes of a career in English football looked to be dashed, but instead of giving up, as a 19-year-old he managed to earn a college scholarship at Tyler in Texas, before being drafted into the MLS.

Since then Dwyer has gone from strength to strength, scoring 57 goals in 128 appearances at Sporting Kansas City before a permanent move to Orlando, where the forward currently totals an impressive 31 in 44.

No list of English exports in the MLS would be complete without the Brit who put the league on the map, but Beckham doesn’t quite make the top spot.

Becks was the first player to be brought into the MLS under the designated player rule in 2007 and would enjoy a six-year spell at LA Galaxy, reaching three MLS Cup finals and winning back-to-back titles in his final two years at the club.

He scored 20 goals and made an incredible 48 assists in total for the Galaxy, but it’s his impact off the pitch in America that was most noteworthy.

Only one man can keep Beckham from top spot on this list and that is New York Red Bulls legend Bradley Wright-Phillips.

Since moving Stateside in 2013, Bradley has emerged from the shadow of his older brother Shaun, scoring 123 goals in 204 total appearances for the Red Bulls and firing them to three Supporters’ Shield titles.

Not only the greatest English player in MLS history, BWP is in the conversation for greatest MLS player of all time.