Due to a savage attack by River Plate supporters on the Boca Juniors team bus ahead of the second leg, the derby made headlines around the world.

The JackPotJoy promo gives fans of both clubs the chance to play games they love and win. Many feel it is the biggest derby in world football thanks to the passion on and off the pitch.

Yet, nearly 14,000 kilometers away in Tehran, Iran, two football clubs and their supporters disagree.

While World Soccer magazine once ranked it as only the 22nd ‘most important derby’ in football, those who have witnessed it and played in front of the large crowds, can attest it should be ranked much higher. 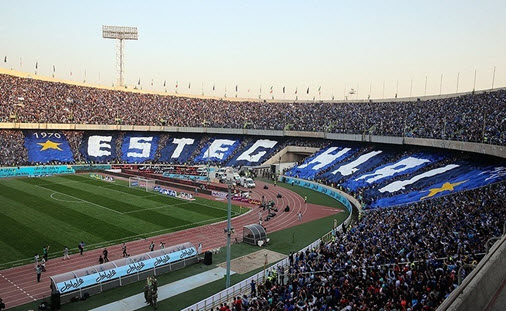 The two Tehran-based football clubs first met in 1968. Persepolis had only been founded five years prior and contested their first season of top-flight Persian football during the 1968 season.

Esteghlal, on the other hand, were already well-established in the city. Founded in 1945, Esteghlal had created a local following that dwarfed most other clubs.

Since the two clubs began meeting regularly in the league, the game has taken on a life of their own. An entire season can depend on the outcome of a Tehran Derby.

Pressure is high on both teams, but the referee can also experience the weight of the world on their shoulders.

Why? Over 100,000 fans jam pack the Azadi Stadium and millions more watch on television and bet with casino.com bonus code.

Esteghlal and Persepolis have both called the Azadi Stadium home since it opened in 1973.

Although its official capacity is only 78,116, far more fans cram themselves into the venue on derby day to see their heroes play. 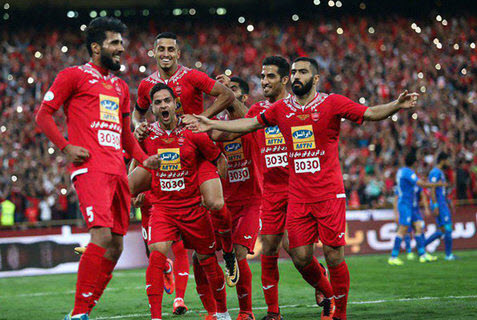 How big is the game?

Many football experts dismiss the Tehran Derby as the world’s biggest due to the average fan knowing very little about Esteghlal and Persepolis outside of Iran.

Despite teams such as Real Madrid, Barcelona, River Plate, and Boca Juniors having bigger names, much of that is down to money and the fact Iran was blacklisted by the West due to political issues over the last 40 years.

The game is regularly witnessed by large crowds, although one English football website claims the derby’s appeal has lost its lustre in the last five years. Regardless, it is claimed over 100,000 fans attend the derby and another 20 million around Iran watch it on television.

That is a massive number, but what makes it more impressive than the likes of Real Madrid and Barcelona or South American or European derbies, is that the games are mostly just witnessed within the Persian Gulf nation rather than broadcast around the world.

The future of the game

The capital city derby has seen better days, according to some accounts. Iranian football teams do not have the money other teams in the Asian region do.

Clubs in the United Arab Emirates, Qatar, South Korea, Saudi Arabia and even Australia can attract the best players from Asia thanks to their financial might.

Teams in the U.A.E. and Qatar, especially, recruit names from all over the globe.

Both clubs are claimed to be in financial debt. In 2017, The Financial Tribune reported Asian Football Confederation executives would investigate the money situation of both Tehran clubs as debts mounted.

Former players in Iran have complained about delayed or postponed wage payments and promises going unfulfilled by clubs.

The future of the Tehran Derby could depend on the finances of Iranian football, but for the fans, regardless of the money, they will support their teams.

While fans inside the country know just how big and important the game is, it still lacks interest from those outside Iran.

Will that change? It is highly unlikely unless the money in Iranian football increases.

There are also issues off the pitch that makes it seemingly impossible football fans around the world will watch the Tehran Derby like they do rivals from Europe or South America.

One thought on “The Tehran Derby – The world’s biggest, unknown derby”