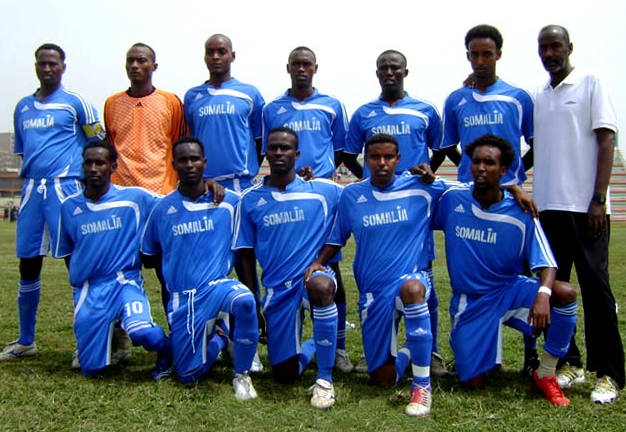 A country which has suffered for many years of turmoil, unrest, separation, devastation and divide within its people and has been littered with violence, deaths, wars and now a horrific drought, which has affected the nation. The country is now trying to revive and to bring back, the sport which has brought them back together and for moments, has helped them to forget their troubles. The country that is trying to revive its football culture is the great country of Somalia.

Somalia is a place, where unrest and devastation is not a surprising sight and what its people, unfortunately, have been used to for many years. This nation has been affected by clan fundamentalism, the rule of warlords, and government collapse from the late 1980’s. The most recognized and infamous clan today is the Al Shabab, who have been involved in many brutal crimes and killings of innocent Somalis, ever since its establishment in 2004. The group’s main goal is to topple the government and is known to have close ties with Al Qaeda. The group or clan has killed thousands of innocent lives, trying to gain power and strike fear, in order to gain a foothold on the country.

The turmoil and chaos began in the late 1980’s, around 1988, in the final years of the Cold War. The government began to experience a state of collapse, which led to the rise of various clans and groups to seek control of the country. Millions of lives have been taken during this long conflict and many others have fled the country over the years. The chaos and turmoil has affected the sport in the country, with young, potential footballers being either recruited by these militant groups or being too frightened for their lives to play football.

Al Shabab has dominated the headlines, not only for their crimes, but also for their stance on football in the country. The group banned Somalis from playing and watching their most popular sport on TV and has threatened to kill anyone who gets caught doing either. They’re not messing around. During the World Cup in South Africa, two young Somalis were killed after being caught watching a World Cup match on television. Another sad example of the group forcing their ban was the tragic killing of a rising star by the name of Abdi Salaan Mohamed Ali, in a car bombing which killed 10 others a few months ago. The group has also detained a 19 year old Somali international player, Sa’ad Saleh Hussain in Afgoye 30 km south of the capital, just about a week ago. Local football club owners have also been detained and tortured on charges of misguiding the youth. Even journalists have been targeted as a Somali journalist was killed in March of this year after covering a football match and the President of the Somali Football Federation narrowly escaped an assassination attempt as well.

Somalia’s history of violence, fights and crimes against innocent lives for the past 20 years, has had a huge effect on the nation’s progress on the football stage. It’s a country whose people is mad about the sport and has some excellent footballing talent, most of whom have left the country to further their careers and practice the sport without fearing for their lives.

Some of these players who left to further their career, include Somalia’s all time international top scorer and captain Issa Aden Abshir (also known as Cisse Aadan Abshir), who is a star forward for Norwegian side Eidsvold Turn and is the only player to score over 30 goals with Somalia’s national side and was voted as Somalia’s Player of the Decade. Another player is Liban Abdi, who plays for Hungarian side Ferencvaros and Ayub Daud, who plays for the Juventus youth team and is on loan with Serie B side Gubbio. There is also a player by the name of Abisalam Ibrahim, who plays for Manchester City and is on loan at NEC Nijmegen in Holland. Ibrahim became the first player of Somali/East African origin to play in the Premier Leauge, but is likely to play for Norway rather than Somalia internationally.

Despite the national side possessing such gifted and wonderful talent, the team languishes and is ranked 192 in the FIFA rankings and 50th amongst African nations. Somalia has never qualified to either the African Cup of Nations or the World Cup. The Somali Football Federation, which was founded in 1951 and entered FIFA in 1962, has had trouble maintaining training and other football –related infrastructure due to the militant presence in the country. Mogadishu’s stadium, which was once one of East Africa’s most impressive stadiums and can hold around 70,000 fans, is now an Islamic training and recruitment center for Al Shabab highlighting the problems the sport is facing with the presence of these types of groups. While the team trained and played matches in the country’s police academy. The team played with mismatched attire on a pitch that is covered with mud, rocks and rusty cans in puddles, and had no goal posts.

For that, the Somali Federation have launched a campaign under the slogan “Put down the gun, pick up the ball”, to encourage young Somalis to take up football and to stay away from guns and violence. Football For Peace tournament in which four of the country’s districts participated: Hodon, Wardhiiglay, Kaaraan and Abdel Aziz. This tournament was organized to encourage the reopening of highways in the capital and in particular the ones that serve these four districts. The federation has also appointed technical and administrative representatives in Europe and North America to promote and gain support for the national side and to receive funds to rebuild football-related infrastructure and for new and better football attire.

The federation has also launched coaching courses to create young coaches for football development in the country. The first of the courses was launched in May and was held at the center of the Somali Students Union in Mogadishu. At least 28 young Somali football coaches participated in this 12 day course, which the federation promises to, hold once every six months.

They have also confirmed that Somalia will be playing in the preliminary round of World Cup 2014 Qualifiers against Ethiopia in November, and that the national team will be participating in the annual Council of East and Central Africa Football Associations (CECAFA) Senior Challenge Cup in Tanzania and the All Arab Games in Doha in December.

The federation has worked hard to try to help the country progress in the sport and I wish the best for a country which has suffered for many years. The hope of many is that the suffering of millions can be brought to an end.

Special thanks to James Dorsey of The Turbulent World of Middle East Soccer for helping me with this article.

2 thoughts on “The state of football In Somalia”