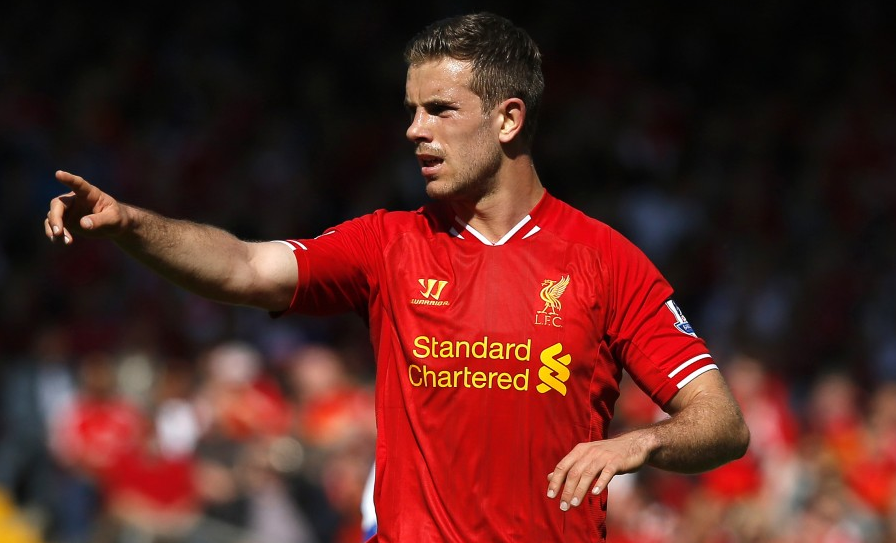 Liverpool midfielder Jordan Henderson may have been the subject of Gait-gate, brought about by a bizarre paragraph of Sir Alex Ferguson’s controversial autobiography, but, unlike the former Manchester United manager, he is doing his talking on the pitch. And significantly that talking has earned him an England recall.

Young Englishman Henderson has had a hard time of it during his time at Anfield with criticism aplenty, but now he is creating headlines for his performances on the pitch for Liverpool. It seems we’re beginning to see exactly the sort of talented performances that the midfielder had promised at Sunderland and which earned an estimated £20million move to Liverpool in 2011.

Quite why Sir Alex Ferguson chose to write about Henderson, a player he has never managed or had dealings with, can only be questioned. The ulterior motive, it would seem, is a bit of bating of Manchester United’s old rivals – unless, of course, he missed out on signing the youngster to the rivals down the M62 a couple of years back.

Henderson was, at the time, much courted after breaking through at home town club Sunderland and becoming a fixture in the England under-21 side which he went on to captain. With Liverpool and Manchester United both said to be interested at the time, it was then Anfield manager Kenny Dalglish who paid the asking price for one of the most highly-rated talents.

If there was any sourness on Fergie’s part, the improving performances of 23-year-old Henderson left him with little option but to pick something personal out for criticism – his straight backed running style or gait in this instance. That is because this season’s performances have finally seen Henderson fulfil his promise and cement a place in Brendan Rodgers’ starting line-up in an improving Liverpool side.  And this week Roy Hodgson acknowledged Henderson’s form with a place in his England side for the autumn international friendlies against Germany and Chile.

Henderson has been an integral part of an impressive trio with Steven Gerrard and Lucas in the middle of the park for Liverpool, or been used in a wing back role on the right this season by Rodgers. Significantly, he has started all Premier League games, boasts a pass completion percentage in the high 90s and covers more yards than any of his team-mates. He has been a major part of Liverpool’s success.

That is something of a far cry from the start of the Rodgers reign last season when Henderson was offered for loan and transfer. It even got to the point of rejecting a move to Fulham in favour of fighting for his Liverpool future. He was anything but a regular in the Anfield red, having to wait until November of last year for his first start under Rodgers, who, after taking over from Dalglish before the 2012/13 season, splashed out £15million to bring Joe Allen with him from Swansea City. Allen, however, has found the hard-working Henderson difficult to dislodge for the last year or so.

It is the old adage that hard work pays off that is behind the Jordan Henderson success story. He has put in the hard yards on the training ground and is now getting his rewards. He has also found his home in that midfield trio, doing the dirty work and the ugly parts to allow Gerrard, Daniel Sturridge and Luis Suarez to prosper. In fact, it has been since the arrival his close friend Sturridge from their under-21 days that has seen Henderson in his present light.

It seemed only a matter of time before he would be adding to the five England caps already earned, the last of which came as a substitute in the Euro 2012 campaign. And sure enough Hodgson recognised the improvement in the once-maligned young man. The years ahead certainly look bright for Jordan Henderson.

4 thoughts on “The rise and rise of Jordan Henderson”