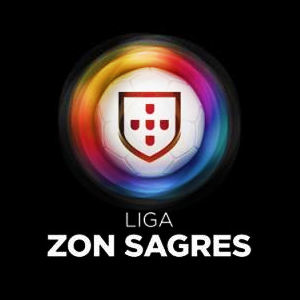 This season’s title race in the Portuguese Liga has been somewhat two-horsed. Porto and Benfica have put some distance between themselves and the chasing pack – 14 points to be precise – and, with not a point to separate them, the final 11 rounds of fixtures are sure to be fascinating. The league’s domination by these two, however, is nothing of a surprise, so what might prove equally – if not more – interesting is the race for third place.

Sporting languish in ninth but their woes are a separate issue and deserve their own pages. Meanwhile, Braga, last season’s third-placed finishers, have lacked the consistency that in 2011/12 saw them top the table after 24 games (of 30), although they eventually finished seven points adrift of second-placed Benfica.

This means that there is a rather open battle for third place and the opportunity for Champions League qualification that comes with it.

Braga, as mentioned, haven’t kept pace with leaders Porto and Benfica, who both remain undefeated after 19 games, and instead find that they have a fight on their hands to retain third place and secure a return to the Champions League.

The Arsenalists currently lie in fourth, four points behind Paços de Ferriera whose recent form saw them leapfrog Braga in Gameweek 17 and they followed that up by beating Braga in Braga the following week to consolidate their position and thus also doing the double over their opponents, having defeated them 2-0 at home in the first half of the season.

Paços, however, could only draw at home to Nacional on Sunday, meaning that Braga’s draw away to fifth-placed Rio Ave on Monday was a missed opportunity – for both sides, in retrospect.

Rio Ave themselves deserve a mention. Last season they finished 14th, just four points above the relegation zone, but this season have been transformed into a top-half team under the guidance of Nuno Espírito Santo and his technical staff which includes Scottish coach Ian Cathro.

On-loan forwards Ukra and Tiago Bebé, who joined from Porto in August and Manchester United in January respectively, have aided the team from Vila do Conde and the arrival of the latter has even allowed the club to let talented youngster Esmael “Isma” Gonçalves join St Mirren on loan where he’s been impressing the Buddies faithful.

Another loan acquisition, Jan Oblak from Benfica, has also proved astute with the young keeper keeping five clean sheets and helping to give the team a better defensive record than Braga.

A blow for them in the second half of the season, however, is the departure of top scorer João Tomás, the veteran deciding to try his luck in Angolan football with CRD Libolo in January.

If Rio Ave can continue to push Braga and Paços then huge credit must go to Nuno Espírito Santo and his team. If they remain in the top six – and they haven’t been below fifth since Gameweek 5 – then they will achieve their best top-flight finish of the 21st century; if they could sneak into fourth then it would be their highest ever Liga finish.

Paços, under new manager Paulo Fonseca, have also been a surprise package this season. In the last campaign they finished 10th and this time around were even tipped for relegation by some. Their consistent good form this season, however, has seen them remain in the top six since Gameweek 7.

With Braga’s inconsistency and the four-point lead Paços have, they are in with a real chance of securing a place in the Champions League qualifiers which would be huge financially and emotionally for a club of their size. It would also be their best ever Liga finish. Eleven games is a long time but Paulo Fonseca could be on the verge of making history.

If 22-year-old Peruvian midfielder Paulo Hurtado can add to his tally of seven Liga goals, that will certainly help the cause. Guinea-Bissau international Cícero, who scored the opener on Sunday against Nacional, is just one behind him on six.

With 11 games to recover a four-point deficit, third place is far from lost for Braga and when you look at the quality in their squad it is easy to make them favourites for that final Champions League spot. They count among their number three current Portuguese internationals in Éder, Ruben Amorim and Custódio, along with the hugely experienced Hugo Viana and the creative talent of Brazilians Mossoró and Alan. The sale of left back Ismaily, another Brazilian, to Shakhtar weakens them but the talent of their pool of players still outstrips that of their rivals for third place.

Braga have in fact occupied third for most of the season and it has only been in the last few weeks that Paços have capitalised on their, by their own standards, slackness. Braga could recover from this slump and reclaim their position but Paços have the bit firmly between their teeth now and won’t be overtaken without a fight. Rio Ave, who are only two points behind Braga, might just have something to say about it too.

One thought on “The race for third in Portugal”