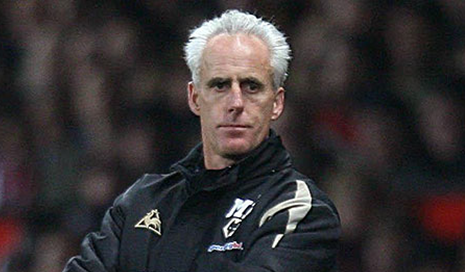 Premier League clubs have voted to change the rules regarding “weakened teams” in competitive EPL matches. After the June EPL AGM, clubs have now decided that any manager can field any combination of players once they are named from their initial 25-man squad.

This move follows Wolves and Blackpool being fined and for fielding so called weakened sides during games in 2009 and 2010.

Last season Blackpool were fined £25,000 after manager Ian Holloway made ten changes for a match at Aston Villa having drawn 2-2 with Everton in the previous game.

Back in December 2009 Wolves were handed a suspended fine after boss Mick McCarthy rotated his entire squad for their game at Manchester United.

Both managers were pilloried by Arsene Wenger at the respective times. The Gunners boss took particular exception to Wolves fielding a weakened side at Old Trafford and even went as far as to say that the very credibility of the league was being called into question after McCarthy’s selection.

Wenger said, “We will have to compete with Manchester United over 37 games instead of 38. I believe it is a problem for the international credibility of the Premier League, but it is not my problem, it is a Premier League problem.”

The decision by McCarthy to change his team caused a major headache for Premier League bosses as Wenger’s incendiary comments started something of a war of words that took in managers like Tony Pulis, Carlo Ancelotti, Phil Brown, Sir Alex Ferguson, and Owen Coyle, who all backed McCarthy’s decision to do what he saw best for his team.

“The players Mick played, most of them are seasoned professionals — he hasn’t played the youth team.”

Wenger’s criticism of Wolves and McCarthy came across as somewhat contradictory and hypocritical as the under pressure Frenchman regularly plays weakened sides in cup competitions.

Blackpool were fined £25,000 in 2011 after Holloway was found guilty of repeating McCarthy’s earlier crime, with many managers, once again, criticizing the ruling as it did not take the new 25-man squad rule into account.

At the beginning of the 2010-11 season the EPL governing body enforced a 25-man selection squad upon managers but then deemed to forget about the “weakened side” rule. So when Ian Holloway named a much changed side for the Villa defeat he stayed inside the greater ruling but seemingly broke the minor one, thus incurring a penalty.

The decision to fine Blackpool was quite rightly ridiculed as the Seasiders unluckily 3-2 to Aston Villa.

Manager Ian Holloway was incandescent at the time and defended his selection rigorously saying “I’ve got every right to do what I like. Who are they to tell me my players are not good enough?”

The vote to change the rule was unanimously passed with, EPL head of communications, Dan Johnson confirming that every club voted in favour of the rule change.

The rule, however, has not been completely changed. Clubs will still be at risk of receiving a fine if they select players outside their initial 25-man squad.

This latest change to the ruling will go someway to alleviate the confusion of having to name a definitive 25-man squad when many clubs have up to 40 or 50 players on their books. Although, it will be interesting to see how the EPL reacts when clubs select U-21 players.

Under the 25-man squad rules clubs can play an unlimited amount of U-21 players outside the original named players. In the view of this clause, clubs like Manchester United, Liverpool, Manchester City, and Arsenal will be in a position to exploit the rule by signing up youth level players of international calibre and will be able to leave them outside the named squad thus giving their respective clubs a huge advantage over other clubs in the Premier League.

For example, Mario Balotelli was signed by Manchester City for £24 million just weeks before the squad deadline last season but as he was 20 at the time he was able to play for City without impunity. Effectively his signing gave Roberto Mancini a larger squad.

By installing the 25-man squad rule, the EPL has taken the first step towards more home grown talent making the breakthrough to professional football. Of course, Premier League teams can circumvent this by buying young foreign talent, of the likes of Arsenal signing Cesc Fabregas at 16, and by the time the player comes of age the youngster will be naturalized and will count as a home grown player as far as the league is concerned.

If clubs flagrantly abuse this loop-hole the EPL will have no other choice but to narrow this avenue and all the while British teenager’s prices will almost definitely continue to rise.