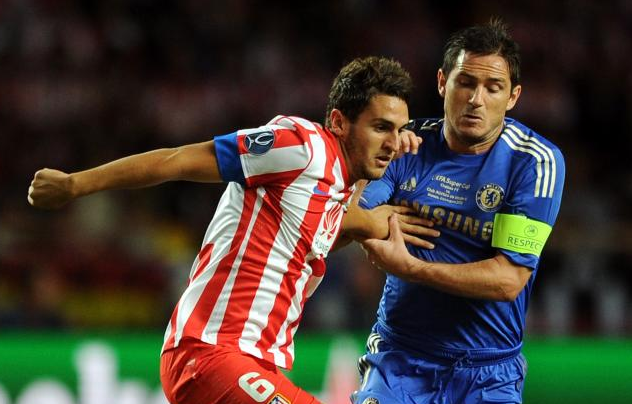 Xavi Hernandez is one of the greatest footballers of our generation, blessed with a sublime touch, magnificent vision and a consummate ability to thread impossible passes through defences.

The home-grown Catalonian maestro has been featured in The FIFA and UEFA teams of the year for the last five consecutive years and has proved a dynamo behind the recent international domination of Spain and a lynchpin of arguably the greatest club side of the century (so far). The 33 year old has played 673 games, scored 82 goals and made over 180 assists since he graduated from the vaunted La Masia academy in 1998.

The superlative playmaker’s complete hegemony over the games he plays in earned him the moniker “The Puppet Master” from the Barca faithful. However, the assiduous creative talent looks to be entering his twilight years, as his 21 years of professional football appear to be catching up with him which has led to both Vincente del Bosque and Gerado Martino to search for an apprentice.

A major force behind Spain’s recent U21 European Championships win and the surprise title challenge of a terrific Atletico Madrid side, Jorge Resurrección Merodio (more commonly known as Koké) looks to inherit Xavi’s throne as the darling of Spanish football. A six year old when the impeccable pass master made his debut, Koke came of age last season; the 20 year old made 38 starts out of a possible 48 and played a starring role in their successful Copa del Rey triumph which culminated in their historic victory over fierce rivals Real Madrid.

This year “The Mattress Makers” (Los Colchoneros) have been in tremendous form. They have built on the past seasons successes and currently lie in second, level on points with Barcelona in La Liga while they have progressed to the Champions League round of 16.

An integral part of this has been the Atleti academy graduate, with nine assists (the most in Europe for a domestic league), three goals and 84% passing accuracy in 16 La Liga games this year. The prodigious 21 year old is renowned in Spain for immaculate passing, relentless energy and a staggeringly good footballing brain similar to Xavi.

When I was in Barcelona in October, I went to see the Espanyol v Atletico Madrid game and, despite it being the Rojiblancos first loss of the season they dominated the play, with the lion’s share of possession and chances, really impressing upon me the calibre of their side.

Koke seemed ubiquitous hitting the post, sending Diego Costa through on goal and distributing the play nicely as well as putting a defensive shift in. He has an excellent technical ability as well as being especially industrious.

There are many parallels between the legend veteran from Las Ramblas and the fledgling superstar from Madrid, however, it seems that the loyalty (one of Xavi’s greatest virtues) of the Atletico deep-lying playmaker is to be sorely tested soon with huge offers rumoured to be in the offing from a host of clubs including Manchester United, Liverpool, AC Milan and of course Barcelona.

It seems that there is a new era dawning on Spanish football and with the U21’s packed to the rafters with outstanding wonderkids, all the signs allude to an incredible amount of success in the future.

One thought on “The New Xavi”