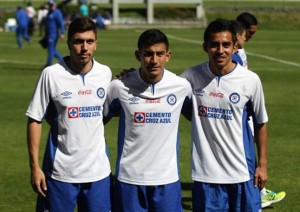 It is the rivalry that will just continue to keep evolving.

On the 22nd December last year, it was revealed that Mexican side Cruz Azul would sign two of MLS’ key players: Michael Farfan (Philadelphia Union) and Rafael Baca (San Jose Earthquakes). This was alongside one of the league and USA’s brightest young prospects – Jose Villarreal (LA Galaxy) – joining on loan with Cruz Azul having the option to sign the striker permanently. If Villarreal impresses, it would seemingly make the full transfer inevitable.

It was the kind of statement that was only going to raise the tension between the two great football rivals. Michael Farfan, the 2012 MLS All-Star who could play both at fullback and on the wing, played a considerably important role at Philadelphia, with four goals and nine assists in 82 appearances. His final year in Pennsylvania could only best be described as ‘frustrating’. Rafael Baca, a tenacious box-to-box centre midfielder, scored two with nine assists in 79 regular season appearances and was one of the key players in the 2012 Supporter’s Shield winning team.

The biggest loss to both LA Galaxy and Major League Soccer though, perhaps the player Cruz Azul really wanted most out of the three, was Jose Villarreal. Aged just 20, Villarreal already has the 2012 MLS Cup in his repertoire alongside being one of USA Under-20s’ most consistent and productive performers. Eight goals in 11 appearances is testament to this. The youngster burst onto the scene with a thunderbolt/game-tying strike away to Vancouver Whitecaps in June 2012 and is not afraid of exhibit a level of flair, perhaps with one moment encapsulating this perfectly – an incredible overhead kick goal against Toronto FC. A technically-gifted, resilient poacher and a beneficiary of the MLS Academy system, Villarreal was predicted to be the future poster boy for MLS. A scenario that is unlikely to happen now. 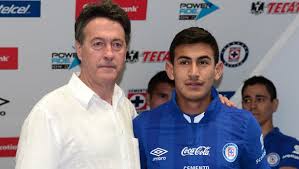 There looked to be three key motives for the MLS products to choose to depart from a league where first team opportunities are, arguably, much easier to come by. 1) For Rafael Baca and Villarreal in particular, moving to Liga MX enables the two to be closer to their home and birthplace. For Farfan though, the move may be a fresh start. As noted earlier, Farfan had endured a frustrating 2013 season. The mercurial talent was probably looking for a chance to play in a team whereby he feels he is provided greater creative freedom, perhaps back in a center midfield role where he thrived in 2012.

The second move is obvious. The money. Although official salary statistics have not been released, it is highly likely that Farfan and Baca will see vast improvements in payment. Baca was only being paid $49,000 a year while Farfan received $98,670. In Liga MX the average salary is believed to be around $500,000 a year. Economically, the deal would be hard for any MLS player (who is not a designated player) to turn down. Farfan and Baca would be more likely to receive roughly $200,000 a year, but the contrast is still huge.

The third is exposure. MLS still struggles to gain a foothold with regards to national television agreements in its own country, it is arguably easier to tune into a Liga MX game in USA than it is MLS. For the likes of Villarreal, who will consistently want exposure to break into the USMNT, this may have been the final selling point to sway him to move south of the border.

MLS can offer for some players what they believe to be an improved lifestyle and the opportunity to travel to new, exciting destinations every single week. The league is restrocted itself through it’s allegiance to  the salary cap. This making it extremely difficult for the league to keep hold of their best players who may see their future in Europe. Yes, there has been the recent implementation of the Retention Fund, enabling clubs to spend extra on keeping hold of their key players – but is it really enough? 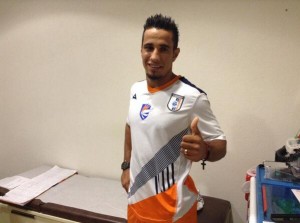 Young Americans Paul Arriola, Joe Corona, Danny Cuevas, Greg Garza, Alonso Hernandez are all examples of players who decided that moving to Mexico was most beneficial for them to progress as a players with a perceived improved playing standard and more emphasis placed on technicality over physicality. The slightly older generation – USA Internationals DeMarcus Beasley and Herculez Gomez also made the move and have been difficult to persuade to return to their home country.

MLS’ 2013 Golden Boot Winner Camilo, after a protracted ‘will he,won’t he’ style transfer saga, transferred to Queretaro in a ‘multi-million dollar deal’. A prime example of what MLS does not want to happen – its best players going to a league that MLS compete with on a continental level.

And that is the time the two fierce rivals come together – the CONCACAF Champions League. Three out of the four quarter finals see a battle between USA v Mexico. San Jose Earthquakes v Toluca, LA Galaxy v Xolos Tijuana (Joe Corona, Greg Garza and Herculez Gomez’s club) and perhaps the most pertinent of them all: MLS Cup holders Sporting Kansas City v Cruz Azul. In all three situations it is normally expected the Mexican side will play a second-string team. However, after Tigres’ shock departure at the same stage in the 2012/2013 competition, whereby a heavily weakened XI crashed out to Seattle Sounders, Mexican clubs will surely have grown wearier of the American competition since.

If Major League Soccer wants to make a counter-statement, then two of the three quarter finals have to be wins. An American club lifting the CONCACAF Champions League trophy on April 24th is the best way to show that MLS are not a selling league or a feeder to Liga MX, but that they can truly compete with the world’s best at the FIFA Club World Cup at the end of the year. Not many Mexican players cross the border to ply their trade Stateside, but that could change with results. Not just the money.

4 thoughts on “The MLS/Liga MX rivalry – are transfers increasing the hostility?”