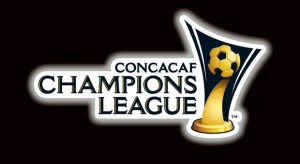 The CONCACAF Champions League has not been won by a Major League Soccer team since the year 2000. The North American equivalent of the UEFA Champions League has always been a tournament dominated by the Mexican sides since its inception with it being lifted 28 times by 12 separate teams since 1962.

The team who wins the CONCACAF Champions League goes on to play in the FIFA World Club Championship in which no North American team has ever won or even got into the final. Last year it was Monterrey who took part, getting comprehensively defeated by Chelsea in Yokohama. This year, who will it be that gets the chance to compete with the world’s best teams? It is to be a Mexican v American set of semi-finals, that’s what we know so far.

MLS Commissioner Don Garber has always made it clear that his ambition is that for MLS to be one of the world’s leading leagues by 2022, it has to be the supreme power in North America first. The best way to do this is two win the CONCACAF Champions League. Teams who qualify from USA for the competition are granted extra allocation money in the preseason to be able to compete with their Mexican competitors. There has always been the hope that LA Galaxy would be the first team ever from USA to make it to the World Club Cup when looking at the financial support over recent years and its recent dominance of Major League Soccer, yet the expectation for them to win has been seemingly too much so far (although they are one of the semi-finalists this year).  The team to get closest to winning the competition was Real Salt Lake who, in 2011, crashed out in a narrow 3-2 aggregate defeat to Monterrey in Mexico. That year though, there was only one MLS team in the semis, this year there is two.

On Tuesday night, Seattle Sounders dispatched a Tigres UANL side who currently sit at the top of Liga MX in an absolutely remarkable match. Tigres went into the second leg at CenturyLink field with a 1-0 advantage only for it to be taken away with a remarkable comeback thanks to goals from rookie DeAndre Yedlin, ex-Liverpool man Djimi Traore, who scored one of the goals of the season, and capped off by a fine goal from Eddie Johnson from the narrowest of angles. Oh and this was after they had conceded in the first half which meant that all three goals were needed if they were to progress. Although Tigres fielded practically a B team (no-one knows quite why), the Sounders fully deserved to progress who now face a red hot Santos Laguna side who comfortably defeated Houston Dynamo 3-0 (3-1 on aggregate) at Estadio Corona. This game marked the first time an MLS team has knocked out a Mexican team since the tournament’s format shift in 2008. Seattle may have a great chance to progress now that Nigerian Obafemi Martins has secured his move to CenturyLink in time for April 2-4th.

Wednesday night saw LA Galaxy ease through against Costa Rican side Herediano 4-1. Goals from Omar Gonzalez, Jose Villarreal (remember the name), Jack McBean and Robbie Keane meant that the Galaxy were to secure their place in the semi-finals. They face an extremely tough test though in a two legged affair against current two time CONCACAF Champions League holders Monterrey. If they are to progress, then they will need to be at their very best. Hopefully the return of Landon Donovan on the 25th March will bring a positive impact to an already strong Galaxy team.

There is no doubt that this is the greatest chance for a Major League Soccer side to lift the CONCACAF Champions League. Seattle and LA are regarded as the two teams with the most depth in their squads which has been called on greatly for them to get to where they are and that depth may be called for again once more. Both Seattle and LA go into the semi-finals as major underdogs yet over two legs, have every chance of progressing. If Major League Soccer wants to be one of the worlds’s greatest leagues by 2022 then Continental glory must be considered as the number one priority and who knows? If a Major League Soccer team could go on to beat a European powerhouse and win a World Club Championship one day, then maybe Major League Soccer global dominance may not be so far away.