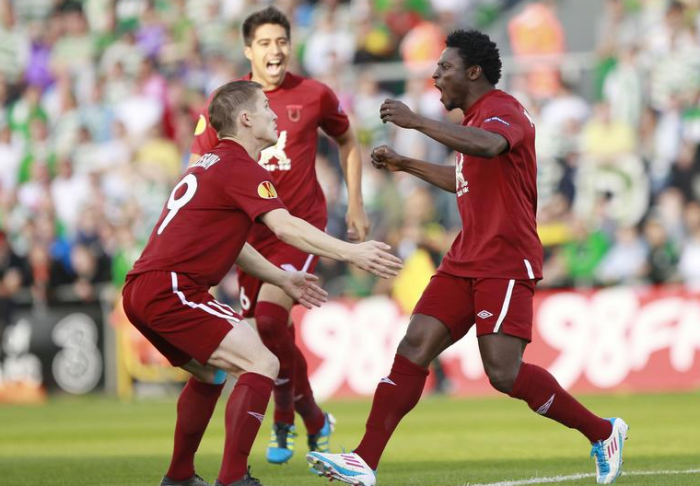 It can be, somewhat rightfully, argued that the Premier League continues to be hindered by a seemingly unbridgeable gap between the prosperous and the poor. The sides at the head of the table are capable of competing with one another on a footing that often makes each game a tight affair. However, while these fixtures remain competitive, matches between these clubs and those at the bottom can serve to show the sheer gulf in quality that exists within the division.

It is because of this that the final round of fixtures within the present stage of the Premier League season has drawn a degree of excitement – that has perhaps not been experienced for some time. The decision to bring the Russian footballing calendar in line with its western counterparts – ie playing from August to May, as opposed to March to November – means that an unorthodox schedule has been adopted in order to facilitate the change.

The recent completion of the 30th round of fixtures means that the Premier League now undergoes a split – through which the top eight teams compete for the title while the bottom eight fight against relegation. This serves to provide a hugely competitive environment in which teams are now forced to compete against their more closely matched rival’s week in, week out. It is this abolition of the ‘dead rubber’ fixtures – that often plague the Russian season – that promises to make the coming months hugely intriguing for the nation’s game.

You need only look as far as the top eight to realise just how competitive the ‘Championship Group’ will be over the coming months. Zenit St Petersburg, the four Moscow giants, Rubin Kazan, Anzhi Makhachkala and Kuban Krasnodar all look capable of taking points off one another in a manner that makes the group so difficult to predict.

It could be argued that both Anzhi Makhachkala and Kuban Krasnodar are the two lesser known entities within the group – from an outsider’s perspective. However with the significant levels of investment that the former has spent over the past 9 months and the latter’s meteoric rise – led by former Chelsea full back Dan Petrescu – neither club should, or will, be underestimated.

The power ultimately lies with the established forces of both Zenit and CSKA Moscow – who appear set to enter another title battle which could possibly be the most tightly contested affair in recent years. It remains difficult to look beyond either of these two sides as the momentum appears to have deserted Dinamo Moscow who had, in recent months, looked like establishing themselves as real challengers to the throne. While the likes of Spartak and Lokomotiv Moscow sit too far off the lead to truly have a credible shout.

However it is not necessarily the title that will provide the most intriguing aspect of the upcoming league split as the chase for European places promises to be significantly more competitive. The big questions will revolve around Anzhi Makhachkala and whether they can overcome their recent poor form and gain the place in European competition that their vast levels of investment desire. A side comprising of the likes of Samuel Eto’o, Yuri Zhirkov and Mbark Boussoufa is one of lofty ambitions however a lack of stability within the club could ultimately put paid to ambitions of Champions League football next term.

At the other end of the table things are a little clearer cut than compared to their more illustrious rivals. The woeful form of Tom Tomsk finds them some seven points off safety and if their recent performances are anything to go by then it appears that the club may well find themselves in the second tier of Russian football for the first time since 2004. Tomsk’s new coach Sergei Perednya has struggled to overcome the problems that existed during the previous regime and as such it appears that further spiralling may well be on the cards – much to the torment of those associated with the club. With Spartak Nalchik, Krylya Sovetov and Amkar Perm all looking more than capable of shooting themselves in the foot the second automatic relegation place will be a little more competitively fought against.

Despite the fact that the teams who finish in 15th and 16th will automatically face relegation, this season will also see the implementation of a playoff system in which the teams who end up in 13th and 14th will be forced to face off against the clubs from the First Division who finished in 3rd and 4th. This twist will ultimately play in the minds of those clubs threatened with the prospect of being dragged into such a situation which could prove to be particularly hazardous – especially considering the excellent form of Shinnik Yaroslavl and FK Nizhny Novgorod in the First Division.

The decision to adopt a new calendar has sparked much debate and controversy over the past year however as the process of change comes to life it could well be a transformation that adds further invigoration to the domestic season. The sheer scale of competition that will occur before the term’s end next year, will serve, to enliven a season that will run for almost 16 months in total. So while the jury continues to be out as to whether a western footballing calendar is feasible in the Russian game there can be little doubting that this season will be one of the most entertaining in recent years.