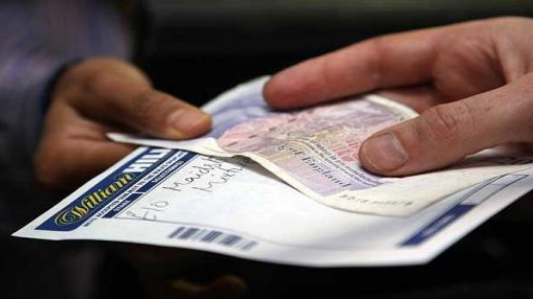 Originally I’d wanted to update some transfer dealings and shenanigans in the freezing East (-16 in Moscow right now, but sunny) and the loan offers for Aiden McGeady to the middle of the Premier League table, though as soon as I finished lunch and sat down to grind out another piece of Russian football, I got an call from a youth coach from a Moscow Region side asking me to go out to speak with his players on the topic of nutrition, preparation and best practice.

This same coach, a former Dinamo Moscow squad member, had been ostracised in the 1980s for speaking out against drug use within the club.  He lost his job in 1986 as a teacher (he retired from football in 1983) and only began working full-time again in 1990 and left the country for Germany in 1992, where I met him in 1999.  He was then assistant coach of a Hesse Liga side and lecturing in Kassel.  He was a genuine sports lover and used to come to my shows and even helped me prepare physically when I was recovering from a broken elbow.  He returned here in 2004 and I lost contact with him until last October.

I met him at a 2nd Division match and he told me about his new life – finally married (at age 51) and back teaching in a well to do academy and coaching the youth section of his local club.  He was loving life and determined to instil in his pupils how to do things right.  His two bugbears, he told me, were bad practice in football and lack of ethics.  Catching up for a coffee before New Years he related (for the umpteenth time) how he was shunned in the dressing room by his Dinamo team mates for refusing a “glass” and injections from the club doctor. He hated drugs and those who took them, which is why he used to speak openly about Moving Forward and give examples of how they have helped a few of the people he has met over his lifetime. His reason was that they had a choice, peer pressure didn’t sway him and anyone with an ethical fibre in their being would say no.  He saw it as both bad practice and lack of ethics which allowed drugs creep into the sport.  He was not the first, nor last, person to tell me about the drug problem in the former USSR, though he was the first to tell me about the problems in Germany, Bayern Munich in particular.  He said it wasn’t just East Germany, the West was as bad.  In his role as a lecturer in sports science he was blunt about the problems facing football and pointed fingers at top players who performed “above any possible natural physical capability”.  What is often termed as “super human” by the media and onlookers, simply isn’t possible in many cases, not by any natural or legal means.

Today we chatted for half an hour, he brought up Lance Armstrong and how the Oprah interview was a free pass to excuse his crimes.  Moving from drugs he went onto match-fixing and the latest pronouncements by FIFA to root it out of football.  My own opinion is that betting on matches is not the problem, despite the spin from authorities, the greatest crime is agreed results or the win at all costs attitudes of club owners or committees.  Alexey, the coach, knows only too well how this works out.  He has many stories about the USSR and results known beforehand, he told me in Germany that he’d seen the same thing there.  I reminded him of this again.

Our chat brought everything into focus for me.  The last few days the net and sports media have been all agog with the Fuentes trial, this morning a Balco Junior has been exposed in Miami and the NFL has had fingers pointed to it.  The 2012 Olympics had more than a fair share of failed drugs tests and all was lost in the self-congratulatory noise of the IOC and their willing lapdogs.  Those who argued most strongly for Lance Armstrong (like ESPN award-winning columnist Rick Reilly) feigned outrage and disappointment at being conned, though these fans with laptops were the ones to excoriate anyone who dared question their hero.  When Andy Lee stated, before his World Title fight, that his opponent Chavez Jr. looked suspiciously strong (having publicly appeared emaciated and exhausted at the weigh-in), he was accused to preparing an excuse for defeat.  When he repeated his opinion and later his suspicion later, few in the media supported him.  When Chavez Jr. recently failed a drugs test (along with other American boxing stars), there was a deafening silence.  Last week a 17 year Chinese female swimmer (Chzesy Li) was banned for two years for being caught doping in March last year.  A former World Champion and Olympian, her coach was also banned for two years.  Li was not selected for the Olympics because of the March test and now her spot will be taken by the next Chinese star.

The Fuentes case is not going to blow open any doors, not in football.  Athletics and cycling, of course, but football?  With all the billions of debt invested in the sport, what would become of the game should the top level players in the European League suddenly be found to to have consistently doped with the latest science?  Rumours will be quashed, even tennis will not deal with the issue.  The one person who agreed to act as a whistle blower, Wayne Odesnik, was roundly attacked by leading lights in the sport as a snitch and loser.  The same happened with Belgium’s Christophe Rochus when he mentioned drugs problems in tennis and the curious case of Justine Henin.  That Serena Williams complained about drugs testing last year despite not being tested once in 2010 and 2011 makes a mockery of the sport and its safeguards.  Rafael Nadal is coming under increasing pressure, along with a number of leading tennis pros who wrote warmly of “experts” who are famed for their use of PED’s.

Doctor Luis Garcia del Moral is best known for setting up the doping system for the US Postal cycling team, he also had more than a decade of guiding tennis players at the Spanish TenisVal Academy.  A tennis player my former company managed went to train at TenisVal some years ago – breaking her contract to do so.  She returned to Croatia leaner, stronger and with notable skin irritations.  It came as no surprise that a random drugs test found her to have taken anabolic steroids, amongst other banned drugs.  She received a 6 month ban and went back on tour.  I was told the governing body of tennis, the ITF, were informed fully of what had happened, yet in the almost 6 years that have passed nothing has happened, .

Fuentes has said that he had footballers visiting his operation and that he was providing them with PEDs.  When a “disgruntled” former physio from Dinamo Kiev went public about the use of PEDs by an army of Lobanovskyi’s medical staff, he was quickly silenced and now lives in Germany.  The whistle was blown in January 1999, the same season that an all-star Dinamo team reached the semi-finals of the Champions League with endless running and boundless energy.  Questions were raised then though were glossed over with the “achievement” of the Ukranians.

Let me be very clear, there is nothing that the media, professionals in the game and those of us who work in sports won’t do to make our pursuit of success real, by legal means.  A choice is made by those to fix matches to ensure club (and by reflection) personal glory or to take drugs in order to get bigger, stronger, faster and win.  Winning at all costs is not new to sports, how many fathers will trip their child to stop a winning goal in the back garden, human nature is as human nature does.  We strive to be the best.  Though when cheating is ignored and those who fight honestly are losing out, it is time to call stop.  Recent visitor to Ireland Vania King (a leading tennis pro) tweeted that if those caught doping in her sport were forced to give up titles and prize money, suddenly complaints about testing would dry up and the playing field would level.  Within half an hour she’d removed the tweet and she was severely reprimanded for questioning the sport.  If those who are playing clean, not organising results for self-aggrandisement and who have an opportunity to speak out, are bullied by peers and authorities against doing so, then all trust is gone and sport is no more.