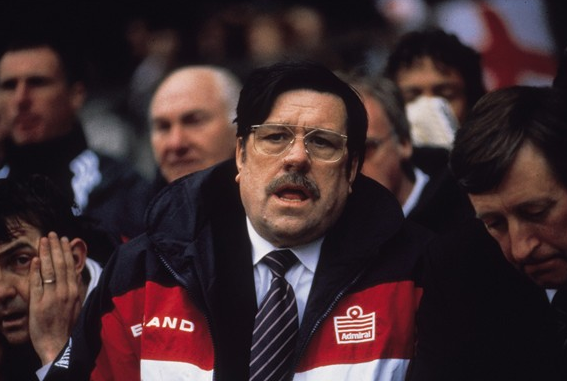 Naturally, the modern day footballer is evolving. Pace, agility and power are being displayed at astonishingly high levels by players around the globe, and in unison with these advancements, the tactics and flow of a football game will inevitably change as well.

The very first international game was contested by England and Scotland on the 30th of November 1872, a game in which the English wore caps, and the Scottish wore red cowls. The starting XI of these teams, combined, featured a remarkable fourteen forwards, and merely four out-and-out defenders. Immediately we ask ourselves how on earth two defenders were able to cover the seven or 8 forwards they were faced with, and that is where it becomes interesting. In the early years of the sport, passing was a concept that was not seen as an essential part of the game, nor was it admired by journalists or fans alike (not a single account of a passing manoeuvre was printed in the match report), rather, dribbling and trickery were seen as the signs of an adept football team. And it is for this reason that a two man defence was able to cope against six forwards, as the exclusive path to goal was through dribbling, and dribbling only, and thus, the ball was won back through a simple challenge from one of the defenders.

The formation that pioneered a balance between attack and defence was the 2-3-5, known as the pyramid. This formation was first recorded in 1880, however, in ‘Association Football’ published by Caxton in 1960, it is revealed that “Wrexham, the first winner of the Welsh Cup in 1877, for the first time certainly in Wales and probably in Britain, a team played three half backs and five forwards.’

The two fullbacks in this formation would watch and cover the opponents wingers, who were the widest of the opposing attacking line, whilst the midfielders (halfbacks) would concern themselves with the duty of watching the other three forwards, as well as acting as the link between defence and attack.

But it was the centre halfback who’s role is one that is still instilled in our minds over a century later, as he was the man with the assignment of tracking the centre forward (considered the most creative player), as well as being the person who received the ball out of the back, and distributed it to the forwards. We can observe world-class players today who’s niche is just that of the centre halfback, to curtail the influence of the centre forward who drifts into midfield and dictates the opponents attacking play, a position that takes an intricate reading of the game, along with guile and poise playing out from midfield.

Over a century later, a Roma side devoid of a traditional target man up front implemented a formation that many footballing minds believe to be the way forward in terms of formations, the 4-6-0. Although Spalletti’s side was revolutionary, this formation was not a new one. It was used the Austria side of the 30’s, dubbed the ‘Wunderteam’, but, most famously, it was used by Hungary when they beat England 6-3 at Wembley in 1953. England’s centre-half of the day, Harry Johnston, expressed his experience of the game as a ‘tragedy’, explaining his ‘utter helplessness… not being able to do anything about it’. If Johnston tracked the runs of Hidegkuti, he would leave a gaping hole behind him, and if he sat deep, Hidegkuti would roam free.

Roma’s captain, Francesco Totti, was, as Hidegkuti was, deployed between the lines, with Mirko Vucinic and Mancini flanking him, whilst Perrotta, Pizzaro and De Rossi formed a midfield diamond behind them. This system worked with such aplomb that even when Roma’s fit forwards returned, Totti continued to be chosen as the furthest forward, with Vucinic, a striker anywhere else, still marauding down the left.

Attacking fluency aside, the six midfielders in Roma’s 4-6-0 were not only able to attack, but to get behind the ball, and this is where the system excels. The players in this arrangement had to be universal; fit, creative and defensively able, therein they were all required to make the attacking play, as well as defend. Perhaps Roma lacked the quality throughout the team to make this work as frequently as they’d liked, but nevertheless, in full flight, this side was a nightmare to play against.

Manchester United’s European glory in 2008 was based around a revised version of the one Spalletti brought back into modern football. Ferguson’s use of two holding players (Scholes and Carrick) instead of Spalletti’s one (De Rossi) added structure to the system, the perennial front three was where the dramatic improvements were made. Cristiano Ronaldo, Wayne Rooney, and Carlos Tevez were a legendary triumvirate; each was able to play all across the front three and could contribute to all aspects of the game.

Manchester United’s adaptation has set the standard of what is needed to pull off the 4-6-0, or 4-2-4-0, as each player was universally capable. Even one player who does not pull his weight in this complex system can halter it.

Having a truly talented trequartista in this formation is paramount. A Messi. A Ronaldo. A Totti. He drops deep, into ‘the hole’ and from here the defence are helpless. Follow him and and a gap opens up, stay put and he has all the time in the world to make something happen, this is the man that makes the tactic tick. In a perfect scenario he picks up the ball in that whole and has the two wide players cutting into the box and his two central midfielders overlapping him and getting into the box. He needs to be able to pass, to dribble, to shoot. He needs to be able to hit long passes out wide as well as delicate one through the middle. He is everything in this formation.

A European Cup winning side playing without a striker, who’d have thought it back in 1872?

The 4-6-0 has been improved again by Barcelona, in a system that I won’t discuss, as it is very well documented.

The striker may be dead, and the striker-less formation may well dominate the current era of football, and Barca may have perfected it, but what’s next? A manager will pioneer the next radical formation, and people will doubt him, but this is how football works, great minds will be remembered, and great footballing philosophies will live on.

4 thoughts on “The evolution of football formations”