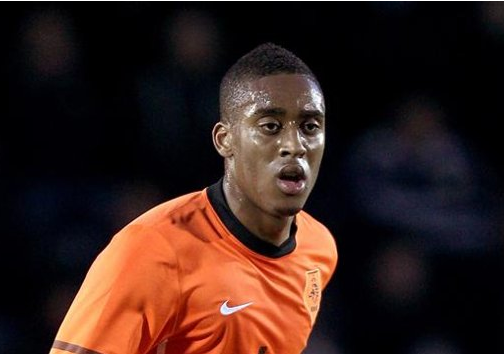 It is something that is often overlooked, but clubs in the various European leagues face very different challenges when managing the talent at their disposal. Football’s food-chain, often dictated by money, ensures that promising Eredivisie players (and there are lots of them) will almost certainly move on – with England, Spain, Italy and Germany common destinations.

Whilst clubs in those countries also face the challenge of keeping their better players, there isn’t always the same presumption that a move will happen. Rightly or not, it’s just taken as a given that the likes of Eriksen, Alderweireld and de Jong will move on from Ajax in the near future. Players in their position are often quite open about the fact – the same sort of honesty somewhere like England would be likely to attract supporter scorn and/or claims of a quote being ‘lost in translation’ by club media departments.

The silence leads to speculation and the speculation leads to rather unpleasant ‘will he, won’t he’ sagas, played out in the full glare of the twenty-four hour media. There is something a little more ‘open’ and dignified about the Eredivisie environment, although there is still speculation, primarily focused on who the buying club will be.

From the club’s perspective timing is everything in the Netherlands. For me it is a key reason why both the Eredivisie and the Dutch national side continue to punch well above their weight in the production of talented young footballers. Clubs seem to feel a genuine duty-of-care to players they have nurtured, advising them to stay put until they are deemed physically and mentally ready for a move abroad.

Don’t get me wrong, I’m not naive enough to think it is always a truly selfless act; clearly there would be something to gain for say, Ajax, if Christian Eriksen were to stick around for another season, although I actually agree with Frank de Boer that the Danish international’s development would be best served by one more year in Holland.

Smaller clubs like Groningen or Heerenveen, without Champions League football and the revenue that brings, rarely have the same ability to hold onto their top talents that little bit longer, but FC Twente’s recent experience perhaps suggests that isn’t always a bad thing.

Their collapse after a promising start to the season has been quite remarkable and the reasons are for it are multi-faceted, yet I believe the Eredivisie’s ‘stepping-stone’ effect has played an important role.  As I mentioned earlier, timing is everything in the Eredivisie – keep a young talent too long and you risk them losing a bit of focus, even if it is sub-conscious.

The back end of last season also saw Twente fall away pretty spectacularly, at the time veteran defender Peter Wisgerhof said constant transfer speculation surrounding the clubs younger players hadn’t helped the situation. It was a comment that stuck in my mind, mostly because it sounded like an excuse, now I’m not so sure.

Of those young players attracting strong interest from abroad only Ola John and Luuk de Jong left FC Twente last summer – Nacer Chadli (23), Douglas (25), Roberto Rosales (24), Nikolay Mihaylov (24) and Leroy Fer (23) all remain at the club to this day. All, when fit, are regular starters, making up almost half the first eleven. Holding on to their better young players and adding to the squad with talents like Tadic and Castaignos looked like a winning formula for Steve McClaren, yet he is now unemployed.

I accept it is a theory that is virtually impossible to prove, yet could it be that Twente kept too many players for a year too long? As if to add insult to injury, almost all those mentioned will fetch lower transfer values this summer than they would have done in 2012.

It begs the question; when is the right time to sell? Again, it is far from an exact science and different players develop at different rates and have different circumstances. That said, I’m tempted to look at the club that seems to get this right more often that not. Asked recently about the possibility of key players leaving Ajax this summer, head coach, Frank de Boer was quoted as saying; “If Alderweireld and Eriksen leave, Siem de Jong will be the only player left of his generation. If boys like him stay until they are 24, then they would already have stayed an additional two years.”