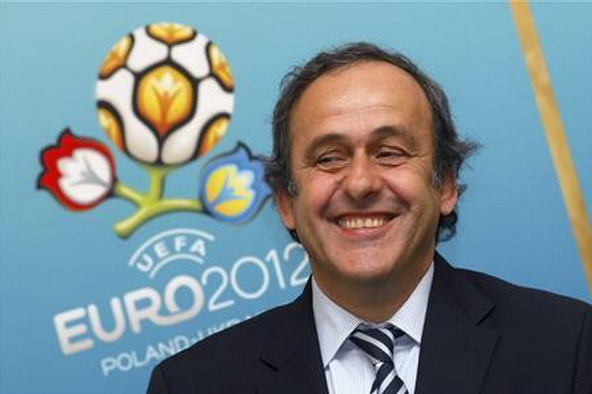 The crowd in Warsaw were feverish, kicking every ball with a Polish side determined to claw their way back from 1-0 down again Russia, their most bitter of enemies. Little did they know their moment was about to come, a moment which illustrates football’s unbreakable ability to rouse a nation.

Cutting inside on the right of the area, Jakub Blaszczykowski killed the ball’s flight with his instep, steadied himself and let rip with a thunderous drive that slammed into the top left hand corner. Warsaw’s National Stadium exploded with awe, joy and, perhaps mostly, relief. A euphoric Blaszczykowski sprinted towards the fans, eyes bulging. He’d just captivated a nation and with this, produced one of the most charming, touching moments of Euro 2012.

Poland, along with Ukraine, personified the spirit of a host nation – dogged, determined and unrelenting. Granted, both teams so sadly fell at the first hurdle, but the legacies of their emotive supporters, and the players’ cast-iron belief that they could succeed left a warm feeling after the tournament. This, though, could be a thing of the past if UEFA president Michel Platini has his way.

In an age where football is rapidly losing touch with its roots, Platini has revealed his unforeseen plan to scrap host nations and have potentially 12 host cities across Europe by Euro 2020. It genuinely beggars belief. That he would stick a knife into the soul of one of the most prestigious football tournaments on the planet is a damning sign for the future of football.

Platini further showed himself to be on a different wavelength to any sane football fan when fielding questions about how fans would travel to games. Budget airlines are the answer, he said. His views and blasé attitude clearly unveil an element of tunnel vision in his nature. Worse still, he claims fellow executives at UEFA are wholeheartedly supporting his new blueprint.

International football tournaments should be a celebration of a nation, a chance to invite the world into a country’s sporting culture. Poles and Ukrainians, sure enough, will argue that there is little more satisfying than seeing the results of years spent planning the stadia, transport and infrastructure for a tournament. Imagine the butterflies reverberating around Polish bellies at the polarising, enthusiastic tannoy countdown to kick-off on opening day against Greece.

Indeed, you could argue that Poland’s valiant battling was one of the highlights of the tournament, perhaps even more so than Spain’s predictable yet significant victory. The Poles played some of the most unhindered, cavalier football in the tournament, often making for incredibly open matches and stretched passages of play. They got forward at will, the likes of Blaszczykowski and Sebastian Boenisch supplying the ammunition for Robert Lewandowski.

The latest instalment in the Euros is a prime example of a how a host national can both grip and beguile the continent, even more so should it be an underdog such as Poland. With respect to that, it would be fascinating to tap into Platini’s motives for this bold move.

The new structure would mean a fairer distribution of revenue across countries, as opposed to one country boosting their coffers, though other countries to host the Euros recently – Austria, Switzerland, Belgium – are hardly renowned for their glittering football traditions and reputations. Indeed, all three domestic leagues pale into insignificance. The more cynical among us may see this as a way Platini can further integrate with contacts across all of Europe.

Take away a host nation, though – or even co-host nations – and you take something away from the tournament. The spectacle, aura and unique atmosphere of each tournament should leave a lasting image of the event. To some extent, the way a tournament is packaged and presented by its hosts is almost as important as the football on show. For instance, the endless stampede of vuvuzelas in South Africa at the World Cup left an impression to say the very least. Personal opinion on that is another matter, however.

Platini has opened a can of worms with this revelation, it seems. Football’s complexion is already being sullied with constant allegations of racism – that’s not even mentioning UEFA’s, well, handling of this particular problem – so the last thing football needs is damaging, counter-productive alterations to tournaments. Logistically speaking, host nations make perfect sense. The sentiment and warm glow of every major tournament does need to be tampered with. Platini has won few friends recently, and it seems he is sadly out of touch with what makes football such a significant, socially aware game. Let’s not even start on expanding the Euros to 24 teams either.