Football, or soccer for our friends over the pond, is the most popular sport in the world. The beautiful game has spawned some of the greatest players to ever lace up their boots over the years, which is why we’re looking at the biggest soccer players in 2020 for today’s article.

We of course aren’t talking stature, but rather, the biggest names and most talented players of 2020 and beyond. Over the years, we’ve seen some legends in the world of football: George Best, Pele, Zinedine Zidane, Bobby Charlton, Eric Cantona, Alan Shearer, Dennis Bergkamp, Thierry Henry, to name but a few. Right now, though, there are some truly amazing players tearing it up in leagues all over the globe.

According to betting sites like Betfree, the online sports betting industry is currently seeing a dramatic increase in the amount of people placing football/soccer bets, and betting on individual players, rather than teams and results. That’s because of the talent displayed by said individuals. Here are the biggest soccer players of 2020.

Cristiano Ronaldo, or CR7 as he is known, is without a doubt, one of the greatest football players to ever grace the beautiful game. Ronaldo is now 35 years of age, which in the world of pro football makes him past his prime and ready for retirement. On paper at least. Despite being 35, Ronaldo is arguably fitter and faster now than he was in his twenties.

As of this writing, he has scored a total of 724 goals out of 997 games. Currently at Juventus, CR7 averages a goal every 111 minutes, which is astonishing. Despite his age, he is arguably just as good now as he was a decade ago, if not better.

Want to spark a fierce football debate? Just sit a group of football fans together at a pub over a few pints of Guinness, ask whether Messi or Ronaldo is better, and then sit back and watch the sparks fly. Messi vs Ronaldo is one of the most hotly debated topics in the world of football. Lionel Messi plays for Barcelona and is considered to many to be the best player on the planet.

He is currently 32, and his reputation speaks for itself. He has played 852 games, and has scored 692 goals. He averages one goal every 99 minutes. The Argentinian international remains committed to Barca, and has been integral in their success over the years. 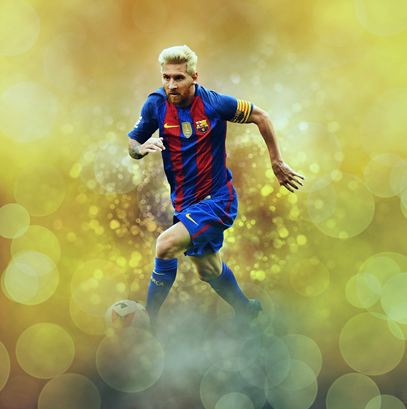 Manchester City might be grabbing the headlines for the wrong reasons lately after being banned from Champions League football for two years, but they are still one of the most dominant clubs in the EPL.

Kevin De Bruyne has played a key role in establishing City as one of the best in the world and the midfielder continues to impress. He is currently in the form of his life, and the Belgian international always gives 100% each and every time he plays.

At Tottenham, Bale could do no wrong. At Real Madrid, he started off incredibly strong, but found himself out of favour with his new manager. After a public falling out with Zidane, his manager at Real Madrid, Bale’s value dropped in 2019. The two sides are slowly putting their differences aside, and with Wales in the Euros for 2020, and the summer transfer window, his stock is rising.

If you are looking to place a cheeky bet, Bale to Manchester United, or even his old club now that Jose Mourinho is in charge of Tottenham Hotspur, wouldn’t be that bad of a shout for the 2020/2021 season.