Christmas can be a stressful time – packed shops, family rows over the Monopoly board, the same old ‘blockbusters’ on the television.

Why not avoid all that nonsense and treat yourself to a dive into the latest incarnation of Football Manager. Here are 15 ‘Off the beaten track’ challenges for the curious Football Manager gamer to try. 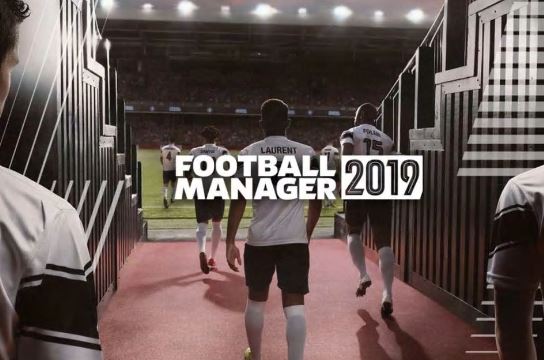 Hamburg SV are one of only three German teams to win the UEFA Champions League/European Cup.

They were also a force domestically in the late 1970’s and early 1980’s with several famous players such as Kevin Keegan and Felix Magath.

However, last season, for the first time, they were relegated from the top flight in Germany.

With a wage budget of up to £500k per week available, the target has to be returning to the Bundesliga within a season, playing European football within four seasons and challenging Bayern Munich for the title within six seasons. A long term challenge this one.

Macclesfield Town are one of only two English Football League clubs based in Cheshire alongside Crewe Alexandra.

In 2017-18, Macclesfield were promoted back to the English Football League after a six season absence. The promotion was remarkable as it was reportedly achieved on what was considered the lowest budget in the division.

However, in the summer, disaster struck, as the man who orchestrated the promotion, John Askey, left to join third tier Shrewsbury Town. In real life, Spurs, Arsenal and England legend Sol Campbell has taken his first steps into management with ‘the Silkmen’. Now, so do you.

With zero transfer funds and the lowest weekly wage budget in League Two can you keep ‘the Silkmen’ in the Football League?

To Scotland and our next challenge, Edinburgh City. Originally founded in 1927, the original football club went out of business in 1955, however, continued to trade as a social club.

In 1986 fellow Edinburgh-based Scottish club Postal United were given approval by the social club to use the Edinburgh City name, thus being re-named Edinburgh City.

After two failed attempts to apply to join League Two, City finally made it to League Two after defeating East Stirlingshire in a promotion/relegation play-off in 2016.

With a transfer budget of £44k, a wage budget of £4k and a base in Edinburgh, one of the UK’s biggest cities, there is potential here.

Could you achieve promotion over a nine year or even quicker period from League Two to the Scottish Premier League joining fellow Edinburgh clubs Hearts and Hibernian?

The controversial and eventually abandoned idea of a La Liga match between Girona and Barcelona in the United States horrified football supporters in Spain. However, there is a way to bring La Liga to another continent in a non-controversial manner.

UD Melilla is the club of the autonomous city of Melilla, a small Spanish enclave in North-West Africa which is surrounded by Morocco.

They play in the regionalised third tier of Spanish football in Division B4. Can you lead Melilla to the Spanish top flight and see regular La Liga matches come to the continent of Africa?

With a population of just under 80,000 inhabitants and a stadium capacity of just 12,000, it will be tough.

In French sport, there exists a North/South divide, football dominates in Northern France, in Southern France, Rugby Union is dominant. This is where our next challenge comes in, AS Beziers.

Founded in 2007, this is the second attempt at establishing a football club in a Rugby mad city after the town’s original club AS Beziers Herault folded in 1990.

At the end of the 2017-18 season the club won promotion to Ligue 2, the second tier of French football for the first ever time.

Now here is where it gets tough, with zero transfer budget and the smallest wage bill in the second tier, can you establish Beziers in Ligue 2 or even win an historic promotion to Ligue 1.

Lausanne Sport are Switzerland’s sixth most successful club with seven titles, yet, in recent times, Lausanne has become more famous for being the headquarters of the International Olympic Committee (IOC).

Despite this takeover, Lausanne were disappointingly relegated to the second tier Challenge League at the end of the 2017-18 season. Can you establish Lausanne Sport as a powerful force in Swiss football once more?

Prague-based Viktoria Zizkov are a historically famous club, winning the 1927-28 Czechoslovak championship and 7 Czechoslovak Cups, all before 1940.

However, things are now bleak as they sit in the second tier of Czech football and are currently the fifth highest ranked team from Prague behind Slavia and Sparta, Bohemians and Dukla.

Can you make Zizkov a force once more? The club is mid-ranked regarding both transfer and wage budget in the Czech second tier.

Genclerbirligi have won two Turkish Cups in 1987 and 2001. The club also became famous in the 2003-04 season for a fine UEFA Cup run which saw them eliminate Blackburn Rovers, Sporting CP and Parma FC in the first three rounds before narrowly losing to eventual winners Valencia in the fourth round.

Genclerbirligi have one of the highest transfer budgets in the Turkish second tier and the highest wage budget. Can you lead them back to the top tier and give Ankara a championship winning team for the first time?

Doing it in 2022-23 would be truly memorable as it would fall on the 100th anniversary of the club and Ankara’s inauguration as the capital of Turkey.

Rapid Bucharest were formed in 1923 in the Grivita neighbourhood of Bucharest, famous for its railway yards, hence the nickname of ‘The Railwaymen’.

In 2017-18, the sports association of Rapid, Academia Rapid Bucharest set up a new Rapid Bucharest once again in the fourth tier of Romanian football, instantly winning promotion to the third tier.

Now can you get the Railwaymen back in the top flight of Romanian football challenging Steaua and Dinamo once again?

Metalist Kharkiv were founded in 1925, the club spent 13 seasons in the highest level of Soviet football and won one Soviet Cup, in 1988.

Post-USSR in 21 editions of the Ukrainian Premier league between 1996-97 and 2017-18, Metalist were one of only two teams to break the duopoly on the top two positions held by Dynamo Kiev and Shakhtar Donetsk by finishing second in the 2012-13 season.

However, after financial problems, the club folded at the conclusion of the 2015-16 season.

The old Metalist Kharkiv then split into two clubs, SK Metalist Kharkiv, who play in the Kharkiv regional leagues and FC Metalist 1925 Kharkiv who, after two consecutive promotions, now find themselves in the Ukrainian First League.

Can you take Metalist 1925 back to the top flight in Ukraine and win the club a historic first championship?

Chertanovo Moscow were founded in 1993 and for the first time at the conclusion of the 2017-18, the club won promotion to the second tier Russian First Division.

Based in the southern Chertanovo district of Moscow, the club’s first team squad is made up entirely of graduates from their youth academy. Can you now get Cherti, ‘The Devils’ into the top flight?

Southern Moscow is an area of the city which lacks a top flight team and with their academy being one of the best in Russia at present there is an opportunity here to develop something.

This is a long-term save, especially if you dream one day of toppling the likes of CSKA, Lokomotiv and Spartak and becoming the top Muscovite club.

The first of four challenges outside of Europe, Africa’s challenge is Ajax Cape Town. Founded in 1999 via the merger of two clubs Seven Stars and Cape Town Spurs to serve as a feeder team for Dutch giants Ajax in Africa.

At the end of the 2017-18 season the club was relegated to the second tier for the first time.

This challenge is a three step one, firstly, return Ajax Cape Town to the top flight. Step two is claiming a first ever South African title. The third and final step is winning the CAF Champions League.

This challenge is good for those trying to do the Five Continent Challenge. For added authenticity, you could add the Dutch Eredivisie as a playable league and then see if your exploits at Ajax Cape Town attract the attention of your parent club in Amsterdam.

After being established in 2015, FC Cincinnati from Ohio have enjoyed a meteoric rise and only three years after foundation at the end of the 2018 season, the club won the American second tier USL for the first time.

News broke in May 2018 that FC Cincinnati had been awarded an MLS franchise for 2019. You therefore have to start your game in 2019 to play as FC Cincinnati in MLS.

One source of intrigue to play with FC Cincinnati is developing an inter-state rivalry with Columbus Crew. Politically, Ohio is a continuous swing state between the Democrats and Republicans and every president elected since 1964 has won the state of Ohio in presidential elections. Could it now be a swing-state in the sports arena?

Can you dominate football in Ohio with FC Cincinnati and knock Columbus Crew off their perch? Whilst also winning MLS and the CONCACAF Champions League at the same time?

Outside of the Big Three of South American football (Brazil, Argentina and Uruguay), there is a strong claim historically for Peru to be labelled as South America’s fourth best international team.

However, in club football and the Copa Libertadores, no Peruvian side has ever won the competition. So, can you win an historical first Libertadores for Peru?

You can be any team in the Peruvian top flight. The “Big Three” of Peruvian football are Universitario, Allianza Lima and Sporting Cristal, all based in the country’s capital Lima, winners of a combined 67 championships between them making them the most obvious candidates to choose.

Finally we head to New Zealand. A common joke about football in New Zealand is “Why kick a ball when you can pick it up and run with it?” highlighting the popularity of Rugby Union in the country.

However, the country does have one professional team, Wellington Phoenix who play their football in the Australian A-League, the only non-Australian team in the league.

‘The Nix’ as they are commonly called have a mid-ranking transfer budget but the lowest wage budget in the league.

Can you start to get Kiwis to fall in love with the World Game by dominating in the A-League and creating a Kiwi Dynasty?

All Transfer and Wage Budgets provided in British Pounds based on information on http://sortitoutsi.net. Please note all transfer and wage budgets can be adjusted based on increases or decreases to the expectation levels your board have.