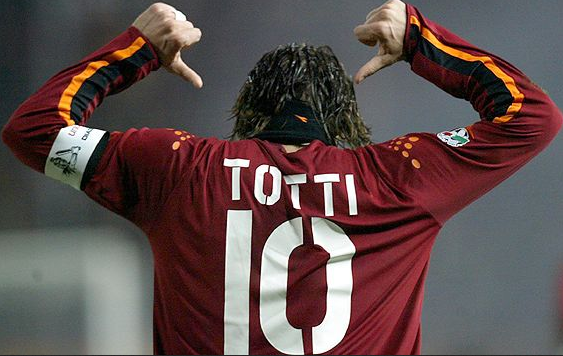 Del Piero, Totti, Baggio -who didn’t want to be one of these guys as a youngster…

UEFA Champions League 1995-1996 season. For boyhood Rangers fans, the idea of Juventus coming to Ibrox was undoubtedly the main event of the year. The Old Lady and Alessandro Del Piero in Glasgow. A man many would base their games on; scoring goals, creating chances, skilful, and adored by thousands of football fans all over the continent. THE trequartista.

Ok, let’s get the result out of the way. Rangers failed to score, and Juventus scored four. Not surprising really, with the likes of Peruzzi, Conte, Vialli and co. But the sheer class of the player in a position playing three quarters of the way up the pitch was clear. It was obvious on the night that the Rangers team became another that couldn’t handle it. This seemingly “free role” which allowed the number 10 to run with the ball, pass through the defence, run onto balls, dictate forward play, take shots as the ball is picked up and, of course, take a free kick. Surely this is the most beautiful position in the whole of football? However, it seems there is quite a lot to it.

There is certainly a level of class and ability that is a must. To simply pass a football is relatively simple, but to lead an attack and have the vision to see a pass as you bear down on the defence, pick the timing of the pass, then weight it to perfection to create a chance-this is the tricky component. As well as this, you have to see passes that are simply not on, and make them “on”. The reason for this, mainly due to the fact that the responsibility of creating chances for the side is down to you and your position. It is expected that if you have the number 10 shirt, and sit just behind the strikers, you do these things. This brings on another side of the position, maybe not so glamorous, but seemingly just as important-leadership.

Totti and Del Piero battled the position for Italy. To look at it in very basic terms, Del Piero more of a goal man, with Totti a creator? This debate, especially for Italians, has been argued for many a year so to try and settle it now would be ridiculous. Certainly, however, both have outstanding leadership qualities and have been great captains-as well as are (mainly) one club players. Icons and club ambassadors. This responsibility also comes with culpability. If it’s simply not working on the pitch, usually these guys will take a lot of the flack as chances are not being created or finished. A lot of mental attributes are associated with the role-the classic trequartista role.

Back to the classy side of it again. For the position of trequartista, a large portion of it has to be natural. How can you teach some of the requirements? Exceptional awareness on a football pitch, although can be improved slightly, has to be something you are born with; to see things develop in front of you and read it, then manipulate it and dictate how it proceeds. It separates the good players from the truly great players. It’s what gives Pirlo the edge. It’s what separates Makelele from Gattuso. It’s what makes these players stand out amongst a world of competition. And with this awareness also comes decision making abilities. The composure required for the trequartista role is a huge factor to be considered. When to pull the trigger and when to set up a teammate with a delicate pass. As goals are an important factor too, the composure to finish is desirable. There is a lot to take on in this role, which is why when you name players who have played in the role, you hear the likes of Totti, Baggio, Zidane and of course, Del Piero. Some of the greatest players of all time.

Del Piero can be the standard to which wannabe trequartistas aspire to. Having the elegance on the pitch, natural ability to create chances, and even more natural ability to finish them off. Del Piero leaves Juventus as their all-time leading goal scorer. Ok, he was there for a good few years, but for the amount of goals scored, assists, skilful technique on display and overall leadership of one of the best teams in Europe, he has to be THE trequartista, no?

Some might be thinking “where is Xavi? Iniesta? Kaka?” Well, this is where the difference lies. There are a lot of unbelievably fantastic attacking midfielders and forwards in the world; too many to name. But that is what they are-attacking options. The trequartista’s attributes are, although not a lot different, different none the less to the likes of Iniesta etc. What Barcelona have done is take total football to a whole other level with positional play-it could essentially be a team full of free roles at times, with options all over the place. It’s a joy to watch at times. The classic trequartista differs, and is a position not in great demand. It requires a fairly fixed set of midfielders behind you, who do a lot of the mopping up, passing from the defence to the front. And, a forward (or two) who, again, maybe don’t drop back as much, but prefer to stay up top or drop out wide for options.  Not exactly the new “total football” we see, but with the right man in the position, it can be a very exciting way to play.

Who doesn’t want all the attention for scoring goals and creating chances anyway? Pinging free kicks in and running at defences? That’s why fans and youngsters love this type of player and position. There is artistry to it. Grace and technique. Elegance and style. Although still not widely used, some of the best footballers in the world have played the position, and made it their own. Mostly, making their name in the position and becoming some of the most gifted players ever to grace a football pitch. As we see even greater players these days, this is a result of football evolving further. Players like Iniesta, Fabregas, Schneider and Kaka all have their own forward play developing, which is exciting to see, but looking at it, it seems these styles and positions have all spawned from the trequartista.