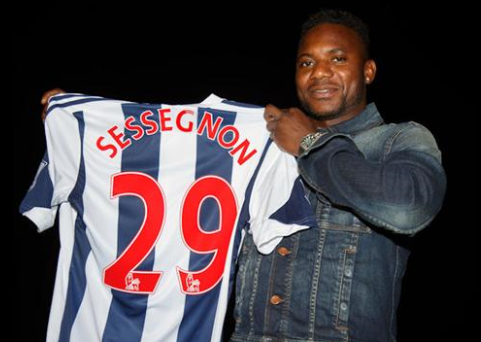 The trouble with magic is that it is very rarely performed without consequences, and very often misunderstood.

Stephane Sessegnon was, for the past couple of seasons, the only player at Sunderland capable of performing such trickery. He is now Stephane Sessegone, with West Brom breaking their transfer record to sign the Benin international.

Losing such a talented player, to a Premier League rival, would often be considered a huge blow; the reaction to this sale has been somewhat mixed.

His ability on the ball, his capacity for producing the unexpected, creating something out of nothing and making the extraordinary look ordinary was never in question; he was, in those terms, one of the best players the club has had in modern history.

With that magic, though, came the consequences: he was very inconsistent, his work-rate could be called into question, there was constant speculation surrounding his future and he never really seemed to fit into the side.

At his best, he was the missing piece of a jigsaw puzzle. At his worst, he was an extra piece included in the box by mistake, which you nevertheless feel necessary to try and force into place.

He was the proverbial scorer of great goals, as opposed to a great goalscorer, but then perhaps part of the problem is that he isn’t a centre forward: he was just used as one.

There were times when he was used as a lone frontman, and times when he was shunted out to the wing. It appeared that getting him into the team was more important than thinking about formation or tactics, but neither was the side ever really ‘built’ around him.

His goal against Newcastle is one that will live long in the memory, and indeed a compilation of his goals in a red and white shirt would play well on YouTube. Perhaps the best showcase of his talent was against Norwich: a deft turn on the halfway line, a burst of pace to leave the defender behind, picking the right pass and then continuing to get on the end of the ball and score.

Too often, though, there was one turn too many, a pacey run down a blind alley, a pass that went astray – or a pass never made, and a finish that failed to work the ‘keeper.

At 29, and as one of the highest earners at the club, you can see the financial sense of the deal, while there’s a chance, with everyone fit, he wouldn’t get into Paolo Di Canio’s first XI.

Selling to a Premier League league team of a similar standing, though, is a move that surely weakens Sunderland and strengthens West Brom – and the two sides play each other in just a few weeks, so fans will be hoping he doesn’t haunt them.

On balance, it’s a difficult move to judge, and long-term may prove to be the best decision, especially if the player wasn’t fully committed.

But, with Sessegnon’s spell at the club ending, it does feel like a bit of magic has gone.