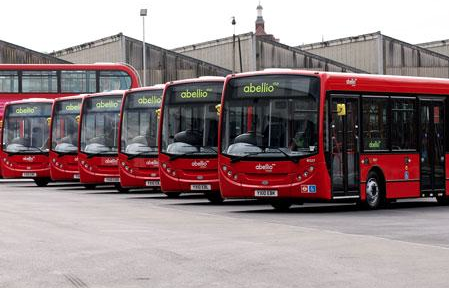 In a week where it was revealed “park the bus” is a tactic on the upcoming Ea sports instalment of FIFA, it’s time we take a look at the tactic that divides the opinions of so many.

After what was a fantastic World Cup with a staggering 2.7 goals scored per game many believed that the era of stubbornly slow defensive setups was over giving way to free-flowing attacking games full of goals and excitement, this belief was, unfortunately for football purists, naïve.

When it comes down to it, every team is going to do whatever they have to do to give themselves the best chance of coming out of a game with a victory or a draw if needs be. Who can forget that Chelsea have won the Champions League through this very tactic – parking the entire team in their own half and hoping to strike lucky on the break. If by employing this tactic trophies are won surely it’s use can be justified.

As with all things there is pros and con’s to using the ‘park the bus’ tactics;

When looking at the advantages of the “park the bus” tactic you don’t need to look any further than the aforementioned Chelsea 2012 Champions League triumph, a true example of great organisation and pure grit helping them to shrug off both Barcelona and Bayern Munich on their way to the clubs most famous triumph.

In Saturday’s game between Liverpool and Aston Villa, we saw the Villa park the bus in the most efficient matter possible, upon gaining an early lead Villa proceeded to camp in their own half, thirty minutes in Villa were defending so deep in their own half that Liverpool were passing it between their defenders well inside the Villa half. Paul Lambert’s side implemented their plan brilliantly limiting Liverpool to shots from range and clinging onto the lead Gabby Agbonlahor gave them early on.

For any bottom-half team visiting the big teams at Anfield or at Stamford Bridge it is hard to argue with them defending as they simply cannot go blow for blow with these giants, however this tactic is not without many critics.

We saw the pro’s of parking the bus when Villa left Liverpool with a hard-earned three points but we also saw the main downside to teams using this defensive strategy. The game at Anfield was probably one of the worst games Liverpool have been involved in for the past few seasons – the majority of the match consisted of Sakho, Lovren and Gerrard passing the ball between them hoping for someone to make a move but trying to pass the ball through the entire Villa team proved a feat of too high an order for this talented Liverpool outfit.

Surely if this tactic is going to be used every time a team visits Anfield or Old Trafford the excitement of the game will be lost, it would be hard to find any neutral watching the Saturday evening’s game who enjoyed it, it was up there with the most dull, un-entertaining games in recent times. Now with EA Sports embracing the phenomenon the footballing world is accepting the fact that defending one goal leads and putting entire teams behind the ball is the way forward.

Only the most potent attacks can break down a well organised defense with all players behind the ball and Chelsea proved in 2012 by beating Barcelona that even the most talented attacks struggle to break it down.

Sure, football is a tactical game, a game of attacking and defending but surely if teams continue to park the bus it will lessen the attraction of football and diminish the excitement we have come to expect with every game.

One thought on “Tactics viewpoint – parking the bus”