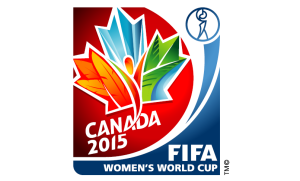 With the women’s World Cup now little over 34 weeks, anticipation should be reaching fever pitch levels yet instead the build-up to the premier tournament in the women’s game remains plagued by the nonsensical issue of synthetic pitches being utilised in Canada next June.

Rightly so the women’s football community are in the main aggrieved by the planned use of artificial turf – virtually from its reveal the decision has been the subject of continued disconcerting voices – however it is only in recent weeks that the disgruntled response has caught the attention of the mainstream footballing media.

The crux of the argument – which has seen 50 professionals take their anger to the courts – revolves around the viewpoint that such a scenario would never have been allowed to unfold in the men’s game and it is incomprehensible to debate that statement – although judging by the selections of upcoming male World Cup hosts nothing should be considered unfeasible when questioning football’s governing body.

Women’s soccer – rightly or wrongly – already feels second best to its male counterparts and whilst that is gradually changing – although at an infuriating slow pace – there is a notion that FIFA believe because this is the Women’s World Cup they can get away with both cutting corners and doing things on the cheap.

That the media has cottoned on will be comforting, yet the exposure of what should represent a substantial issue remains relatively minimal – again if this was the male equivalent the coverage would liable be wall to wall. Alarmingly Wales playing a qualifier on a similar pitch in Andorra drew more of a reaction – ludicrous when you consider this is the pinnacle of women’s football being discussed.

Aside from the inequality element of the controversy, a genuine worry is that what should be a seminal tournament for women’s football could potentially be clouded by what is in the grand scheme of things a farcical issue. The female game has never been in a more prosperous state, in regards to both worldwide quality and the product as a whole. Competing with minimal other major sporting events – the COPA America aside – next summer’s spectacle offers an unparalleled opportunity to thrust the product into the mainstream.

The concern is however that synthetic pitches are not conductive to fully showcasing the games advancements, with many indicating such surfaces have a detrimental to the quality of the football being played. At the same time from a physical perspective there is an opinion that artificial turf can heighten the possibility of injuries – with that believed to one of the attributing factors relating to why women experience a greater degree of knee injuries than their counterparts – with that nagging threat naturally liable to have a detrimental impact on performance.

Not everyone has showcased the same level disenchantment, with England coach Mark Sampson outlining that the pitches could suit his squad – several WSL sides regular play matches on synthetic turf – yet whilst that maybe true it should not disguise the overall point of contention which revolves around the genuine inequality of the decision.

To push the blame entirely at Canada’s door would be somewhat unfair – such pitches do undoubtedly cut long-term costs and unfortunately it is a sad truth that budgets for the Women’s World Cup are light years away from the billions splashed on the male equivalent.

At the same time to an extent FIFA can also be sympathised with, given Canada were the only nation to actually bid for the tournament – Zimbabwe inevitably pulled out through the race’s opening furlongs – leaving the game’s governing body with little option.

That lack of viable hosts is not a new problem, with the 2011 addition eventually coming down to a shootout between Canada and Germany which highlights the problem of generating interest in a competition with no guarantee of substantial reward. Outlining the problem is that of the six previous tournaments four have been held in either USA or China – although the second to be staged in the States was due to the SARS outbreak. The lack of commitment to host major sporting events in the modern world is not an exclusive problem to women’s football, with the 2021 Winter Olympics fast developing into a one horse race – an event supposedly perceived as one of the most prestigious global events.

It is here where FIFA – an organisation not short of cash – are culpable for criticism. It would be foolish to envisage the women’s World Cup generates a similar uptake as the male version, yet what FIFA must do is make that proposition more appealing – that’s not to say the powers that be should stump up the vast proportion of cash but it seems farcical that they are unable to fund the relatively minor costs of half a dozen synthetic pitches.

If FIFA are genuinely serious regarding the development of the Women’s game the governing body must assist those committed to accomplishing those aspiration – perhaps Canada do not exactly meet that criteria given arguably they have the funds to both implement and upkeep grass pitches yet the fact remains no other country offered themselves as hosts.

Major international sporting events do not come cheap and very few represent relatively assured investments. It should therefore not be inconceivable to expect a wealthy governing body to assist in negotiated an issue which could have been resolved many months ago – whilst a proportion of the blame can be attributed to Canada they should not signify FIFA’s fall guy.

Women’s football is in the position where huge strides are now viable, yet a perceived significant moment on the game’s development curve is in danger of being severely hindered – sadly a risk that could so easily be averted should those in positions of power just adapt a stance of realism.

The root of the issue lies with an organisation who across both genders have proven unfit purpose, Canada may well be forced to carry responsibility of what has developed into an embarrassing affair, yet there is little to refute the claim that in the wider picture FIFA’s big wigs on the whole seemingly do not harbour sincere interests in the development on women’s football.