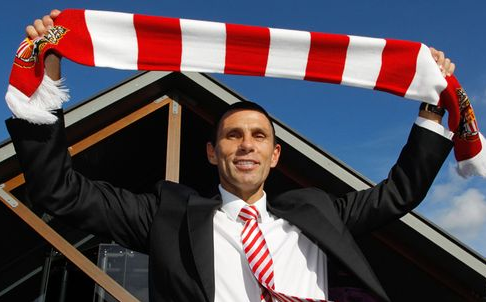 Two numbers that appear meaningless, but have caused a lot of recent bad feeling between Sunderland supporters.

The top number is the club’s allocation of tickets for the Capital One Cup final.

The second number, the significantly smaller one, was the attendance for the FA Cup game with Southampton on Saturday.

Around the same time as those 16,777 were in the Stadium of Light watching the match, it was announced the 31,000 tickets for Wembley were all gone.

This outrage was not, however, directed at the corporate sponsors and such like all those ‘missing’ tickets have gone too, but rather between Sunderland fans.

Season card holders were quick to point to the vast number of supporters desperate for Wembley tickets, but not bothering to turn up for a FA Cup at midday on a cold, wet Saturday.

They would then hit back, pointing to the holier-than-thou attitude of some season card holders, and the supposed ‘bandwagon jumping’ of others who didn’t have a season card in previous seasons.

It went on-and-on, tit-for-tat, tits and twats. Armies of keyboard warriors competing in a dick measuring contest that completely misses the bigger issues.

They weren’t the only ones. Apparently BT Sport’s half time segment focused on the attendance, or lack thereof. That’d be the same BT Sport who decided to broadcast the game, thus enforcing a 12:45 kick off. Quite what right they, or any media outlet, have to be criticising the number of fans who go to a game I’m not sure, especially when they are the ones encouraging people to watch it on TV instead. Then again, this is a company that employs Michael Owen as a commentator, a man with a voice so boring that a well-known sexist is the more popular choice.

It also meant that Southampton fans, not for the first time this season, we’re faced with a hellishly long and early trip to Wearside, and those that came deserve full credit.

As for Sunderland fans, if they choose not to go to the game and watch it on TV instead, can they then complain about not going to Wembley? Perhaps not, but it doesn’t make those who did go a *better* supporter, which is a completely ridiculous notion that many seem to believe.

Adult tickets were ‘only’ £15, which isn’t much by football’s standards. Yet it was £15 for what was, remarkably, Sunderland’s 8th home game of 2014 (4 of which have been in a cup), and we’re only halfway through February. This just after Christmas, in one if the regions hit hardest by the country’s economic problems.

For as long as ticket prices continue to rise, and TV companies dictate kick off times, then attendances for games like this will continue to be poor.

The Football Supporters Federation’s ‘Twenty’s Plenty‘ campaign (for away tickets) has gained some traction and deservedly so, but there’s still a long way to go on the pricing front. As for Sky/BT/whoever, I think televised football is great (Sundays would be unbearable without it), but they could show far more common sense and consideration for supporters when choosing games. Sadly that’s very wishful thinking.

As for Sunderland fans, we are all exactly that: fans. We all want the club to do well, and to be able to be there for such moments. Just because you were there for a third-round replay on a cold Wednesday night, or have the badge tattooed on your leg, doesn’t make you anymore entitled to the joy or despair being a supporter brings.

I sympathise with any fan who can’t make it to Wembley, because it’s a chance to be a part of the club’s history; surely all fans deserve that, regardless of how long you’ve supported the club or how much you’ve spent or anything else.

Grow the fuck up and realise the side is IN A CUP FINAL, and whether you’re at Wembley, in a pub or watching at home, get behind the team.