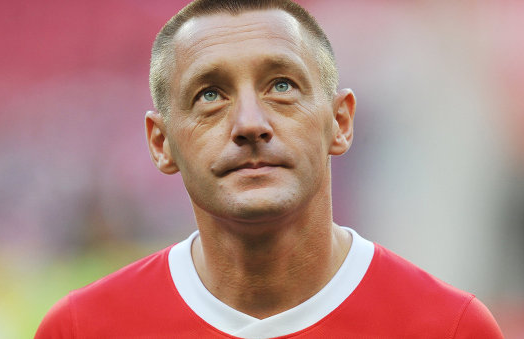 It is well known that there are two poles, and the world revolves around them.  That both are a four hour fast train ride apart would surprise most unfamiliar with Russia.  The accepted truth in Russia is that nothing happens outside of St. Petes and Moscow.  Both cities have much to recommend them, despite the pollution weather and being built on bogs, yet Dublin neither are.  The football authorities have tried, since the election of new President Tolstykh, to reach out to the regions, though in some circumstances it is downright insane.

Two years ago the promotional tool that was FC Zhemchuzhina Sochi flopped out of business in the middle of the league campaign.  Having enjoyed decent crowds in their promotion through the Second Division, they found “The Graveyard” impossible to handle.  Of all the clubs who have played in the First Division (now branded the FNL – Football National League) very few have survived once they escaped up to the Premier and many have died once dropping back to the third tier.  Sochi has always been, and remains, an overpriced Black Sea resort, with decent skiing nearby and an active set of warzones next door.  Next year it will host the Winter Olympics and a Formula 1 Grand Prix, the only thing it was lacking was a professional football team that had potential.  Home grown clubs were not very successful, so the FA, with the Kremlin and regional government, decided to do what Russians with money do best, go shopping.

A list of candidate clubs were drawn up and a pet project was hugely funded with the secret purpose of getting it promoted to the FNL and moving the club to Sochi.  So they chose a place in the Moscow region, a growing, blossoming area with a real need for a strong sports team to get behind.  A town that was able to rally behind a side and encourage hordes of youngsters to forge an identity with the club.  The place chosen by Doctor Frankenstein was Shchyolkovo, a commuter town less than an hour from the centre of Moscow city and one which had seen pro teams fail due to lack of investment and forward planning.  A town with a McDonald’s, improving infrastructure and a young population.  Regionally it would be regarded as a good place to do business and it has traditionally been the centre of a technological hub to the east of the city.  In short, it had everything for the local government, business and football authorities to slobber over.

Spartak legend Andrei Tikhonov was brought in to be head coach and he oversaw a budget that would make Airtircity League sides go weak at the knees with the sole purpose of winning promotion.  The senior team was reformed and entered directly into the Third Division (Moscow) and some of their matches even went out live on national tv.  It was an amazing turnaround for a club that just over two years ago I found in a desperate state and looking for direction.  I looked through their list of debts, advised them to come to a deal with those battering down the door, and to start building from the ground up.  “Go local” I told them, and they listened.  They changed their focus from trying to compete with limited funds and got very involved in youth development.  Just before the “Sparta Shchyolkovo Project” (as it was named) was announced, I met again with the Director of Football.  He told me that he was going to leave as the club were trying to force him and his volunteer staff out.  They had refused funds for an outreach program, for a “Football in Schools” operation and far worse was going on that remain embarrassing to repeat.

So Tikhonov took over, brought in players on substantial contracts, despite the Third Division being amateur, and this weekend they won promotion to the Second Division and legal professionalism.  And then it was formally announced, that Sparta Shchyolkovo’s professional team were moving to Sochi.  I had told this to my business partner earlier this year when a client of ours enquired about having a chance of a trial with them (he’d turned it down before) and while I couldn’t say up front that they were moving once promoted, I dampened it down.  There has been a furious reaction from locals who feel duped.  Businesses who had backed the club and saw a stable building period in the Second Division allow young players come through and provide an impetus for the growing town to take a place in the FNL by 2017-18.  All part of a general town plan to encourage a World Cup qualifier base themselves in the town in 2018.  It was all for nothing.

That the Russian FA have sanctioned the move (which entails taking a place in a different Division Two section) shows how desperate they and the Kremlin are to have a professional club in Sochi, despite a history of failures and complete waste of resources.  Just to point out, this isn’t moving a club, or relocation to a new stadium, this is moving the licence to a different city and parachuting it into a zone (South) where the club have no history, no fans and, at present, no sensible marketing plan.  The team will be funded from the Kremlin, Olympic Committee and Regional government, meaning that it will be up in the FNL in 2014-15 before going bang, probably after the World Cup.

The financial state of Russian football in the top league is perilous, despite what’s seen with the top four our five clubs.  Almost relegated Alania Vladikavkaz’s Gazzaev announced that he is proud of his players for continuing to turn out, despite going months without salary.  FC Mordovia are all but relegated and will be far happier in the FNL, especially with the central investment in the club thanks to an ex-French actor.  Amkar Perm will survive another year, just about, while Volga Nizhny Novgorod are looking to the local government for a help in the summer.  In the FNL, it is far, far worse.  Less than half the clubs are actually solvent, while the hopes of keeping FC Tom Tomsk alive rest solely on promotion to the Premier.  Meanwhile FC Ural Ekaterinaburg have won promotion and will have a good chance to be competitive thanks to very decisive local leaders who are strongly building for hosting 2018 matches.

So the show goes on, Sochi, the vanity project to beat all vanity projects, gets a professional football team, again, and a hotbed of football gets ripped off.  The fantasy of turning Sochi into a Russian Monte Carlo (with professional sports teams booming) continues apace.  The massive corruption in infrastructural development in the host city for the Winter Olympics has been well exposed and the costs for the sites will surpass anything in Olympic history.  Locals have had their homes bulldozed and many are living in garages while waiting for their new apartments to be handed over.  In context the people of Shchyolkovo are lucky that they’re surrounded by fertile green fields, or they too could be housing their families in garages while World Class facilities spring up all around them.  Losing a senior football team isn’t quite as bad as losing your home.

One thought on “Stranger than fantasy – football in Russia goes mental”