In May 2015 the organisers of a 2005 Champions League final ten-year anniversary event went in search of the players that were a part of Liverpool’s victory in Istanbul.

Some, like goalscorers Steven Gerrard and Xabi Alonso, were still active and quite easily found.

Others, like Dietmar Hamann and Jamie Carragher, have kept a profile in the public eye with their media work and thus proved easily accessible.

And I’m sure just a few phone calls would catch hold of guys like Luis Garcia, John Arne Riise and even Vladimir Smicer, the third goalscorer in that game. 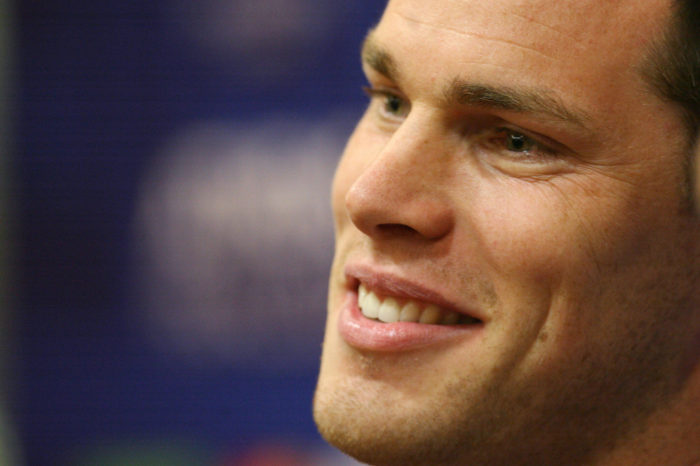 But there was no sign of the right back that day, Steve Finnan. #FindSteveFinnan was created as Twitter users frantically joked and speculated on his whereabouts.

The hashtag and reports were initially quite unnerving. It triggered thoughts of a post-career downfall for Finnan. Maybe he had succumbed to the booze, unable to deal with a life post-football. Perhaps he had hit financial difficulties. Or maybe he returned to The Gambia, where he reportedly spent charitable time after retiring, to live life in a local village.

There were fears that he was seriously in danger, for how could such a high-profile ex-player simply just disappear?

The reality, of course, much like Finnan’s playing-style, was perfectly unspectacular. He was living in London, opting for a life well outside the limelight, working in a property development firm with his brother Sean.

The Independent’s Daniel McDonnell spoke to Off The Ball at the time to put any fears to bed.

I did make some inquiries today and Steve Finnan’s in London, enjoying life out of the limelight and not seeking any form of post-football fame or media work or anything like that. I believe he’s pretty contented and happy about that.

And who is anyone to judge?

The after-dinner speaking scene wasn’t for him, a road many past Liverpool players choose to go down. He didn’t want to regale the same exaggerated stories that surrounded that night in Istanbul every Friday night.

He didn’t want to enter the world of clichéd, monotonous match analysis, the world that surprisingly entangled the likes of Paul Scholes and Damien Duff – players we thought shared Finnan’s unperturbed character which cared not for pasting his mug all over our TVs.

Finnan lived a really fascinating career, which kind of makes the above shed of attention a little bit disappointing.

He played in the Republic of Ireland’s successful 2002 World Cup run. He was part of the squad that witnessed the Saipan incident. He won the Champions League with Liverpool in one of the greatest, most memorable games of football in history. He even claims that his 46th minute injury, which brought Didi Hamann into the fray, was why Liverpool won the game.

He played in every league in English football, from the Conference with Welling United right up to the Premier League, which he enjoyed with Fulham, Liverpool and finally Portsmouth.

As the old brainteaser goes – who is the only player to play in each professional English league, the UEFA Cup, the Champions League and the World Cup? That’s Steve Finnan. Even throw in La Liga, where he spent a brief spell with Espanyol.

Above his hugely impressive resume, the Limerick-born full back was a genuinely brilliant defender. He was Seamus Coleman before anyone had heard of Seamus Coleman. A consistent, calm figure at the back that encompassed the basic art of good defending that is so rare to find in full backs these days.

The fact that he only played 53 times for his country is perhaps a disservice to him – Coleman has 42 caps –  retiring at 50 appearances but coming back to play three more times under Giovanni Trapattoni.

I’m sure many Liverpool fans would say they haven’t had a full back as good as him since his departure back in 2008.

The club have had a revolving door of inadequate full backs throughout the years – particular on the left hand side – and even right-sided mainstays such as Glen Johnson and Nathaniel Clyne all lack the defensive steadiness that Finnan encapsulated. 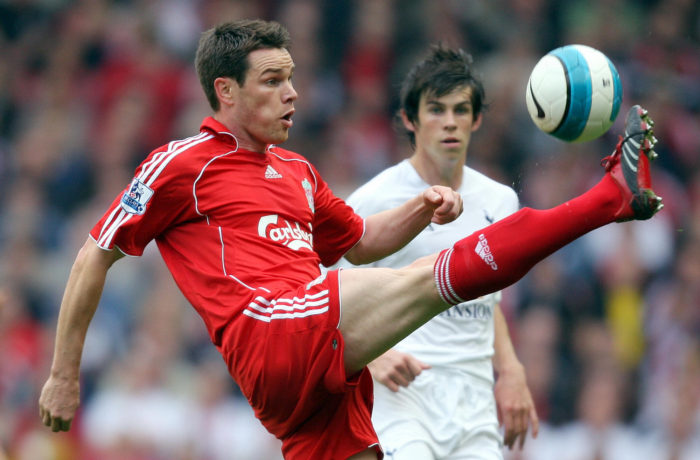 Many football anoraks would be able to reel off the team that brought FA Cup success to Portsmouth back in 2008, but not many would remember they nearly did it again in 2010 against Chelsea with Steve Finnan at right back.

Against a side that included Didier Drogba, Michael Ballack, Nicolas Anelka and Frank Lampard, Pompey battled but lost 1-0 to a Drogba second half free-kick.

In addition to his European Cup, Finnan has First, Second and Third Division winners’ medals – the latter with Notts County way back in 1998.

He was successful in the FA Cup, winning it in 2006 with Liverpool, as part of a back four Jurgen Klopp would envy today in Riise, Carragher and Sami Hyypia.

Along with his steady defensive performances he was tremendously consistent from year to year. From his first year in Fulham to his last at Liverpool he posted no less than 27 appearances in a season, topping over 50 games in six separate seasons. A couple of times he played in every single league game.

He played over 600 times for both clubs and country and even with a Champions League medal from 2005 has an honours list some would be surprised he achieved.

Just like in his playing days, Finnan is going about his business in the unheralded manner his entire career was built on. By no means extravagant but always dependable.

There had been no post-retirement downfall – and certainly no tribes in The Gambia. Steve Finnan may not have published an autobiography but that’s just fine.

He’s lived an extraordinary career and published a biography of amazing triumphs. Steve Finnan’s stories may not be heralded but neither was Steve Finnan.

He’s been everywhere, won nearly everything, and right now he’s happy being nowhere.