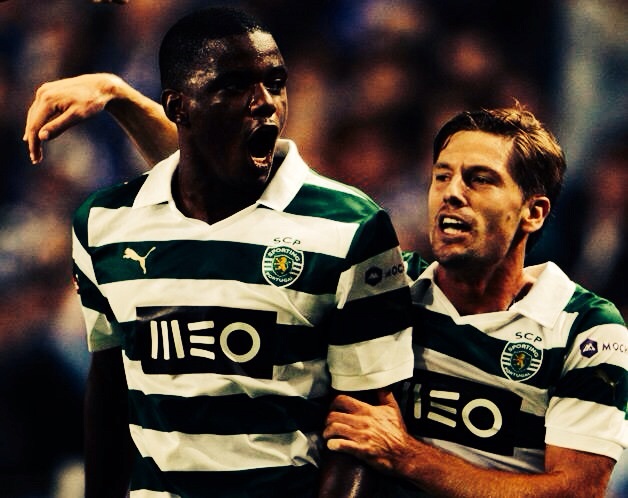 Paulo Fonseca wore the face of a distraught man in his post match press conference, after a damaging 1-0 defeat at Academica. With just one win in six matches, Porto’s manager is starting to feel the pressure and demands of managing one of the Primeira Liga’s giants. Porto’s poor form may be a worrying trend for those entrenched in the club, but for neutrals, the title race potentially could match the excitement and drama of last season’s title race. The only difference being, unlike last season’s duel between Porto and Benfica, there is now a third contender. Sporting.

Porto’s hegemony in Portuguese football has delivered nine league titles, five Taça de Portugal’s, a Europa League and a Champions League triumph in eleven years. Their dominance is under threat though, as the other two members of ‘Os Três Grandes’ are striking back. Fonseca, who led Paços de Ferreira to third in the table last season, has found similarly to his predecessor Vítor Pereira, that the shadow of André Villas-Boas still looms large at the Estádio do Dragão. Despite winning successive championships, Pereira failed to win over the fans and the board. Fonseca looks to be in a similar position.

Sporting had a desperate campaign last year, finishing in seventh position in the league, the worst finish in their 107 year history. The damage was essentially done in the early months of the season, the ‘Leões’ winning only two of their first twelve league matches. After twenty games Sporting were languishing in eleventh place, thirty points behind the joint league leaders Porto and Benfica. Between the summer of 2011 and March 2013, Sporting signed 26 players and discarded five coaches. Ricardo Sá Pinto was sacked in October, while his replacement Franky Vercauteren lasted five months.

The bright shoots of hope were planted by the willy Jesualdo Ferreira, who decided to return to the philosophy of bringing through young players into the first team. The famed Sporting academy, which produced Luís Figo, Cristiano Ronaldo and João Moutinho, had been ignored by a succession of Sporting coaches. A 1-0 defeat at Marítimo sparked the decision, and teenagers Bruma, Tiago Ilori and Eric Dier were thrown in the starting eleven against Gil Vicente. Bruma and Ilori scored in a 3-2 win and Sporting gradually improved, leaving a season of ignominy with some promise for the future.

In May, Ferreira’s contract was not renewed and their wonderkid Bruma was sold to Galatasaray. Former Braga and Olympiakos coach Leonardo Jardim was appointed, and the 39 year-old has sought to continue the good work of Ferreira. Academy products Wilson Eduardo, André Martins and Wilson Eduardo have become integral cogs in the side, while Englishman Eric Dier continues to impress. William Carvalho has also been a revelation in midfield, winning his first Portuguese international cap during the second leg of the World Cup play-off with Sweden. Jardim’s shrewdest decision has been the signing of the Colombian striker Fredy Montero on loan from Seattle Sounders. His signing has been a masterstroke. The 26 year-old has 14 goals in 11 games, including a hat-trick on his debut against Arouca and the opener in the 1-1 draw with Lisbon rivals Benfica. Sporting lead the championship with 26 points. They have scored 28 goals and conceded only 8. Their only league defeat was a 3-1 loss away to Porto and they have since responded with three wins. The acrimonious nature of last season has been followed with the youthful enthusiasm of this season.

Least we forget Benfica. Three defeats in two weeks in May spoilt an otherwise historic campaign for ‘the eagles’, as they went 28 league games unbeaten and reached a cup and Europa League final. The last gasp defeats to Porto and Chelsea, coupled with the Taça final defeat to Vitória presumably made for a long summer of reflection for those associated with the Lisbon giants. Defeat at Marítimo would not have improved their mood, but Jorge Jesus’ men have responded domestically, winning seven and drawing two. The precociously talented Lazar Markovic has settled in well, while Nemanja Matić has developed into a towering midfield presence. While the football may not be as thrilling, there is a grit and determination coursing through the side. It seems that the Lisbon side, similarly to Bayern Munich’s response last year to their heartbreaking 2012 season, are driven by a desire to make things right. The victory over Gil Vicente, where they overturned a one goal deficit with two injury time goals, was the primary example of that.

Benfica trail Sporting on goal difference only, while Porto are two points behind. The early indications suggest that all three sides will be battling for domestic honours all the way until May. Porto and Benfica could potentially drop into the Europa League, as they both look likely to finish third in their Champions League groups. Thursday and Sunday football will have to be successfully managed by both. This could be where Sporting may have an advantage. Without the distraction of Europe, Jardim’s side can focus solely on the title race. It is clear that the revitalised Lisbon giants have Portugal’s top two in their sights. Or possibly, in their rear view mirror.