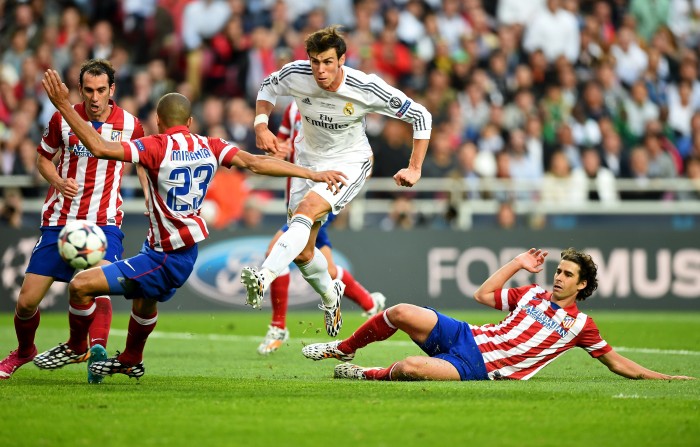 The outcome of the Spanish Super Cup is often irrelevant and shows no indication on what may happen in the season to follow. Last season, Barcelona defeated Atletico Madrid on away goals but the Catalan’s lost out on the title to the same adversary on the final day of the campaign.

As new signings are settling in and fitness isn’t quite up to scratch along with tactics still being adjusted, this two-legged affair is often just an opportunity to play at a higher level than pre-season but not have the pressure of the league – obviously a win would be the aim but a loss shouldn’t be too hard to take.

After Diego Simeone’s historic La Liga triumph they weren’t able to get the double, losing to Real Madrid in extra time. Both Madrid sides will get the chance to get one over their local rivals as they meet again. It should display a brief look at what’s differed from the previous time they met, Los Colchoneros have lost several key figures but have seemingly replaced well while at the Santiago Bernabeu they’ve only improved.

Based on their European Super Cup, Carlo Ancelotti will use a free-flowing 4-3-3 with the three attackers behind Karim Benzema switching positions, they can all operate in the wide areas or central; it left the Sevilla defence uneasy and unsure about which player they were dealing with.

The back four will line up the same with the possibility for Raphael Varane getting more time on the field – Ronaldo often drifts inside when positioned on the wing so it’ll be up to the full-back to provide the width. The stabiliser in the formation is Toni Kroos, who will be expected to keep the ball and control the match from a deeper area, but may need to break up play more than he did in Germany as Los Blancos have no real defensive midfielder who can win the ball, they just have a large array for playmakers.

At times without Angel Di Maria, Real Madrid could find it difficult to penetrate their opposition, with the central midfield being too horizontal in their play and the likes of Xabi Alonso, Luka Modric and Kroos lacking the drive needed in order to break down a resistant defence. Only when Ancelotti’s team are able to counter-attack can they find space to be dangerous, with the electric pace of Ronaldo and Bale on respective sides.

In contrast, at the Vicente Calderon there has been a few nuanced changes but in essence it will still be a modified 4-4-2, with Antoine Griezmann playing off Mario Mandzukic, forming a brand new partnership. This could go one of two ways, the Croatian is less mobile than former striker Diego Costa but he can finish and the Frenchman will replace David Villa who is more of a out-and-out striker than the 23-year-old who is more creative.

The defence will be unchanged barring the selection quandary over Cristian Ansaldi and Guilherme Siqueira at left-back, overall I believe they have improved in the long-term.

It’s always been the way with Simeone’s side that they’ll focus for the whole game, working hard as a team – new signings will have to adapt to that and it’s unknown if they will be ready for the high tempo needed against stronger opposition.

All of the players fielded will want to win, especially with both sets of supporters wanting the pride of Madrid, but they won’t be able to perform at the high level we saw last May in Portugal. Both sides are strong on the counter but Real are looking to keep possession in recent times. If history repeats its trend, whoever wins now, may not be laughing come the end of the season.

Spanish, Dutch and English leagues, focusing on the analytical side of things.