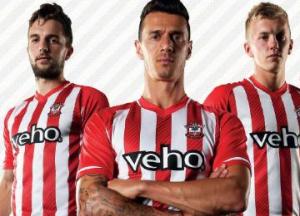 Southampton recently beat Newcastle 4-0 in what is to going to be their third season in the Premier League after Nigel Adkins took them to Saints back to the Premier League with back to back promotions. Adkins was sacked in the first season but since then, Southampton have managed to not drop straight back down to the Championship and have done so by impressing fans and pundits alike.

So, just how have Southampton managed to do so? Well, to explain let’s look at what Championship sides do wrong when the get promoted to the Premier League. Queen’s Park Rangers have been in the Premier League and then got relegated the following season. What went wrong there? Well, it’s no secret that at the time, QPR were lucky to have escaped relegation in their first season back in the Premier League anyway as their loss to Manchester City on the final day of the season didn’t matter.

At the end of the 2012/13 season however, it was a different story. QPR simply had tried to buy their way out of their troubles, spending money plenty of players. This resulted in a lack of integration. With too many players brought in at the same time the team struggled to gel and having a cohesive team is essential in the top leagues.

So QPR have taught us that needing a cohesive side is a must and that squad integration makes a cohesive team. Southampton have stayed loyal to their players that helped them get to where they are. Players like Rickie Lambert, Adam Lallana, Jay Rodriguez and Jose Fonte had stayed at the forefront and in the first team during the first two seasons. So when Southampton made new signings, they kept their identity by sticking to the group of players that made them successful and then slowly introduced the new players to the side, helping them become part of that identity too. This squad integration helped make the team cohesive and more like a team instead of 11 individuals running around the pitch.

In the 2010/11 season, Birmingham City won the Carling Cup beating Arsenal in dramatic fashion. They got relegated that season. Birmingham City had a very thin squad and the physical demands of managing a good cup run and trying to stay up in the Premier League proved too much, with a string of negative results proving to be the end of Birmingham. Squad depth is a need for any team. Injuries, fatigue and suspensions can occur at any time during the season. Teams do not want infortunes to death of them. Not only do newly promoted teams need squad depth, they need good players to fill in for the first team too.

Southampton have a great academy and that is no secret, producing the likes of Walcott, Bale and Oxlade-Chamberlain, as well as current Liverpool player, Adam Lallana. Their eye for talented young players is outstanding too, with recent purchases Victor Wanyama and Nathaniel Clyne proving my point. A great youth system and a good eye for young players improves squad depth, as an experienced first team player can be replaced with young, energetic wonder kids full of talent. James Ward-Prowse has impressed and Jack Cork has been solid in midfield.

The reason newly promoted teams fail to have squad depth is because it would be very expensive to do so, but Southampton have made money from selling some of their big players, but also, by having a great scouting team. Maya Yoshida, Fonte, Dusan Tadic and Toby Alberweireld are all good players bought at relatively cheap prices. The scouting team have managed to be resourceful, finding the best players with a limited amount of money.

And finally, to look at something good a newly promoted team has done. Stoke City have kept the type of football that they played when Tony Pulis was at the club, which was physical and route one. They took a lot of criticism, but they stuck to the system, including the infamous Rory Delap long throws, and look at where it has left them. They are now an established Premier League team.

Southampton have also retained the same style of football. Aesthetically pleasing and possession based with quick pressing off the ball, the Saints have not been afraid to do stick to this style of play even when playing against the big teams. They have had victories against Chelsea and Manchester City, playing the style of football that they have always been trying to play. During their first season they could have gone for a more defensive approach after losing their opening games 3-2 to both Manchester clubs, but they stuck to their guns and ended up finishing 14th. They have improved on that, finishing 8th last season.

Many teams come to the Premier League and try to switch up their style of play in order to stand a chance, but it hardly works. Leicester are a newly promoted team this season, but have played the same type of fast-paced, counter-attacking football and after four games are sitting in 11th (as of 14/09/2014). Various pundits have said that Leicester will surprise a lot of teams and are even being tipped to stay up!

So in short, Southampton have managed to become an established Premier League side by staying loyal to the group of players that brought them to the Premier League, resulting in superior squad integration and team identity. Southampton have played the same type of football they always have, and have utilised their excellent youth system and have been resourceful to stay in the Premier League. Hopefully this successful blueprint will recognised by other newly promoted sides and will follow it too.

4 thoughts on “The Southampton blueprint and its success”