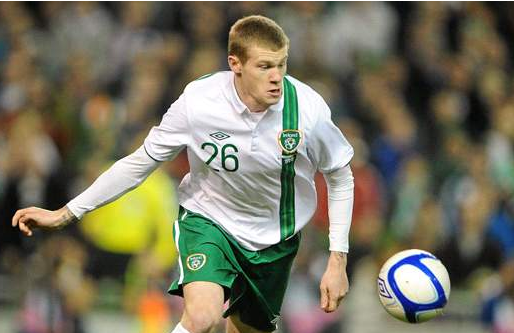 Ever since the matter of Irish player eligibility attained “hot potato” status in the media, a common misconception relating the coming into force of the Good Friday Agreement (GFA) in 1999 with the eligibility of Irish nationals born in Northern Ireland to represent the Football Association of Ireland (FAI), along with the increasing prevalence of these Irish nationals featuring in FAI squads, has endured with surprising and unyielding stubbornness.

Whilst it is accurate to say that the vast majority of Irish nationals born north of the border who have represented the FAI at various levels have done so in the years since the passing of the GFA, it is to entirely misunderstand the nature of player eligibility and the rules that govern it to attribute any substantive or legal relevance to the GFA itself.

“So, why does the appearance of northern-born players in FAI teams appear to be a post-GFA phenomenon?”, I hear you ask. It is a valid question, but let me direct you towards the likes of Ger Crossley and Mark McKeever.

Crossley and McKeever are Belfast and Derry-born respectively, but both represented the FAI at under-age level before the GFA ever came to pass. Indeed, an entitlement from birth to Irish nationality has applied on an island-wide basis not merely since 1999, but, rather, since the passing of sections 6 and 7 of the Irish Nationality and Citizenship Act in 1956. In essence, what the GFA did was, amongst other things, settle a dispute between the UK and the Irish state whereby the extra-territorial application of the latter’s nationality law over part of the jurisdiction of the former on a ‘jus soli’ basis – then perceived to be irredentist in nature – would no longer linger as a diplomatic bone of contention between the two states and, by extension, the two main communities within Northern Ireland.

As far back as the mid-1940s, FIFA’s general principle of eligibility – then article 21, al. 2, of the Regulations of the FIFA – read:

The players (NB. of International Matches) must be selected by the National Associations concerned and be subjects of the country they represent.

Between then and now, the principle, excluding amendments in terminology and minor tweaks to tighten its application, has remained largely the same in effect in that citizenship, rather than any territorial connection to a particular association’s jurisdiction by birth, ancestry or residence, confers eligibility to play for an association team. Of course, in accordance with FIFA rules, possession of Irish citizenship is the prerequisite to representing the FAI whilst possession of British citizenship is the prerequisite to representing the IFA. Nowadays, the general principle of eligibility – article 5 of FIFA’s Regulations Governing the Application of the Statutes – states:

Any person holding a permanent nationality that is not dependent on residence in a certain country is eligible to play for the representative teams of the Association of that country.

The Committee considered this association’s statement that almost any player can obtain a Republic of Ireland passport in order to secure eligibility to play for this country. The Committee discussed this very serious matter at length and had to come to the unfortunate conclusion that FIFA cannot interfere with the decisions taken by any country in the question of granting passports. The only way that the national associations could prevent their nationals from being systematically granted passports by another country to enable them to play for its national teams would be to field them in an official match for one of their national representative teams, which would bind them to this particular association.

Considering political tensions within Northern Ireland would have been more pronounced in decades past, it is reasonable to wonder as to why the phenomenon of northern-born Irish nationals declaring for the FAI has been a relatively recent one. Given their eligibility to do so, one might expect that players from nationalist backgrounds would have jumped at the opportunity to play for the FAI during the height of the Troubles, but such was not the case.

A number of theories have been offered to explain the phenomenon’s recent nature. The presumed legal impact of the GFA upon player eligibility is, of course, one of those theories, albeit mistaken. The supposed existence of a 1950 gentlemen’s agreement between the FAI and IFA, purportedly confining both associations to selecting only players from within their respective territories and broken only within latter years by a change in the FAI’s selection policy, is another. That theory is also erroneous in its entirety; no such agreement ever existed, as was confirmed by the Court of Arbitration for Sport at paragraph 56 in the case CAS 2010/A/2071 IFA v/ FAI, Kearns & FIFA.

The comparative quality between the two teams has also been raised as a possible factor that players presumed to have been aware of their options might have brought under consideration. Historically, representing the IFA might have been viewed in higher esteem within the football fraternity. By the time the Republic of Ireland reached their first major finals, Euro ‘88, Northern Ireland had already participated in three World Cup finals and, until 1984, regularly competed in the celebrated British Home Championships. It is fair to acknowledge that Northern Ireland were broadly viewed as the better of the two sides. Consequently, if a player was given the choice between playing for the two associations, opting to play for the IFA might have appeared the more attractive prospect on offer.

Whilst such a theory seems plausible on the surface, it is limited, however, in that, if players from the nationalist community were indeed guided merely by careerism or pragmatism over the expression of their national identity, it fails to account for the lack of northern-born Irish nationals declaring for the FAI in the more immediate aftermath of the significant shift in fortunes that occurred between the two associations since 1986 whereby the Republic of Ireland became the dominant of the two in terms of respective ranking and qualification record for major finals. It was only by the late 1990s that northern-born players eligible to declare for the FAI began doing so.

Perhaps, then, northern-born players were unaware of the option to declare for the FAI that was always open to them? Is it possible that even the FAI, who were more-or-less run by volunteers up until the mid-1980s, might not have been fully aware of the effect of the rules governing player eligibility in terms of the rights accorded to them as an association? One can only speculate. Indeed, upon being questioned in relation to Derry-born James McClean’s recent decision to make a switch of international association from the IFA to the FAI, Martin O’Neill, a former Northern Ireland international from a nationalist background and McClean’s manager at Sunderland, indicated that he believed he did not have the option of declaring for the FAI during his playing days:

It’s very much a personal choice and I’m not in a position to persuade anyone. Michael [O’Neill (current Northern Ireland manager)] did ring me and ask me to chat with James. But James had made his mind up and that was the end of it. Players have to make that choice themselves. That choice was not available during my time as a player, so it didn’t affect me.

Although the GFA changed nothing of legal substance as far as eligibility to play for FIFA associations was concerned, it is certainly possible that the spirit of greater recognition for communal identity that prevailed during the peace process alerted the nationalist psyche to certain rights it might previously have overlooked or failed to consider. Perhaps the GFA’s express acknowledgment and legitimisation of the birthright to Irish nationality for those born north of the border engendered a more confident and emboldened nationalist identity; one that was more sure of expressing itself as non-British or as exclusively Irish and one that was more at ease with exercising its rights.

Whilst some of the above suppositions, some more valid than others, may contribute to an explanation of developments, I am, however, of the opinion that the primary reason behind the increase in the number of northern-born players declaring for the FAI nowadays has, in fact, been FIFA’s introduction in 2004 of an allowance for players previously tied to an association by a cap other than a senior one but in possession of more than one nationality to switch between associations for whom they were eligible once before the age of 21. This enabled Derry-born Ruairí Harkin, for example, to switch from the IFA to the FAI at the age of 16 in 2006. Harkin had previously represented the IFA at under-17 level and would otherwise have been tied to them for good were it not for the 2004 amendment to the rules. When the IFA inexplicably made an issue of the eligibility of another Derry-born player, Darron Gibson, to represent the FAI – they were, after all, already made fully aware by FIFA of the general eligibility principle as far back as at least 1994 – it merely served to highlight further to the public the option open to northern-born Irish nationals whilst simultaneously making the association appear hostile to expressions of nationalist identity, thus further alienating the nationalist community. Of course, the age-cap of 21 was lifted altogether in 2009 and, interestingly, that enabled Alex Bruce to declare his intention to switch from the FAI to the IFA at the age of 26. This right to switch association once is now to be found in article 8 of FIFA’s Regulations Governing the Application of the Statutes.

Effectively, the introduction of this right to switch once meant that players who would have grown up within Northern Ireland and the IFA’s system or hierarchy and who had been playing for their teams by geopolitical circumstance and might otherwise have become tied from a young age were now able to switch to their preferred association, the FAI, upon maturing. When Martin O’Neill spoke of not having the choice to play for the FAI in the aforementioned quote, it is evident that he was either unaware of the fact he was always eligible to play for the FAI and could have declared for them originally before ever representing and becoming tied to the IFA or he was referring to the absence from FIFA’s regulations of the post-2004 option to switch association once.

It is also worth highlighting that article 8 applies universally, contrary to frequent suggestions by disgruntled Northern Ireland fans and misguided parties within the media that the FAI are the beneficiaries of some FIFA loophole or special exemption. Indeed, the FAI could be said to benefit or suffer from the rule in the exact same way any other association might. Indeed, the FAI have lost players who participated in their youth sides such as Shane Lowry, Michael Keane and Johnny Gorman to other associations. Gorman was one player who switched to the IFA and, as it happened, was the only player on the pitch when Northern Ireland and the Republic of Ireland met during the Carling Nations Cup in May of 2011 that had actually switched between the two associations. Sure enough, the irony of his presence in the IFA’s team appeared to have been lost on the many Northern Ireland fans who continued to protest with unrelenting vigour against players switching in the opposite direction.

2 thoughts on “So, what did prompt northerners’ declarations for FAI?”