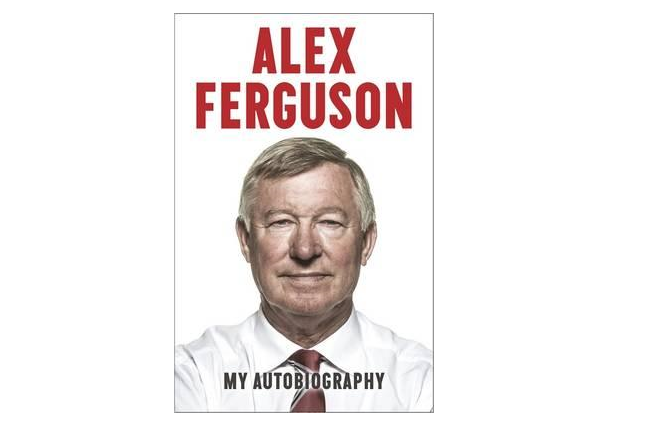 So it has finally arrived, the highly anticipated autobiography of the great Sir Alex Ferguson. I have said in one of my previous articles that Sir Alex is probably the most successful and influential manager in sporting history. He is up there with Vince Lombardi and Phil Jackson as a true sporting great. There is no doubting his greatness and there is no denying what he has achieved and how he achieved it. Revamping team after team, adjusting to change all the time, he did all this while winning.

Now before any Manchester United fans or anyone for that matter, get confused with the rest of this article, I will say now, this is not who is better between Gerrard and Scholes. This is about the contradiction and lunacy of Sir Alex Ferguson. In his new book, where his slates pretty much everyone, he says this “I am one of the few who felt Gerrard was not a top player”. I don’t think you are one of a few Sir Alex, I reckon you’re the only person on the planet who thinks this. Now, I know I may be a tad bit bias being a Liverpool fan, but to say that Gerrard is not a top player is just mental. Back in 2009, Zidane, three-time FIFA World player of the year, said this about Gerrard:

Is he the best in the world? He might not get the attention of [Lionel] Messi and Ronaldo but, yes, I think he just might be.

Zidane didn’t stop there either:

He has great passing ability, can tackle and scores goals, but most importantly he gives the players around him confidence and belief. You can’t learn that – players like him are just born with that presence.

So, one of the best players of all time tends to disagree with you Sir Alex. Look, I have my criticisms of Gerrard. I think he plays the diagonal ball way too much and gives away possession from it. I think defensively he can lack concentration and in his early days he ran around way too much and looked headless. But to say he isn’t a top class player is just absurd.

I don’t want to list all of the good things said about Gerrard throughout his career. I don’t need to list his achievements. If you know football and know a good player, no matter who you support, you will know how good Gerard was. I will admit that he isn’t the player he once was. He has slowed down, lost his power, his mobility and influence over a game. He is still however, a very good player. I’m sure David Moyes would rather him than Fellaini right now. Anyway, back to the point and that is Sir Alex making such a ridiculous statement. And it wasn’t the only one he made about the England captain. While he said that Gerrard wasn’t a top player he also said:

Gerrard had the ability to beat teams single-handedly.

Now forgive me, but a player who can beat a team single-handedly is a top player. If he has that ability and skill then he must be considered a top player.

I asked a Manchester United fan did they agree with what Ferguson said. They said they did agree and Gerrard wasn’t a top player. The reply was “he isn’t like top player like Ronaldo or Messi”. Well those two players are freaks of nature, probably two of the best five players EVER. No one comes near them. But because Gerrard is not at their level doesn’t say he isn’t a top player does it. The next reply I got was “well he wasn’t as good as Scholes”. This fan was missing the point.  As I said earlier, this isn’t a ‘who is better’ argument. There is no doubting Scholes had immense ability and talent. But like Gerrard, Scholes wasn’t near the level of Messi and Ronaldo. So does that too make him not a top player?

He was the only midfielder who could hurt United with bursts forward through the heart of his team’s defence.

Does it sound like Sir Alex is contradicting himself here a bit?

So, he didn’t think Gerrard was a top player yet wanted to sign him and said he had the ability to beat teams single-handedly and was the only player that could hurt United’s defense.  In 2004, Ferguson told The Sunday Times:

If you were looking for the player you would replace Keane with, it’s Gerrard, without question. He has become the most influential player in England, bar none. He’s got that unbelievable engine, desire, determination. Anyone would take Gerrard.

Hold on a minute, so anyone would take him yet he isn’t top class. So why would anyone take him then?

He also suggests Gerrard only had more success at international level than Michael Carrick because of ‘bravado’, with the United man suffering because of a quiet personality. Well it’s a man’s world Sir Alex and ability is just one of the factors that make you a TOP international player. Gerrard’s ability, his influence as a person and his aura are just a few of the reasons why he is both England and Liverpool captain. In June 2012 Gary Neville, Mr. Kiss the badge, Mr. United, said this about the Liverpool captain in the England team:

He is the leader. He’s an outstanding footballer. I’ve said that for 10-12 years. He’s a complete footballer.

That’s why he had more success than Carrick at international level.

The only two reasons I can think Ferguson made these comments was 1: to try anger or annoy the Liverpool fans. A 71-year-old retired man, writing comments to annoy certain people. Surely he is more mature than that. Or 2: to just use these prosperous comments to sell a book. If the latter is the case then my view has changed on the great man. I’m not saying these are the definite reasons but they are the only ones I can think of. So United fans, can you please explain your former gaffer’s contradictory comments? In one breath he says he is one of the few who didn’t see Gerrard as a top player yet, he wanted to sign him and said he was the most influential player in England.

To point out again, this isn’t a comparison between Scholes and Gerrard and who is better. That’s a separate debate. And we all know that over the last few years no one has come near the level of Ronaldo or Messi. This is about Sir Alex stating that Steven Gerrard isn’t a top player. And do you agree with him. As a football fan, not a Liverpool fan, I disagree with Sir Alex. But that’s just me. The world is full of opinions. I would like to hear yours.

9 thoughts on “Sir Alex Ferguson’s book – did he just say that?”