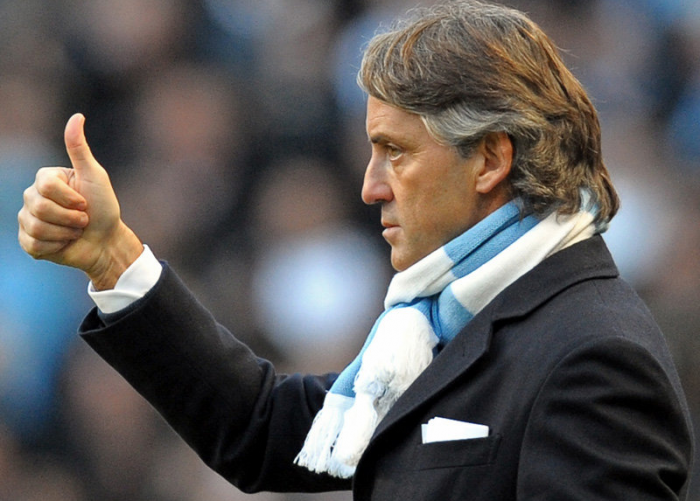 Samuel Luckhurst gives his thoughts on what was another hectic transfer window.

In light of Samir Nasri’s arrival at the Etihad Stadium, several websites conducted a poll as to whether he was the last piece of the jigsaw at Manchester City. To save the debate, he isn’t, because City still look extremely fragile in defence. On the left-side Gaël Clichy is past his peak and Aleksandar Kolarov is more adept at attacking rather than the bread-and-butter of defending, and Roberto Mancini has failed to bring in an adequate partner for the imperious Vincent Kompany. Joleon Lescott has been culpable for a few goals already this season and has struggled to convince he possesses top-tier quality whilst Kolo Toure, like Clichy, represented terrific business for Arsenal two years ago given his own regression was then compounded by a ban for a positive drugs test. City have an embarrassment of riches further afield but like Real Madrid’s 2003/04 Galacticos (the Gorton Galacticos?) their defence is so vulnerable that it conspired to concede twice against a hopeless Bolton Wanderers during an otherwise easy win.

Quantity not quality for Sunderland

At least Steve Bruce won’t find himself faced with an epic injury crisis like he did last season. Eleven new additions have arrived at the Stadium of Light, but the gloom still hovers above Wearside after a winless start that has comprised a pitiful exit from the League Cup at Brighton and a derby day defeat at home to their unfancied and miserly North-East neighbours. Tenth place last season flattered what was a wretched second half of a campaign, and it may be worse this time around with excessive mediocrity, an anti-football captain and no striker half the goalscorer that Darren Bent was.

Daniel Sturridge must be in Andre Villas-Boas’ plans

Sturridge turned 22 on Thursday and has exceeded expectation in not being a Premier League regular. His fruitful spell on loan at Bolton aside, Sturridge has suffered the humiliation of being overlooked in favour of Chelsea supporters’ bête noire Salomon Kalou-less while Nicolas Anelka too continues to forge a career at Stamford Bridge despite his typically minimal contributions. And to rub salt into the gaping wound, highly-regarded Romelu Lukaku arrived to clutter the Chelsea strikers’ roster – that’s six if you count Kalou – with them all competing for once place potentially. And it pours on Danny, since the other Danny to emerge with credibility from England U21s’ dismal summer in Denmark – Welbeck – is arguably an inferior footballer yet up until his hamstring injury on Sunday had been instrumental for Manchester United, netting two goals. The shred of hope for Sturridge is that he could benefit from the erratic Florent Malouda’s form to link up with Juan Mata and Fernando Torres to establish a fresher and more youthful attack. Otherwise Chelsea retaining him for a substitute’s berth is as criminal as starting Kalou.

Experienced at Champions League and Premier League level Arteta may be, but seasoned Everton supporters, while rightly outraged at the demise their club is experiencing, may be grateful for the eight-figure sum. After he signed a five-year contract (sic) at Goodison Park last August, Arteta was as reliably poor as a Michael Bay film in the subsequent campaign for the Toffees and at 29 his £10m sale represents a 400 per cent profit. Arsenal required some experienced nous, and Yossi Benayoun, undervalued and underrated, alone would have sufficed. But although signing one playmaker may be justified, to sign two looks like carelessness, especially when Aaron Ramsey and Jack Wilshere are the successors to the departed Cesc Fábregas and Nasri, while Wenger snapped up Gervinho and still has Tomáš Rosický. Oh, and Andrey Arshavin. But hearteningly for Gooners, at least Wenger shed his Colonel Gadaffi-like tenacity to ‘spend some f*****g money’ on EIGHT players this summer. Something about that number…

Blackburn Rovers, with their ‘pour me’ (literally) coach Steve Kean, are as popular as the latest Madonna film at the moment. Their clucking mad owner’s resemblance to Barry White, that Venky’s chicken advert and their quarter-full stadium make them curiously unappealing to the Premier League and on that basis, they have been touted for relegation out of spite. Yet on deadline day, they retained the Godzilla-like Christopher Samba, recruited the impressive Scott Dann from Birmingham City and terminated El-Hadji Diouf’s contract. Although Yakubu may put a strain on the budget of the next Venky’s advert, they have extra fire-power and the squad is better placed to survive than they were on August 13. Everton however no longer seem certified to make the top 10 now that their creative fulcrum Arteta has moved to north London with no replacement signed to fill the void, while Stoke City and Aston Villa’s additions could, or rather should, see them usurp the Merseysiders. QPR meanwhile suddenly have a Premier League look about them with Joey Barton, Anton Ferdinand and Shaun Wright-Phillips – every club’s new foreign owner’s trinket – on board.

One thought on “Shut out that draught! Five things to conclude from the transfer window”