The League of Ireland story of the week was Shamrock Rovers. Firstly, on Thursday night the Hoops played AC Milan in a mouth-watering Europa League second qualifying round tie at Tallaght.

Rovers put it up to the Italian giants as best they could. In truth, the Rossoneri were that bit quicker of thought, quicker of feet and stronger than their opponents however and the 0-2 win was no more than Stefano Pioli’s star studded-side deserved.

The opening goal came unsurprisingly on 23 minutes from Zlatan Ibrahimovic. Rovers tried pressing around Milan’s high press throughout, but Pico Lopes couldn’t clear his lines after Joey O’Brien and Ronan Finn held the ball up. Theo Hernandez played the ball to Ibrahimovic and his one two with man-of-the-match Hakan Calhanoglu gave him the space to shoot with his right low to Alan Mannus’ right. 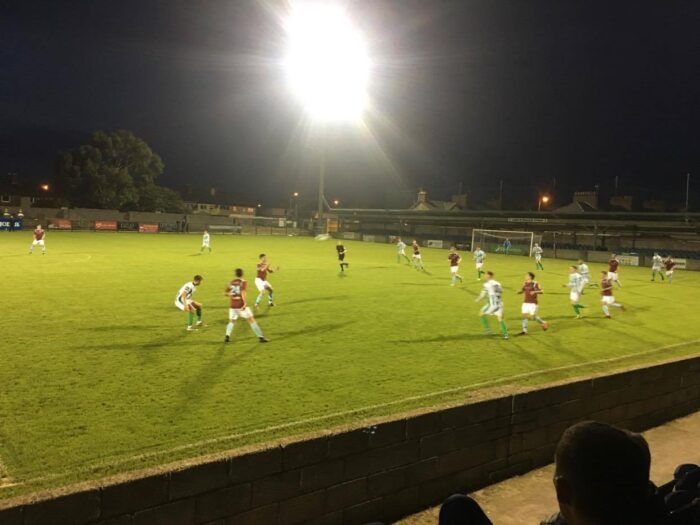 A second goal deservedly arrived from the main man Calhanoglu on 67 minutes. The Turkish international unleashed a bullet from the edge of the box and when the ball beat Mannus and hit the back of the net, Rovers’ chances of avoiding defeat evaporated.

There was joy for Rovers on Monday night at Tallaght as they hammered Waterford 6-1.

This weekend was also notable as it was the first time crowds have been allowed into stadia post COVID-19 lockdown.

It was a real baptism of fire for new Waterford manager Fran Rockett as The Hoops scored four goals in eight minutes either side of half-time through Aaron Greene, Roberto Lopes, Lee Grace and Jack Byrne against a shell-shocked Blues side. Although in the second half Michael O’Connor got one back for Waterford it was in between goals from Graham Burke and a late strike by Dean Williams.

The win means that Shamrock Rovers need a maximum of 12 points from their remaining six league games to win the League of Ireland Premier Division for the first time since 2011.

Elsewhere, Bohemians did just about enough to maintain pace with Rovers winning 0-1 against Sligo Rovers at the Showgrounds.

The Dubliners finally broke the deadlock on 80 minutes when André Wright was allowed space to connect with a cross from the excellent Dawson Devoy. Wright tucked the ball past Ed McGinty for his fourth goal of the campaign.

Sligo couldn’t force an equalizer late on and both sides now look to be chasing the European placings below the league title winners.

St. Patrick’s Athletic and Derry City drew 0-0 in a drab affair on Friday night. It’s the sixth match in succession that Pat’s have failed to score. Both sides are now on 13 points and are pulling away from the relegation scrap.

Shelbourne meanwhile dropped points in their effort to avoid the drop – and indeed considering the extremely congested nature of the league table – a win would have put them in contention for European placings.

Ian Morris’ side could only draw 1-1 with Finn Harps however, a point which crucially took the Donegal outfit a point clear of Cork City at the bottom of the table.

Ciaran Kilduff headed the Reds into a deserved lead in the first half but they faded after the break and finished with ten men after captain Luke Byrne was harshly red carded.

The visitors equalised nine minutes into the second-half after Ryan Brennan saw his header saved by Mark McGinley before Barry McNamee found the back of the net. 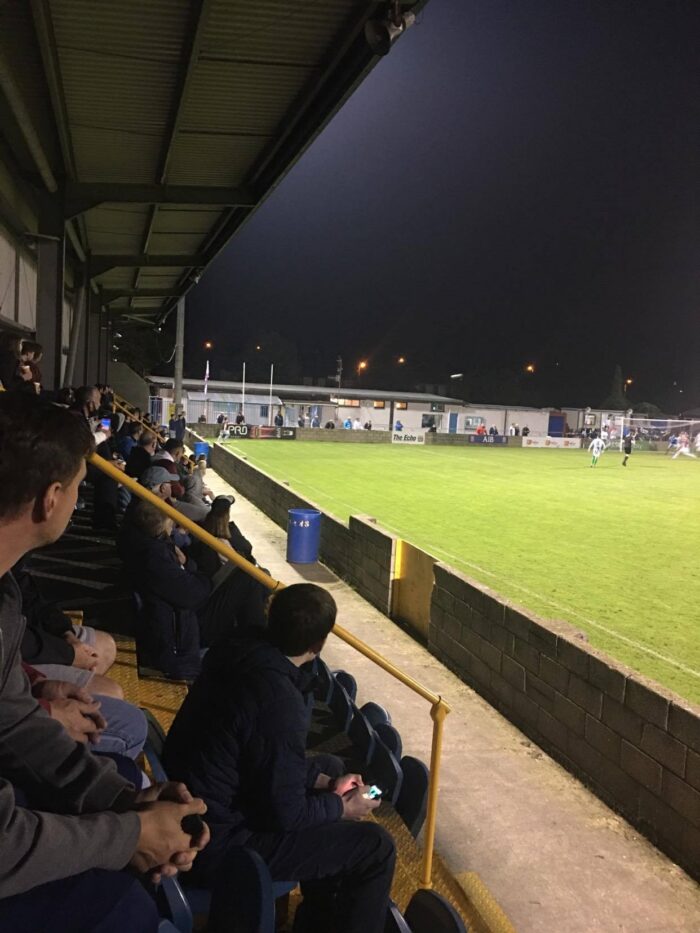 In the First Division, Bray Wanderers extended their lead at the top to five points with five matches to play (albeit Drogheda United in second have a game in hand) after Bray hammered Longford  Town 3-0 on Friday night before a hard fought but ultimately deserved 1-2 win at playoff chasing Cobh Ramblers on Monday night.

Ramblers will be disappointed with how they conceded the two goals from headers from corners with the scorers (Joe Doyle and former Cork City man Aaron Barry) scoring close range headers directly from corner-kicks in each half. Results elsewhere mean that Ramblers themselves remain three points off the promotion play-off places with five games to play.

Galway United meanwhile made it five wins from five outings under new manager John Caulfield. They left it very late on Monday night against Cabinteely though, a 99th minute Stephen Christopher free kick crept under the crossbar despite the best efforts of goalkeeper Corey Chambers to claw the ball away from the back of the net.

The goal was met by scenes of wild celebrations from the Galway United backroom team and players as they ground out a lucky three points which could prove crucial to their season.

The result now sees Galway United move to within three points of Cabinteely and The Tribesmen are only outside the promotion play-off places on goal difference from UCD.

Monday was a bad night all round for The Students as Longford came back from trailing at half-time to totally outclass College in the second half, winning 3-1 on the night thanks to goals from Shane Elworthy, Sam Verdon and Rob Manley.

Elsewhere, Athlone Town won 0-1 at Wexford in a match irrelevant to the promotion picture.