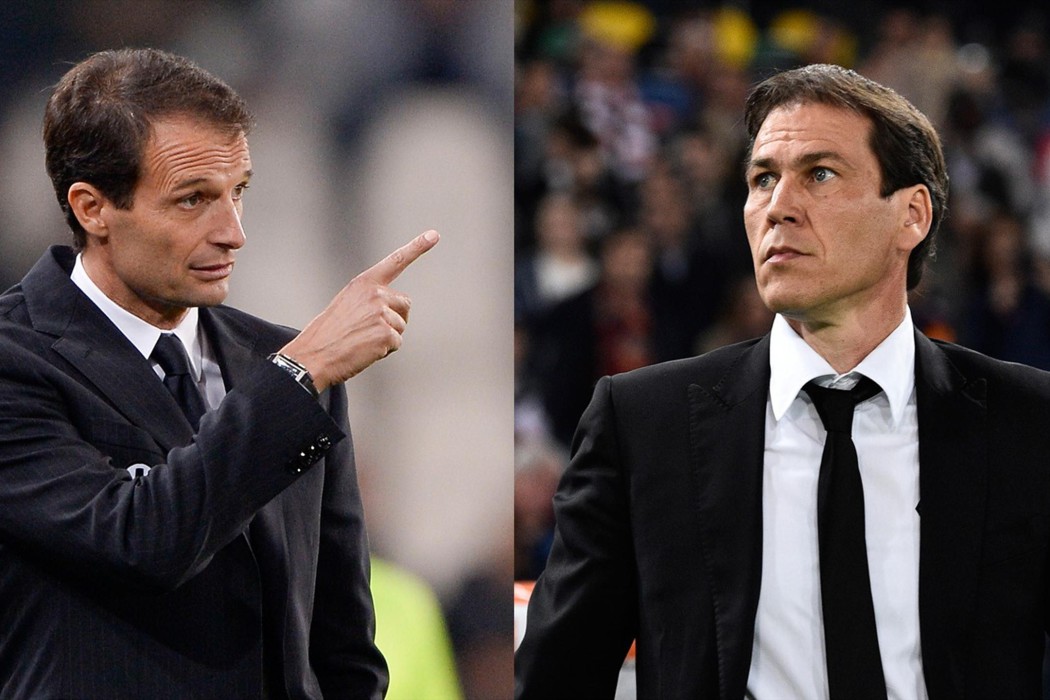 It is perhaps not the most exciting of times when a title race forms a familiar pattern so early, but in Italy it looks as though there will be no great mutineer from the chasing pack as Juventus and Roma continue to set a pace seemingly unattainable for the supporting cast.

After playing out a two-horse race last season, Italian football’s premier forces are again towering above the Milan clubs, Napoli, Lazio, Fiorentina and the assembly of others and it appears that they are set to lock horns once again and leave the despairing pack scrambling in their wake.

Both teams have started impeccably this season, racking off five consecutive wins to leave them as the only two sides to maintain a 100% start. One of those records will undoubtedly end on Sunday night, but it will by no means indicate what way the Italian power struggle will swing this season, rather representing the biggest opportunity so far this season to edge ahead.

The Bianconeri go in as slim favourites, having won the league title three years in a row while they also did a domestic double over the Giallorossi, which included a 3-0 win in the corresponding fixture at the Juventus stadium.

Massimiliano Allegri has settled in well in Turin as Antonio Conte’s successor. After overseeing a comfortable start to his tenure as the players continue in a system largely similar to the one implemented by Conte, the clash against Roma is the toughest clash Allegri has faced yet and will give him the clearest picture of his squad’s resilience after a bruising defeat to Atletico Madrid in the Champions League on Wednesday.

However, he also faces a tough battle in winning the hearts and minds of the die-hard Bianconeri fans who are still reeling from the heart-breaking departure of his beloved predecessor. Whereas the Italian national coach was Juve through and through, Allegri comes having been most recently associated with bitter rivals AC Milan and it is this history that cloaks the relationship between fans and coach with animosity. It now feels that, after the defeat to Madrid at the Vicente Calderon, Allegri’s real test has truly begun.

Roma have started the season very much in the same manner as 12 months ago, when they set a new Serie A record of ten consecutive wins to begin the season. Unlike Juventus, Rudi Garcia’s men are fresh off a more positive result in European competition, as they battled well to a 1-1 draw with Premier League champions Manchester City at the Etihad Stadium on Tuesday night.

Part of their sustained success has been down to their inspirational captain Francesco Totti, who at 38, became the oldest goalscorer in European club football history when he deftly lofted the ball over Joe Hart.

Totti’s evergreen brilliance is a cause for concern for Juventus’ unimpeachable defence, who will also surely be run ragged by Roma’s impressive collection of attackers which includes an in-form Gervinho, Mattia Destro and the eye-catching Alessandro Florezni.

The defensive trio of Giorgio Chiellini, Leonardo Bonucci and Martin Caceres have stood firm against everyone they have faced so far and will have to be in top form to keep out Roma’s fluid attacking unit.

If there is one thing that has irked Garcia from the beginning of his tenure it has been the inability to defeat Juventus in the league, having lost 3-0 and 1-0 last season despite overcoming them in the Coppa Italia. There remains the sense that, if Roma are to consistently tussle with Juventus at the summit of Italian football, they will have to figure out a way to defeat their main rivals in a head-to-head battle.

Last season’s clash at the Juventus stadium was an evening to forget for the Giallorossi, as they were outclassed and outplayed while Daniele De Rossi and Leandro Castan were both sent off in the space of two minutes. That victory gave Juventus a great deal of momentum in the title race and Roma never really recovered from that point. This weekend, they are hoping for another unforgettable trip to Turin, but unforgettable for different reasons.

Roma’s defensive line are unfamiliar, with Manolas, Yanga-Mbiwa and Ashley Cole all summer recruits, but they seemed to have gelled reasonably well so far this season. Cole and Maicon are vastly experienced full-backs, which is essential when ushering in new central defenders into Italian football. They have performed competently so far this season and did an impressive job in containing Sergio Aguero and Edin Dzeko and the exact same standard is required to quell Carlos Tevez, who is enjoying a particularly prolific spell in front of goal with six in his last five outings.

The midfield three of Nainggolan, Keita and Miralem Pjanic are likely to be retained and it is this part of the pitch that signifies the essential battle for Roma and Juventus. With the absence of De Rossi and Kevin Strootman in the middle, the importance of Keita and Nainggolan’s job has been emphasised heavily. They are likely to be facing Arturo Vidal and Paul Pogba, one of the most impressive midfield partnerships in world football and will surely guarantee an explosive match.

It is fair to say that Juventus’ defence looked to be far from their best during the defeat to Atletico in midweek and this performance should prompt an attacking approach from Roma. Sitting back and affording the Serie A champions a great deal of respect is ill-advised and will likely lead to a matter of waiting for Juventus to break the deadlock and see the match out.

With the burgeoning confidence of Roma’s attacking line, it is imperative that they sufficiently utilise the mercurial talents of Gervinho and Pjanic and fully express themselves. It is important to lay down a marker for the new season and signal their intent and unfortunately, a similar performance to last season’s crushing 3-0 defeat would portray regression and not evolution.

An important match for both clubs, it already has the feeling of must-win, even at this early stage of the season and is sure to be box-office entertainment. For Juventus and Allegri, it is simply a case of bouncing back from the disappointment in the Champions League. Roma, on the other hand, are desperate to show they are serious contenders for their first Scudetto since 2001. Defeating Juventus away is the greatest possible step they can take to making that dream a reality.