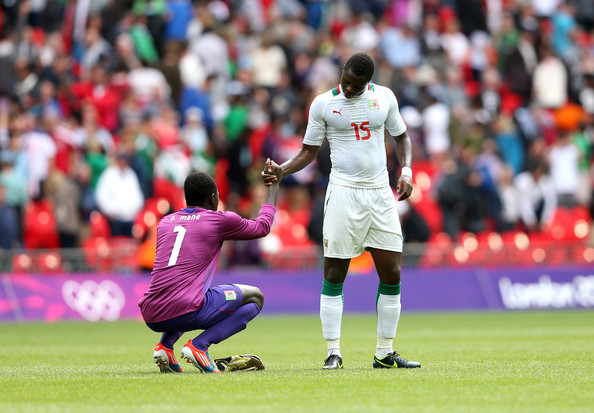 Ten years ago, at the 2002 World Cup, Senegal shocked the world in their debut in the tournament, beating then-world champions France 1-0 in the opening game of the competition.

The result caused a sensation, as Papa Bouba Diop’s 30th-minute goal and subsequent dance around his shirt at the corner flag brought back memories of Cameroon’s fabulous run in the 1990 World Cup.

The Senegalese then followed that result with draws against Denmark and Uruguay, to qualify from their group in second place, and a second-round match with Sweden.

The drama continued against the Swedes, as after falling behind to a Henrik Larsson strike in the 11th minute, Henri Camara struck an equaliser in the first half, then a ‘Golden Goal’ in the 104th minute, securing his country’s passage to the World Cup quarter-finals.

Unfortunately, Senegal came unstuck in extra time against Turkey in the quarter-finals, conceding a ‘Golden Goal’ themselves this time to Illhan Mansiz, but their team of relative unknowns had made a superb impression on the world of football, and many then transferred to big clubs in Europe, especially in the English Premier League.

Now, ten years later, a new crop of Senegalese players have once again made a big impression on the world, this time as they reached the quarter-finals of the Olympic Games football tournament before losing in extra time to Mexico.

In the aftermath of that defeat, could their squad of young players be about to make the step up, and be another generation of Senegalese footballers that impose themselves on the top leagues of European football?

The indications so far look promising. Firstly, one player who looked impressive was goalkeeper Ousmane Mane, who currently plays for his hometown club Diambars in Senegal. The 21-year-old Mane showed a great command of his penalty area, and especially against Mexico exhibited a great deal of bravery in the face of the Central Americans’ relentless attacks. Surely he will look to make a step up from Senegal’s National League 2 Poule B, the second tier of their club football.

Further up the pitch, defender Pape Souare is another who brought a great deal of attention to himself. His defensive play was superb, and his crossing ability was second-to-none for most of the time, as he gave opposition defences a great deal of concerns. He currently plays for Lille in France’s Ligue 1, and while they finished third last season, his performances may well have caught the attention of other clubs on the continent, particularly those in need of a left-back who can also deliver a killer cross.

Finally, striker Moussa Konate was arguably Senegal’s best player of the tournament, as he scored five of their six goals, topping the leading goalscorer charts after the quarter-final stage ahead of Brazil’s Leandro Damiao. His clinical finishing will almost certainly have attracted the attention of numerous clubs across Europe, with various Premier League clubs including West Ham, Stoke and Newcastle reportedly interested in securing his signature. If the newspapers are to be believed, Israel’s Maccabi Tel Aviv are highly unlikely to hold onto their new star striker.

Unfortunately, these performances by those players must be taken in context. Some good performances at a major international tournament does not mean world domination by any means. One only has to look at the case of El Hadji Diouf, one of the stars of Senegal’s 2002 World Cup campaign but found wanting at the highest level of English football after a big-money move to Liverpool.

However, those three players and many other besides should be seen as good prospects for the future, having gone a long way to proving themselves and showing their potential to the wider world. Expect intense speculation over the coming weeks, as their respective futures become clearer during the summer transfer window.