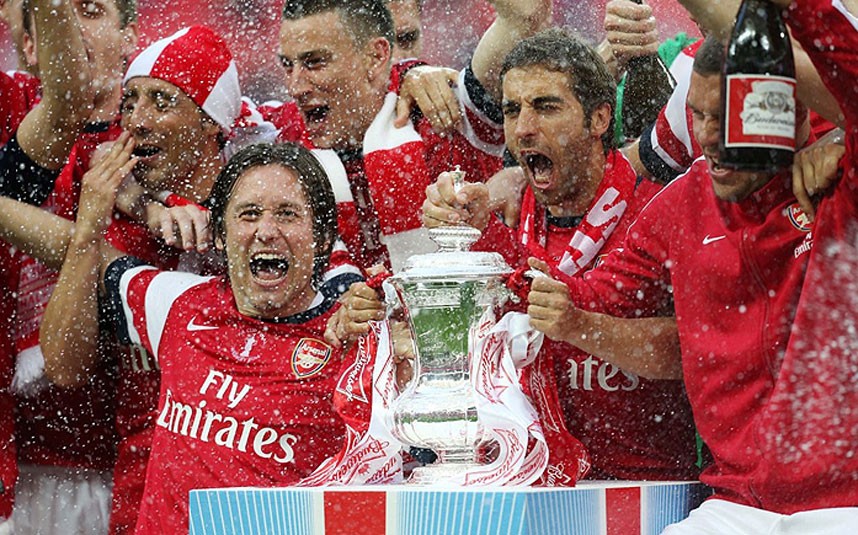 Having spectacularly ended their nine year trophy drought with a classic comeback in the final against Hull, Arsenal find themselves in the unusual position of having very little pressure going into the new season. With the bee in the bonnet of not having won a trophy in eight seasons off their backs, they can finally begin to focus on more important matters, such as a sustained Premier League title challenge. Wenger has made his (and the club’s) ambition abundantly clear in this window by securing the services of Alexis Sanchez, David Ospina, Calum Chambers and Mathieu Debuchy – with time and money to spare. Certainly a stark contrast to a year ago where at this stage of the transfer window Arsenal had spent nothing: only bringing in Yaya Sanogo on a free.

Despite the calamitous start to the last season – with a 3-1 home defeat on the opening day to Aston Villa combined with a hugely frustrating transfer window prompting probably the severest anti-Wenger backlash in his eighteen year tenure, the end of the drought combined with the precedent set down by the signing if Mesut Özil made it a successful season for the Gunners.

This year however, more is expected. A serious run as real contenders for the Premier League represents ‘par’ for Arsenal this season whilst a decent Champions League campaign is also long overdue. Winning the FA Cup gave a great weekend out for Arsenal and their fans, but in the long term its main impact will have been been to leave a taste for the finer things. With a record breaking kit deal with Puma coming into effect as well as the signing of Sanchez and possibly a new holding midfielder, as well as the return of the three world cup winning Germans, there is something in the air at Arsenal at the moment, the days of scrapping for fourth place should be behind them now.

Quite a lot actually. First and foremost, Arsenal have got rid of quite a few long standing players like Bacary Sagna, Lukasz Fabianski, Nicklas Bendtner, and Johan Djourou. Sagna in particular looks to be the biggest loss with Arsenal’s ‘Mr Consistent’ departing the club after seven seasons, having made two appearances in the PFA team of the year and finally ended his trophy duck with the FA Cup win last year. Thomas Vermealen may also be headed out the door, with a lack of playing time and reports of a stripping of the captaincy unsettling the former fans’ favourite.

Incoming, Wenger has acted unusually quickly, bringing in Mats Debuchy as a direct replacement for Bacary Sagna. Having displaced Sagna in the France team this World Cup, Arsenal fans can be confident they have a capable replacement in Debuchy – and with Hector Bellerin (an exciting La Masia graduate) coming through the ranks, as well as the arrival of youngster Calum Chambers, the right back position looks to be relatively well stocked. David Ospina has also come in to replace Lukasz Fabianski as a second choice keeper, although is sure to push Wojciech Szczesny for the number one spot, which can only be good news for the ever improving Polish goalkeeper’s development.

Meanwhile, the elusive ‘world class centre forward’ conundrum may finally have been solved with Alexis Sanchez coming in. Wenger described Sanchez as having “all the attributes of a modern striker”, perhaps giving a small clue as to where Alexis will be deployed (especially after Theo Walcott returns from injury). Finally, Joel Campbell, returns from his loan spell at Olympiacos and from the World Cup with Costa Rica – having impressed in both. The 22 year old has spent three successive seasons on loan but looks finally to be having a crack at the Arsenal first team, tweeting: “Costa Rica see you soon, on my way to fight for my dreams.”

Despite all this, there may yet be more movement at the Emirates and Wenger’s transfer business is in no way finished yet with him still reportedly in the market for a holding midfielder and another centre back.

Finally, Arsenal will for the first time in their history wear Puma manufactured shirts this year, having signed a record breaking deal worth over £30m a year – thus ending a 20 year long partnership with Nike.

There are many candidates for this mantle, including Laurent Koscielny, Mesut Özil and Theo Walcott, but the player who Arsenal are most dependent on it is Aaron Ramsey.

Many assumed that Jack Wilshere would be the one, at this stage, staking a claim for the Arsenal captaincy – but from the depths of being shunned by many of Arsenal’s own fans and being stripped of the Wales captaincy, Ramsey emerged as Arsenal’s stand out performer last season and his all round contribution to the team is what makes Arsenal tick. Arsenal had a win rate of 70.6% with Ramsey playing last season (as opposed to 55% without), with the Welshman clocking up sixteen goals and nine assists. Furthermore, at the time of his injury, Ramsey was in the top three for all of touches, assists, passes, tackles won and goals from midfield. One can only wonder where Arsenal might have been at the end of the season had Ramsey stayed fit – but he did make it back in time to win Arsenal the FA Cup in the 109th minute. There is no question, his ability to stay injury free will be a huge factor in any potential title threat Arsenal may pose.

Serge Gnabry struggled to make a real impact last season, despite flashes of brilliance – but the young, pacy winger is tipped to be a big star for the future, with Joachim Löw one notable admirer: “He is a talented forward with excellent skills and he is also doing fine for his club. Of course, we are having close eyes on his personal progress at Arsenal FC.”

After scoring his first Premier League goal against Swansea, injury problems as well as the form of Oxlade Chamberlain in the second half of the season limited Gnabry’s ability to breakthrough but this may yet be the young German’ year. If new signing Alexis Sanchez is to be deployed as a forward and Chamberlain continues his development into a more central player. Gnabry may end up becoming Arsenal’s second choice right winger behind Theo Walcott. With Walcott set to miss up to the first three months of the season, Gnabry might be presented with a chance to make a lasting impression.

Arsenal fans expect a title challenge, and rightly so. With the challenges of the stadium debt and the trophy drought well and truly conquered, it’s about time Arsenal progressed into this promised ‘new era’. Indeed, if they are able to keep all their key players fit and get the best out of Mesut Özil, Theo Walcott and Alexis Sanchez – whilst keeping their usually solid defensive line together, they should go far. But with their injury record and (as yet) lack of real anchor in front of the defence, it’s difficult to see them eclipsing City and Chelsea over 38 games.