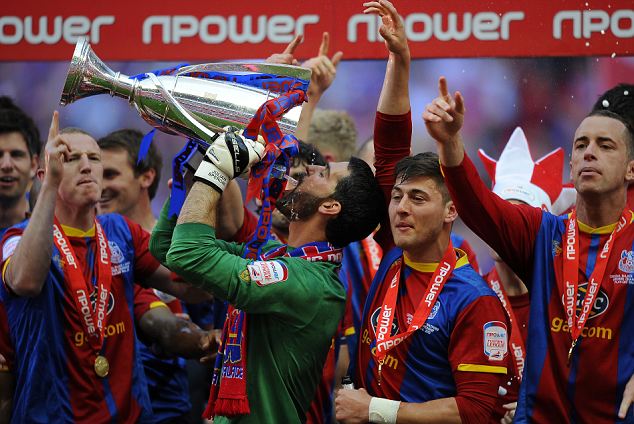 Last time Crystal Palace lined up for a Premier League season things were a little different. Arsenal had just gone a season unbeaten, Millwall were lining up in Europe, and Iain Dowie was hot property. Despite the Premier League breakthroughs of Wayne Routledge, Ben Watson and Andy Johnson, Palace were relegated with a final day draw at Charlton. Managerial promises of “bouncebackability” proved unfounded, and administration in the Championship eventually followed.

This time around, Palace are once again favourites for relegation. Promoted with the worst defensive record of the Championship’s top ten, and with their attacking triumvirate dismantled by transfer and injury, it is easy to see why their stay is again expected to be short lived. Much of last seasons success was based on the success of their forward three, with target man Glenn Murray flanked by the pace and trickery of Yannick Bolasie and Wilfried Zaha. However, 30 goal Murray is expected to be out until the New Year with the cruciate ligament injury he suffered in the play off semi final against former club Brighton, Zaha has made the move to Old Trafford, and Bolasie ended the season in and out of the side.

At the other end of the pitch, the prospect of the likes of Gareth Bale and Luis Suarez running at Danny Gabbidon and Damien Delaney is likely to be giving some supporters nightmares. Worryingly, although perhaps not surprisingly for a Holloway side, the Eagles haven’t been linked with defensive reinforcements, and look like starting the season with a defence lacking in pace and Premier League quality.

There are some shoots of hope for Palace fans. If they can maintain their impressive home record, then they might pick up enough points at Selhurst Park to give them hope of survival, whilst their attacking play is likely to win them admirers. But admirers are no good if the team is ultimately relegated, just ask Blackpool, and Holloway must hope that his gambles in the transfer market pay off. 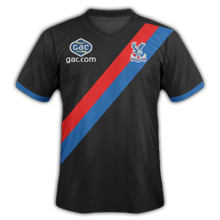 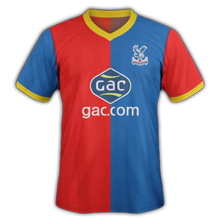 For a newly promoted side light on Premier League experience, the Eagles have been slow to spend their estimated £120m promotion bounty. They have resisted the urge to spend big on one marquee signing, instead preferring a more frugal approach.

Spain U20 captain José Campaña has signed from Sevilla and could prove a bargain buy at £1.7m, if he lives up to his promise. He is likely to play alongside Mile Jedinak in midfield, providing competition to KG Dikgacoi. Further up the pitch, attacking midfielder Stephen Dobbie has made his loan move from Brighton permanent, and is likely to compete with Jonny Williams and Owen Garvan for the attacking midfield berth.

Jerome Thomas has arrived on a free transfer from West Brom, providing Premier League experience and pace from the wing. Holloway is in the market for another wide player, with a deal for trialist Quincy Owusu-Abeyie in the pipeline, as he looks to replace the departed  Zaha.

Last season’s forward line consisted Zaha,  Bolasie and Murray, and so this season will see a new look attack. Palace broke their transfer record to sign Peterborough forward Dwight Gayle, for a reported initial fee of £4.5m. Gayle scored 13 goals in 29 appearances for Peterborough last season, but is a big gamble to lead the line due to his inexperience. Holloway is still in the market for another striker, and is looking for a target man to replace the injured Murray, with persistant links made to Croydon born Carlton Cole.

Upon taking over from Dougie Freedman in November, Holloway stuck to the sides 4-2-3-1 formation. This may need tactical tweaking in a higher division, with Palace’s full backs often left isolated behind their attack minded wingers.

The back five largely picks itself, with the only decision left being whether to play Dean Moxey or the returning Jonathan Parr at left back. KG Dikgacoi looks likely to pay for his inconsistency over the last two seasons, and will make way for new signing  Campana in midfield. The Spaniard will add a creative dimension next to the combatative Jedinak, with Jonny “Joniesta” Williams likely to play ahead of them, preferred to Stephen Dobbie for his ability on the ball.

In wide areas,  Thomas and Bolasie would appear the obvious choices, but if Bolasie’s poor end of season form is deemed to have carried on into the new campaign, then Williams may end up pushed wide, with Dobbie central, narrowing the midfield.

Up front, Holloway has been looking for a target man to replace Murray and compete with the inexperienced Gayle, with concerns over Gayle’s ability as a lone Premier League frontman. Should he get his man, then Gayle could find himself forced to cut in from wide, or playing off of another striker, which would represent a significant tactical change from last season’s side, which was built around a lone target man benefitting from two quick wide players hugging the touchlines.

Mile Jedinak. The Australian international assumed the captaincy last season in the absence of the injured Paddy McCarthy, and led the team to Wembley glory. The fact that Jedinak beat top scorer Glenn Murray, and Manchester United signing Wilfried Zaha to the player of the season award at Selhurst Park last season, shows his importance to the side. Operating in front of the back four, his tough tackling protection of the defence will continue to be key for Palace in the Premier League, especially if playing alongside new signing Jose Campana, rather than the more robust KG Dikgacoi.

Dwight Gayle. The Eagles will be hoping that their new club record signing can make the step up to the top tier look as easy as he made the step up to the Championship look last season. Continuing his meteoric rise up the football pyramid, the pacey striker had yet to start a Football League game this time last year, before productive spells at Dagenham & Redbridge and Peterborough. Inevitable comparisons with club legend Ian Wright have followed his move, and if Gayle is half the player Wright was, then he can help fill the void left by injured 30 goal Glenn Murray.

Tottenham (H), Stoke (A), Sunderland (H), Manchester United (A), Swansea (H). The fixture computer could have been far harsher on the newly promoted side. Whilst they face top four contenders Tottenham, and Manchester United in their opening games, they have winnable matches against Stoke and Sunderland between them. For a team that built last season’s success on making Selhurst Park a fortress, they will be pleased with a home start, and to have three home games in the opening five.

Palace have been relegated in each of their five previous seasons in the Premier League, and can expect a season of struggle this time around. The Croydon side’s defence is Championship standard, and the firepower that compensated for that last time around has been weakened by Murray’s injury and Zaha’s exit.