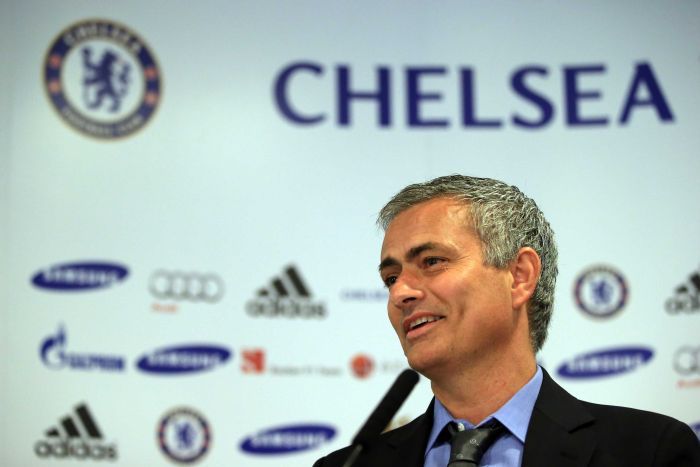 Although the last decade has been laden with success for Chelsea it has now been three seasons since the Blues last won the Premier League. Of course the Champions League trophy has finally been attained but the Premier League should still be a very important trophy for the London side. Indeed it is Chelsea who perhaps can present the strongest case for being the side to wrestle the title away from Manchester. Chelsea are one of three top sides who now have a new manager but unlike Manuel Pellegrini and David Moyes up north their new man has been in this situation before.

In recent years the club has become more pre-occupied by cup competitions as uncertainty over managers and poor starts have left them with too much by the time they actually settle. Now Roman Abramovich looks to have some stability by re-appointing “The Special One” on what could be end up being a very long term deal. Jose Mourinho arrives back in London with less glitz and glamour but seemingly more focuses, his time away from England has hardened him a little.

He remains one of the best managers in the game though and any side managed by him will always be hard to contend with. Mourinho’s experience in Premier League title fights could be critical as the season progresses, if he can keep his cool then Chelsea should do well. He’s going to have to rebuild the spine of the team because a lot of them are older now but Chelsea seem to be entering an exciting new phase. Abramovich’s heavy investment in the club’s youth system now means that there are a number of promising youngsters at the club, both academy grown and bought from abroad. 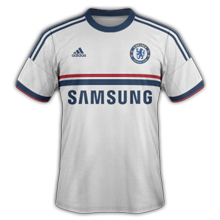 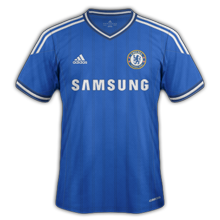 Other than Mourinho’s return there have been three personnel arrivals as well as the return of a whole host of loanees. Marco van Ginkel and Andre Schurrle have joined from Vitesse and Bayer Leverkusen respectively whilst experienced goalkeeper Mark Schwarzer has been brought in as competition to Petr Cech. Schurrle is a player that Chelsea have chased for some time now and this deal was already virtually completed before Mourinho’s return was announced. The German is a powerful player and he works best operating on the left hand side where he loves to cut in and shoot on his favoured right foot. Unfortunately Chelsea already have a man in that position in the form of Eden Hazard and it is unlikely that the Belgian will be displaced as first choice.

Van Ginkel can operate either in the centre of midfield or behind the front man and there are many around Stamford Bridge who believe he might be seen as the successor to Frank Lampard. The Dutchman has a lot of potential and his hardworking ethic should see him in good stead under Mourinho. Schwarzer’s arrival sees the first real bit of competition Petr Cech has had at Chelsea since Carlo Cudicini. Obviously the long-term for Chelsea between the sticks is Thibaut Courtois and this looks like it could be the youngster’s final season on loan at Atletico Madrid. Schwarzer has come in on a one year deal as a stop-gap and to keep Cech on his toes.

Of course the deal that everyone is talking about is the possibility of Wayne Rooney moving to Stamford Bridge. Rooney is said to be unhappy at Old Trafford and whilst there has been no transfer request Mourinho has labelled Rooney his “only” summer transfer target. The player clearly isn’t what he was but if anyone could get Rooney firing again it would be Mourinho. The Portuguese is thought to be a huge admirer of Rooney and the player is said to reciprocate the feeling. He would be a very expensive transfer for Chelsea both in terms of fees and wages but he could be the man to propel them to the title this year.

When Mourinho first joined Chelsea he implemented a very attacking 4-3-3 which could very quickly become an ultra-defensive 4-5-1. Since he left both Mourinho and Chelsea have moved to more of a 4-2-3-1 formation and it looks highly likely that will continue after watching a couple of pre-season matches. Petr Cech will remain in goal and Ashley Cole will obviously remain at left-back. At right-back it looks like Branislav Ivanovic and Cesar Azpilicueta will compete for now with Wallace going out on loan.

Centre-back throws up an interesting scenario with Tomas Kalas seemingly joining the first team squad and John Terry being told he isn’t guaranteed a first team place. In midfield Michael Essien has looked strong in pre-season and he’ll be competing with Frank Lampard and Ramires for a starting place. The attacking three provides even more competition with Juan Mata, Hazard, Oscar, Schürrle, Victor Moses, van Ginkel and Kevin de Bruyne all in competition. Up front Romelu Lukaku, Demba Ba and Fernando Torres will hope to earn a starting spot. At the moment it is extremely tricky to guess Mourinho’s starting line-up and we may gain some insight in the latter pre-season matches.

The star of the Chelsea show is undoubtedly Juan Mata, when he plays well Chelsea look so much more dangerous. The Spaniard scored 17 goals and created 22 assists overall last season although he will miss the first match of the season as he is given an extended break. It may seem risky but Mata deserves one after having football every summer since 2010, it is arguably riskier to overplay him. When he is fit his mesmeric close control and wonderful range of passing make him one of the most dangerous playmakers in the world. There have been attempts to unsettle him this summer but Mourinho would be a fool to let a player of Mata’s calibre leave.

Chelsea’s Belgian contingent is growing season by season and although most eyes will be on Romelu Lukaku the player I can’t wait to see in the Premier League is Kevin De Bruyne. The midfielder was in good form on loan at Werder Bremen last season and he has been Chelsea’s most impressive performer in pre-season. Unfortunately he sustained a nasty looking injury in the club’s most recent match but it has turned out to be better than first feared and he should be back soon. He could well be one of the surprise packages of the season.

The fixture computer has not been kind to Chelsea with three very tricky matches in their first five and one other potential banana skin. The only game clear-cut result is their opening game of the season at home to Hull. Their following home game is against London rivals Fulham but before that the Blues have to go away to the champions and then Everton. The face-up between Mourinho and Moyes so early on in the season will be fascinating and it will give us an early insight into the two title contenders. Chelsea wrap up their first five with a London derby at White Hart Lane. They could easily take fifteen out of fifteen or end up with just four or five, it will be that tight.

This will inevitably be one of the most unpredictable seasons in Premier League history with at least seven teams possibly laying claim to the title. Chelsea will be looking to lead that pack and with Mourinho at the helm I reckon there is every chance they could win the league. It is going to be tough but this is arguably the strongest the side has looked for a few years since they won the league under Ancelotti. Players have aged but they look to have more than adequate replacements now… 1st