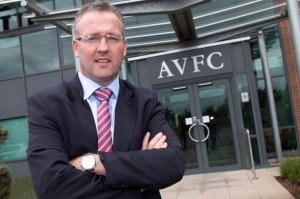 Paul Lambert’s debut season in charge of Aston Villa wasn’t one which the Holte End faithful will want to repeat in a hurry, but which ended with signs of promise from the former Norwich manager’s youthful charges. Certainly, Villa were too close for comfort where the relegation places were concerned and though Lambert’s youngsters at times appeared ready to let themselves fall below the surface – most notably in a humiliating defeat at Stamford Bridge by Chelsea – they fought for their lives and their late season form gives cause for optimism heading into 2013-14. From the outset, questions were asked as to whether Lambert knew exactly what he was doing: Why such faith in unproven youngsters? Why the apparent unwillingness to use experienced guys like Shay Given and Richard Dunne? And why was Darren Bent, who lest we not forget cost £24million from Sunderland in January 2011, no more than a substitute? Christian Benteke proved a resounding answer to the latter. As the season progressed, the good football that Lambert was preaching began to become more noticeable, and the Villains always carried a goal threat, particularly in Belgian international Benteke who helped himself to 19 league goals. Additionally, young players such as Ashley Westwood, Andreas Weimann and Matthew Lowton, began to show that they belonged in the top-flight, Defensively, goalkeeper Brad Guzan excelled in 2012-13, but the rest of the side were found wanting, as a dismal 69 concessions in 38 matches will attest: Indeed, only relegated Wigan and Reading conceded more. That must be improved upon in the coming campaign and whilst captain Ron Vlaar and Lowton are unquestionably first-choice, the other two places remain up for grabs. All-in-all however, Villa appear in stronger health than this time last year, following a tumultuous 12 months. 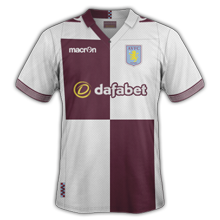 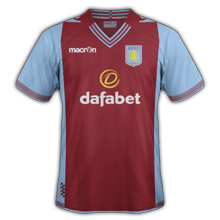 Firstly, Messrs. Bent, Ireland, N’Zogbia and Hutton have been told they have no future at the club, losing their old squad numbers and being handed numbers 39, 40, 36 and 41 respectively. Richard Dunne has already departed the club also. Thus, it’s a case of very much out with the old. As for the new, Lambert has made a number of apparently shrewd purchases from the Eurozone as he looks to add more substance and competition to his first-team squad, whilst simultaneously keeping costs low and finding value for money. Each of Lambert’s new boys fit his young and hungry criteria, as he looks for determined starlets whom he can mould into a vibrant outfit. Spaniard Antonio Luna arrives from Sevilla to challenge Joe Bennett for the left-back spot, Danish international Jores Okore has signed for £4million from Nordsjaelland to challenge for a place alongside skipper Ron Vlaar and Dutch winger Leandro Bacuna offers options on either flank. Another new face, Bulgarian international Aleksandr Tonev, offers an advanced midfield option having joined from Lech Poznan. As a player who looks to find space in between the lines, the 23-year-old offers Lambert added tactical flexibility, should he look to venture away from his preferred 4-3-3 formation. Rounding off Lambert’s new signings from the continent is 6’5′ striker Nicklas Helenius, who joins from Danish club Aalborg after 16 league goals last season. Expect the 22-year-old to act as Benteke’s back-up. Jed Steer, the young Norwich City keeper, has also signed. Aside from new signings, there also appears an increased buoyancy amongst Villa supporters and a feeling of determination that Lambert will improve the club. Another relegation battle would appear the furthest thing from fan’s minds.

For the most part last season, Paul Lambert applied a 4-3-3 formation to the Villains and there is no reason to believe that that won’t continue in the new campaign. Christian Benteke is something of the prototype of the complete modern striker and his retention can’t be understated. Gabby Agbonlahor and Andreas Weimann were his main support from wide last season and will be so again. Their pace and movement from out-to-in key to Villa’s threat, particularly when counter-attacking, whilst the trio’s ability to carry the ball over longer distances offers the defence much needed respite. The great strength of the trio is that each can score/create goals in a variety of ways. In that respect, Villa’s attack is particularly multi-functional and they’ll continue to trouble the sternest of defences. Ashley Westwood’s place in the centre of midfield – something akin to the Italian regista, ala Andrea Pirlo – is certainly secure, his ease of pass and comfort in possession something which came to the fore as the season advanced last year. Continued improvement could see the player, so vital whenever Villa achieve sustained periods of possession, press for international honours. Expect two of Yacouba Sylla, Tonev and Fabian Delph to start alongside him, depending on form/fitness/opposition/circumstance. From a defensive standpoint, Brad Guzan is now the undoubted number one, whilst Matthew Lowton and Ron Vlaar are first choice defenders. At left-back Joe Bennett and Luna will battle for a starting berth – Bennett endured a tough debut season following his move from Middlesbrough, but has been handed the number 3 jersey. Alongside Vlaar, neither Nathan Baker nor Ciaran Clark have cemented a place, and new signing Okore is likely to get the nod over both when the season gets underway. Rather than changes in personnel however, the key changes for Villa’s defence will be from a tactical standpoint: Vertical gaps need to be shortened, full-backs need to be far less isolated than at any point in 2012-13 and the midfield must offer far greater resistance when they are up against it. Simply, that goals against column must not be so troubling again. Strongest XI: Guzan – Lowton, Vlaar, Okore, Bennett – Westwood, Sylla, Tonev – Weimann, Agbonlahor, Benteke

Christian Benteke. The powerful striker was key to Villa’s late season revival, and that he remains at the club this summer, despite interest from elsewhere for figures approaching £20million, will have been music to supporters ears. Still only 22, he mixes physical domination of defenders with searing pace, intelligent movement, cool finishing and an ability to lead the line that shows an experience beyond his tender years. His link-up with Gabby Agbonlahor and  Wiemann from their nominal wide positions provides Villa with genuine attacking threat and his comfort in dealing with balls tossed forward from a variety of angles always offers an outlet. That he remains happy at Villa Park for another year was no doubt the best news Paul Lambert could have received this off-season.

American stopper Brad Guzan will look to continue his excellent form from 2012-13, whilst Matthew Lowton impresses at right-back, steady defensively and adept in attack, particularly with his delivery in the final third. In midfield, the metronomic passing of Westwood offers reliability and the former Crewe Alexandra man has penned a new contract at Villa Park. If the all-action Yacouba Sylla can stay fit he could well have a big impact in his first full season with the club, whilst big things can be expected of new Ivory Coast-born, Danish international centre-back Jores Okore.

A trip to the Emirates Stadium and Arsenal before a home game with Liverpool sees Villa kick off the season with two tough matches. Chelsea’s involvement in the European Super Cup means that their third doesn’t come until after the international break in September, when they play host to Newcastle.

Expectations will be that they finish higher than last season’s 15th place. Retaining Benteke can’t be underestimated whilst last term’s experience will only make Lambert’s men stronger. After a tricky start, expect mid-table.