Since May 24th, 2013, the Gibraltar national football team have achieved many firsts, and have written their names into the history books. On November 19th of that year, Allen Bula’s squad represented the British colony in their first official UEFA fixture against Slovakia, earning a commendable 0-0 draw.

Against the Faroe Islands in March of the following year, Roy Chipolina scored their first official goal in a 4-1 loss and three months later a strike from Kyle Casciaro earned Gibraltar a first official win against Malta. Next month, the national team will reach another milestone when they line up against Poland for their first official qualifier for Euro 2016 in France. 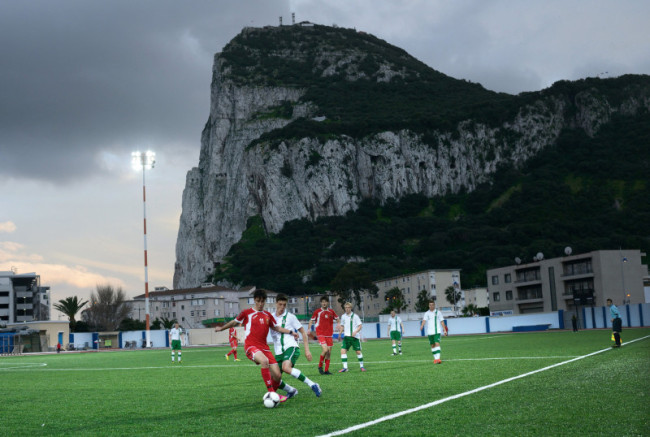 With domestic clubs now making their first forays into European club competition, managers and players being brought into the Gibraltar Premier League and the promise of world class opposition, the future is extremely bright and exciting for fans in the tiny nation.

The guys at GibFootballTalk kindly gave up their time to outline the hopes, fears and goals that fans are hoping to achieve in the upcoming 2014/2015 season and far, far beyond.

How excited are the football fans of Gibraltar about the upcoming, debut European Championship qualifying campaign?

The local fans and the whole community are totally buzzing about the upcoming qualifying campaign and this excitement will continue to build right up until our historic debut vs Poland on September 7th! As soon as Gibraltar became the 54th member of UEFA we all knew that our footballing world would be transformed by having the opportunity of not just competing in the Europa League and Champions League at club level, but also in the UEFA Euro 2016 qualifying campaign at national level.

Having the chance of facing the likes of world champions Germany, Poland and the ‘home’ nations such as Scotland and the Republic of Ireland will be a unique and surreal experience not just for the players, but also for the fans. It is certainly a very exciting time to be involved in Gibraltar football and we are all very much looking forward to the challenging, yet exciting campaign.

Is it fair to say that many people are angry with the Gibraltar Football Association at postponing the start of the Premier League to accommodate a concert, rather than giving international players some valuable competitive match practice before the Poland match?

It must be said that overall there has been a negative reaction not just locally but also abroad as some of our followers on social media have expressed their dissatisfaction at this decision taken by the GFA.

What everyone was really disappointed about was the fact that the fixtures for the new season were released for all leagues by the GFA however a few days later a communication was released confirming the postponement of all Premier League matches due to the concert at the stadium. The decision was not taken lightly as this concert is an annual event organised by the Gibraltar Government which the GFA would have certainly been aware of so fixture planning could have been better.

Most Premier League teams have been in pre-season mode for the last six to eight weeks so the decision was not ideal as all clubs had planned and prepared accordingly for the start of the season in August. Having said that, all clubs have been and are still playing regular friendlies against good quality teams across in Spain and this can only help those national team players involved.

As you can imagine, games against Spanish clubs can be quite competitive regardless of whether they are just pre-season friendlies!

Lincoln and College Europa went out in the First Qualifying Round of the UEFA Champions League and Europa League to HB (Faroe Islands) and Vaduz (Liechtenstein). Were these seen as disappointing results, with many believing they’d go further, or has a gap in class with more experienced nations been identified?

It was a great opportunity for both Lincoln and College to experience the taste of Champions League and Europa League football as this was the first time that clubs from Gibraltar were competing in these illustrious competitions. We knew they were always going to be hard games regardless of who they faced and HB and Vaduz proved to be tough opposition. Both these clubs have been competing in European competitions for just over 20 years so in terms of experience, class and quality they were always going to have the upper hand.

Having said that, both Lincoln and College certainly gave it their best shot and this was fully appreciated by local footballing community. Sure, the name of the game in football is to win, however, right now the experience of a Gibraltar club being able to compete in competitions of this calibre against bigger European clubs is what will allow them to develop and become more competitive in future campaigns.

Both Lincoln and College should be extremely proud of their performances and their involvement can only be a positive step in the right direction for both clubs and for Gibraltar football as a whole.

The squad announced for the Poland international contains a vast majority of domestic based players. Is there still an ongoing debate about whether foreign based players, irrespective of talent, be limited in their numbers at international level?

We feel that the topic about foreign based players being eligible for the Gibraltar national team will continue to be an ongoing debate. The squad announced for the Poland game does contain a majority of domestic based players and this is something that has been received positively. Our very own Aaron Payas has been called up to squad so we are very excited and fully supportive of him!

Head Coach Allen Bula has always made it perfectly clear that he will select players who he feels will give Gibraltar the best possible chance to succeed and if there are well experienced, good foreign based players at his disposal then he will certainly have no hesitation in calling them up.

Which new players in the Gibraltar Premier League are you most excited about seeing in the upcoming season?

There have been various changes at all clubs for the upcoming season and many if not all teams have strengthened by bringing in players from abroad; mostly from Spain, therefore it’s hard to say at this stage. Once the league gets underway we are certain there will be some quality stand out performers and we very excited and eager to see some of the new additions in action.

We feel this can only be a positive thing for the league as the level and overall quality will increase which means that we can all look forward to and enjoy an exciting new season of Gibraltar Premier League football!

Have you got any personal predictions about the season ahead?

Obviously there is so much at stake now in terms of European football and financial gain that the overall level of competitiveness this season will be higher than ever before so we could be looking at a very close finish between a few teams.

One of the most notable transformations for the new season has seen a change in management for Lincoln F.C as former head coach Mick McElwee stepped down after a decade in charge. Many will see this as the end of golden era at the club however last season’s treble winners will still go into the new campaign as favourites.

There are other good, strong teams such as College Europa, Manchester 62 and Lynx FC who you can’t right off and who we feel will be battling it out at the top of the table come the end of the season. Any one of these teams have the potential of knocking Lincoln ‘off their perch’ and end their incredible run of 11 league titles in a row.