Thailand’s quest to become the dominant force in Southeast Asian football might have taken a hit after their disastrous World Cup qualifying campaign.

However, they have a chance to show that a string of crushing defeats to clearly superior opposition haven’t dented their confidence when they take to the field in Malaysia for the 2017 Southeast Asian (SEA) Games. 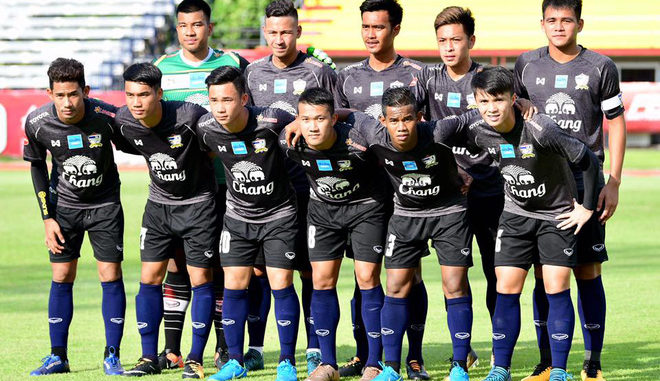 The War Elephants’ under-22 side are set to take part in the competition, shortly after a qualifying campaign for the U22 Asian Championships set to take place in China early next year.

A series of slightly shaky performances saw them scrape through on home soil along with Malaysia, at the expense of Mongolia and Indonesia.

Thailand have a record to protect in the competition, seeing that they have won their men’s football team have won both of the last two tournaments.

The SEA Games have also served as a springboard for many of the country’s top talents, with players such as Chanathip Songkrasin, Tanaboon Kesarat, Theerathon Bunmathan, Sarach Yooyen and Charyl Chappuis playing a significant role in previous triumphs.

Some names that could play a significant role this time around include Bangkok Glass’ Chaowat Veerachat and BEC Tero’s Chenrop Samphaodi.

The former has established himself in the Rabbits’ squad this season, taking up a starring role in the side’s early-season successes.

The latter is now the elder statesman of the team, captaining the side in the U23 AFC Qualifying campaign and finishing as top scorer.

Chiang Rai United will be sending a host of players to the competition this season, which is a glowing testament to how their focus on youth has benefitted the entire country.

Defenders Shinnipat Lee-Oh and Suriya Singmui have established themselves as first-choice picks for manager Alexandre Gama this season, as has new singing Chaiyawat Buran from Muangthong.

All three are expected to have a big impact on the pitch in Malaysia.

Kevin Deeromram and Rattanakorn Maikami are some of the youngest players in the squad, but have firmly established themselves as consistent performers for their club.

Half Swedish left-back Deeromram has made the most of his chances at Ratchaburi this season, galloping forward in an expansive system which has allowed him to demonstrate his best qualities.

The versatile Maikami has featured both in defense and midfield for Buriram this season, putting in performances that have belied his age and are firmly deserving of a place in this squad.

Anon had a flying start to the season, playing alongside Brazilian forwards Jaja Coelho and Diogo Louis Santo in manager Ranko Popovic 3-4-3 system.

However, since the arrival of coach Bozidar Bandovic, Anon has been playing a more withdrawn role in midfield, stunting his productivity in the final third.

Similarly, Wongsakorn’s growth has stunted as the arrivals of Charyl Chappuis and Heberty have limited his opportunities for game time.

The club recently chose to send the young attacking midfielder on loan to Pattaya United, so he may take time to adapt to his new surroundings.

If Thailand wish to solidify their place as the best team in Southeast Asia, and begin to compete with superior Asian sides such as Iran, Japan or Australia, their revolution must begin from the youth levels.

This current crop of players is going to have the incredibly difficult task of living up to their predecessors, whom have been dubbed as Thailand’s ‘golden generation,’ but this tournament will be a good chance for them to prove their quality.