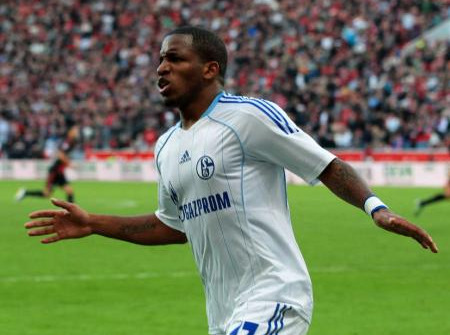 The highest-profile of the weekend’s fixtures was the early Sunday match between rivals and Bundesliga giants Bayer Leverkusen and Schalke 04. Jefferson Farfán scored the only goal for the visitors, and it was a far more entertaining game than the 1-0 scoreline suggested. Farfan’s was a marvellous solo goal. He took the ball from 10 metres outside his own penalty area, and sprinted the length of the pitch with the ball. The Peruvian chose to ignore options to his left and buried an emphatic strike low past Bernd Leno in the Leverkusen goal to win the game towards the end of the game.

Schalke have been known recently for their vast inconsistency. They reached the semi-finals of the Champions League last year, knocking out Valencia and Inter Milan on the way, but one of German football’s most famous teams, were largely disappointing in the league, at times dreadful, and finished 14th, but won the German cup to qualify for Europe. Shackled by Magath’s discipline and inflexibility, the improvements under Ralf Rangnick were slow, but by the end of his short tenure a good formula had been found. They had started the league similarly inconsistently, falling to an awful 3-0 opening-day defeat to Stuttgart, before bouncing back the next week to beat Köln 5-1. Since then, a consistency has been found in terms of performances and in personnel, on the pitch at least.

Indeed, Rangnick shocked Germany with his resignation due to personal problems a few weeks ago, and there were inevitably fears that the club’s progress might be checked by managerial change. But new coach Huub Stevens has largely picked up from where Rangnick left off. It was his third league game in charge, recording his second win, and Schalke sit in 3rd in the table. Joel Matip and Lewis Holtby have sat deep in midfield, with Holtby advancing to link-up attacking play in a 4-2-3-1 system, Raúl and Klass-Jan Huntelaar as the central front two.

Under both coaches, the defence has gradually improved. The bane of the team last season, even at times in this one, it gave a particularly accomplished display in this match. Benedikt Höwedes kept André Schürrle mostly quiet in an intriguing battle down Leverkusen’s left wing, and the rest of the defence performed solidly. As for their opponents, however, it’s been a tough start to the season. New coach Robin Dutt is rapidly earning himself a reputation as a tinkerer, and his many changes in formation seem to have disrupted the team. For instance, he publicly declared midfield duo Simon Rolfes and Michael Ballack incompatible with each other early in the season, only to then pair the two together in the last two matches. If reports are to be believed, he is in danger of falling foul of player power at the club, while there has been little to shout about for Leverkusen fans so far, despite the Werkself’s strong squad. That said, they are still in 9th spot and have admittedly had some tough fixtures to start the season.

Ahead of Schalke in the table are the league’s two title favourites. And after contrasting weekend results, Borussia Dortmund sit just three points behind Bayern München. This may seem a surprisingly low gap considering Bayern’s early dominance of the competition and Dortmund’s relative weaknesses compared to last season. But it was a fourth league win in a row for the champions after their September stutter. They demolished 1. FC Köln 5-0 at the Signal Iduna Park in their best team performance since their opening day win over Hamburg. All five goals came from superb flowing moves in a thrilling display against a poor Köln, the best of which was probably for Shinji Kagawa’s early opener. Mats Hummels chipped a beautiful lofted through ball for Kevin Grosskreutz, who cut back for the Japanese to score from six yards. Other highlights included a defence-splitting pass from Lukas Piszczek for Sven Bender, who then squared for Robert Lewandowski for the third goal. Marcel Schmelzer and Sebastian Kehl were also on target and Lewandowski scored another for the hosts.

Bayern, meanwhile, suffered their first defeat – and conceded their first league goal – since the first weekend. They were beaten 2-1 by Hannover 96. Bayern were the architects of their own downfall in this one, suffering from poor concentration both in terms of defending and temperament. Philipp Lahm conceded a needless penalty for the visitors’ opening goal, a perfect birthday present for the scorer Mohammed Abdellaoue. Then, after a touchline scuffle instigated by a foul by Rafinha on Hannover’s Sergio Pinto, Jérôme Boateng was sent off. Boateng pushed Christian Schulz during an argument involving both sides which had seemed to centre around Pinto’s dramatic reaction to the tackle. It was clear, not just from this incident but from their indiscipline throughout the match, that Bayern’s concentration levels were low and volatile. Hannover’s style was clearly one of the causes of this, who coupled some intelligent attacking play with an aggressive defence difficult to penetrate, which has rather become their trademark. 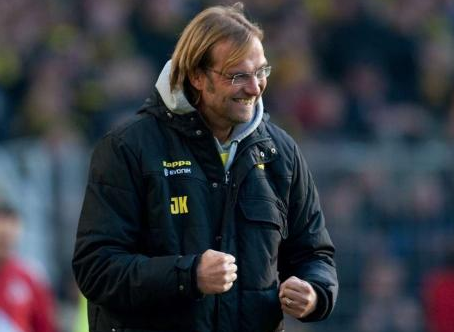 Hannover scored a second, a deflected Christian Pander effort giving Manuel Neuer no chance. Pander was awarded the goal, but it had probably been heading wide before Luis Gustavo’s huge deflection sent it in. The visitors were not just their own worst enemies here; all four of Bayern’s goals conceded this season have been of their own doing – Neuer’s terrible mistake on matchday one, before the remarkable run of clean sheets was ended by Holger Badstuber’s outstretched leg at Napoli, and the two here. One the one hand it shows Bayern’s defence has been extremely good, only conceding four goals through to the end of October, all, to an extent, their own fault. On the other hand they are susceptible to errors too. Hannover’s Steve Cherundolo was also sent off, and David Alaba scored late on as the visitors threatened a comeback. Hannover sit in fourth, showing consistent and reliable form.

Another exciting match was to be seen at Bayern’s neighbours, Bundesliga debutants FC Augsburg, who drew 1-1 with Werder Bremen on Friday. The league’s rank outsiders have been beaten just once in five matches now, despite only winning once this season. It was a brave, if fortuitous point here. Their goalkeeper Simon Jentzsch made some good saves – his performance was all the more remarkable as he was playing with a broken finger – and a defensive mix-up for the visitors allowed Axel Bellinghausen to score the hosts’ opener, before Claudio Pizarro sealed a point for Werder, who fall back into sixth place.

Mario Mandzukic continued his excellent form for VfL Wolfsburg, to make sure Thorsten Fink’s first game in charge at Hamburger SV was not a victorious one. The two sides drew 1-1, Mladen Petric’s goal cancelling out the Croat’s opener. Hamburg are off the bottom of the table after some improved form, while Wolfsburg sit in mid-table.

1. FC Nürnberg and VfB Stuttgart, two sides in contrasting form, shared a 2-2 draw. Francisco Rodriguez’s late equaliser prevented Stuttgart from a first defeat in four. Like Hannover, Stuttgart are growing in consistency. They made an awful start to last season but have been one of the league’s form teams since the turn of the year, and are in fifth.

1. FC Kaiserslautern earned a third straight win with a 1-0 win over SC Freiburg, who replace Hamburg at the foot of the table. 1899 Hoffenheim beat Borussia Mönchengladbach by the same scoreline and Hertha BSC and FSV Mainz 05 drew 0-0.

In midweek, the attention turns to the 2nd round of the German Cup. Two eastern German clubs, Dynamo Dresden and RB Leipzig, were the heroes of round one. Dynamo, back in the 2. Bundesliga for this season, stunned Bayer Leverkusen with a 4-3 win having trailed 3-0; while fourth tier Rasenballsport Leipzig, a new club, founded only in 2009 under heavy investment from Red Bull, caused a major upset by beating VfL Wolfsburg.

And they have been rewarded with tantalising ties this week. Dynamo Dresden are away at Borussia Dortmund on Tuesday, and RB Leipzig host FC Augsburg at the Red Bull Arena, which had been built for the 2006 World Cup. All eyes will be on Saxony this week – clubs from the former GDR are without a representative in the Bundesliga since the 2008/09 season – as another of the “new” state’s sides Erzgebirge Aue also face Bundesliga opposition in Nürnberg.

For a closer look at the recent fortunes of eastern German clubs, especially in the major cities of Dresden and Leipzig, you can read my article “No Club Left Behind? East German football since reunification” in Man and Ball magazine.